In the latest edition of Ref Watch, former Premier League referee Dermot Gallagher runs the rule over the weekend’s big incidents, including what led to West Ham’s winner at Everton and the incident that saw a fan require medical assistance at Newcastle.

FREE TO WATCH: Highlights from West Ham’s win against Everton in the Premier League

INCIDENT: Michail Antonio rose to challenge Jordan Pickford from Ben Godfrey’s sliced clearance. No foul was given on the goalkeeper and a corner was awarded, which Everton disputed. Angelo Ogbonna subsequently leapt above Godfrey to flick home Jarrod Bowen’s near-post delivery.

“I think it is quite refreshing to see a player go up like that. He makes no movement towards the goalkeeper and he doesn’t catch him with his arm. The referee has done really well not to fall in line with a goalkeeper being over-protected.

It’s not in the laws of the game [that the six-yard area is sacred]. You can’t just start say nobody can go and challenge the goalkeeper over the six-yard line. Every ball is there to be challenged for if the challenge is fair.”

FREE TO WATCH: Highlights from Tottenham’s win over Newcastle in the Premier League

INCIDENT: Sunday’s game at St James’ Park came to a halt in the 40th minute, with Spurs leading 2-1, after referee Andre Marriner was alerted to an incident by players and supporters in which a fan required medical assistance.

“What was the process? He had to give the players 10 minutes off. Then they are going to come back and play seven minutes which was four minutes left plus three minutes of added time. They were also going to get three minutes of warm-up time.

After a supporter was taken ill in the stands at St James’ Park, David Ginola reflects on the cardiac arrest he suffered in 2016 and explains the importance of CPR and defibrillators in saving lives

“And it was all about cascading all that info down so that everyone was aware of their timetable. Everybody was in the picture and I think he did a particularly good job in conjunction with the players. I thought the players were fantastic. Sergio Reguilon and Eric Dier with how they helped get the medical people on. I thought it was a really good effort between everybody.

“Also, for the referee, it was also about switching to a different mindset. When the game was suspended it was all about the condition of the person and how we can best accommodate him. Once everything is sorted with that it’s all about how I get back to where I was before this happened, and that is the skill of the guy and that shows why he is at the top level.

“Football, at that time, becomes a community. Everybody pulls together and we saw that with the Christian Eriksen incident at the Euros. We also saw it at St James’ Park. It’s what people do, they come together and that’s the beauty of football. It’s very close knit and people want to help. They don’t want to see unfortunate incidents.” 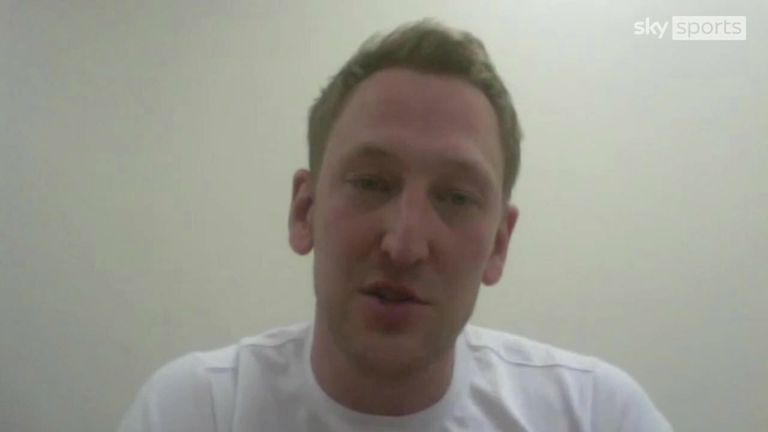 Doctor Tom Prichard, who helped save a Newcastle fan in cardiac arrest, talks about the experience at St James’ Park

INCIDENT: Harry Kane finally opened his Premier League account for the season and it took a VAR intervention to do so. Pierre-Emile Hojbjerg’s through ball caught the run of Kane on the shoulder of the Newcastle defence. The Spurs striker then expertly lifted the ball over the oncoming Karl Darlow and into the back of the net. The flag was initially raised for offside against Kane but VAR adjudged him onside and the goal was awarded.

DERMOT’S VERDICT: “This shows why the late flag is there. You can see he moved very fast, and it was tight when he was played through. It’s the defender on the far side that has played him on and it’s Kane’s body that may have obscured him from the vision of the assistant. That’s why he gave offside but that’s also why VAR is there. It’s a big decision and he corrected it.” 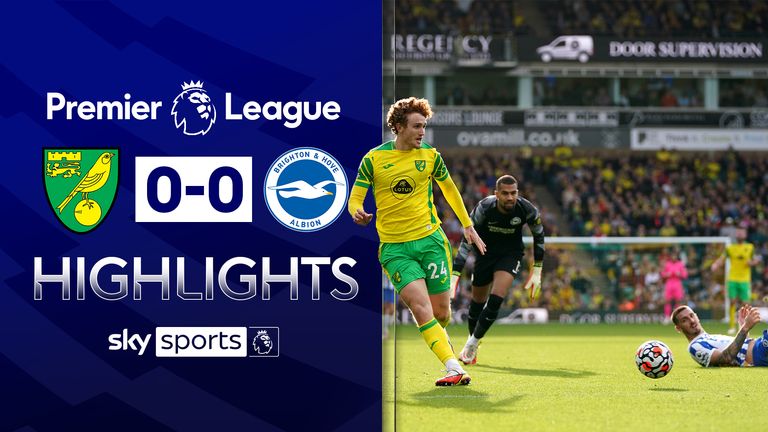 FREE TO WATCH: Highlights from Norwich’s draw with Brighton in the Premier League

INCIDENT: Brighton forward Neal Maupay went over in the box after a touch from Norwich No 1 Tim Krul, but after a VAR check, no penalty was given.

DERMOT’S VERDICT: “I looked at this over and over again and I actually go with the referee. What I’d say is there is minimal contact. There is no doubt he gets a little clip, but it is minimal. We talk about whether it impacts on a player and I don’t think it impacts on Maupay to go down like that. What I would say is the VAR is certainly not going to overturn that.

“The VAR isn’t there to re-referee the game. It is there to ask whether the referee has made a big error and if the referee gives a penalty, he will say there is enough contact to take him down. He will relay that to the VAR and the VAR would say the pictures show he has touched him, and they would stick with the penalty.”

FREE TO WATCH: Highlights from Liverpool’s win over Watford in the Premier League

INCIDENT: Liverpool take a 3-0 lead when Roberto Firmino taps into any empty net, but was the offside Mo Salah interfering with play in the build-up and, if so, does that matter?

DERMOT’S VERDICT: “I’m sure as a defender you’d say this is grossly unfair and many referees feel the same, but the minute Cathcart goes for this ball and makes a deliberate play for it, if he loses it, as he does, he plays Mohamed Salah onside. Salah is no longer deemed offside because he doesn’t go to play the ball and he doesn’t impact on the defender because of the distance between them.

“It’s just something referees don’t like but have to implement. We saw it the week before with Kylian Mbappe and Anthony Taylor had to tell the assistant that Eric Garcia went to play the ball and played it. That played Mbappe onside like it did Salah.” 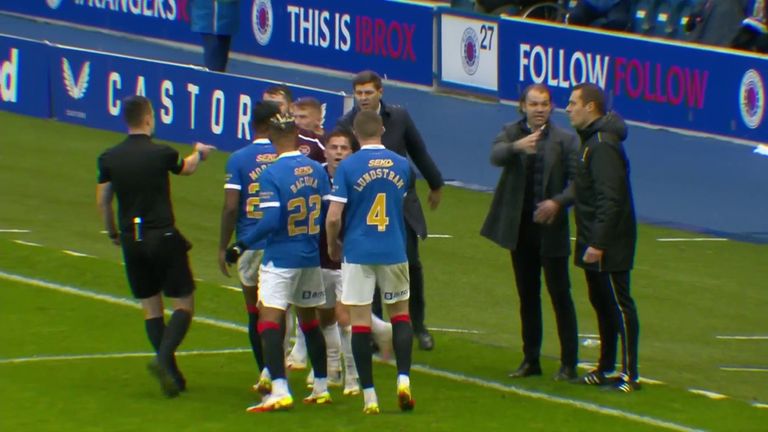 INCIDENT: Kevin van Veen strongly appealed for a penalty for handball from Boli Bolingoli after flicking the ball in the air. Referee Chris Fordyce, who started the day as fourth official only to replace the injured Willie Collum during the match, and his assistant were unconvinced.

DERMOT’S VERDICT: “I think this is handball by Bolingoli. In fairness to the referee, if you see Van Veen, he completely obscures the referee’s view. He is behind Van Veen and doesn’t see it so cannot give it.”

In boycotting white-owned shops, BLM insults the spirit of Christmas