Police investigating a terror incident in Liverpool have carried out a controlled explosion as a precaution.

One person died and another was injured in a car explosion outside Liverpool’s Women’s Hospital on Sunday.

Greater Manchester Police announced that investigators carried out a controlled explosion at Sefton Park in the city on Monday as part of the ongoing-investigation.

In a statement, the force said: “Officers investigating the explosion at Liverpool Women’s Hospital yesterday (14 November 2021) have carried out a controlled explosion as a precaution at Sefton Park in Liverpool as part of the on-going investigation.

“There is believed to be no wider risk to the public and the investigation continues.”

It comes after police declared the explosion a terror incident.

So far four men have been arrested under terrorism laws in the Kensington area of Liverpool – three aged 21, 26 and 29, who were held on Sunday, and a man aged 20, who was detained on Monday.

Speaking at a press conference at Downing Street, the Prime Minister said the blast was a “stark reminder” to the public to remain vigilant, adding: “What yesterday showed above all is that the British people will never be cowed by terrorism, we will never give in to those who seek to divide us with senseless acts of violence.

“And our freedoms and our way of life will always prevail.”

Assistant Chief Constable Russ Jackson, from Counter-Terrorism Policing North West, said the man who died in the blast brought a homemade bomb with him into a taxi and asked to be taken to the hospital.

He was picked up in the Rutland Avenue area of the city and as the car reached the hospital’s passenger drop-off point, it exploded. 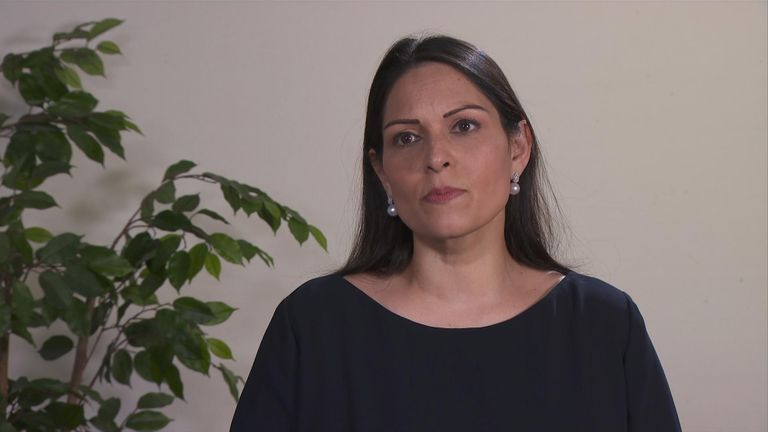 Home secretary points out the explosion in Liverpool is the second incident in a month after MP Sir David Amess was killed in a stabbing.

MI5 is assisting the police with the investigation.

The driver of the cab, named locally as David Perry, was treated in hospital after fleeing the car just before it burst into flames, and has now been discharged.

It is exactly a month since Conservative MP Sir David Amess was stabbed to death at his constituency surgery in Essex. That attack was also declared a terrorist incident.

Anonymous online trolls to be unmasked under new law in Australia

The truth about the ‘sexist surcharge’ on emergency contraception in Britain