Skip to content
Home News Beeline, free and unlimited internet in the metro 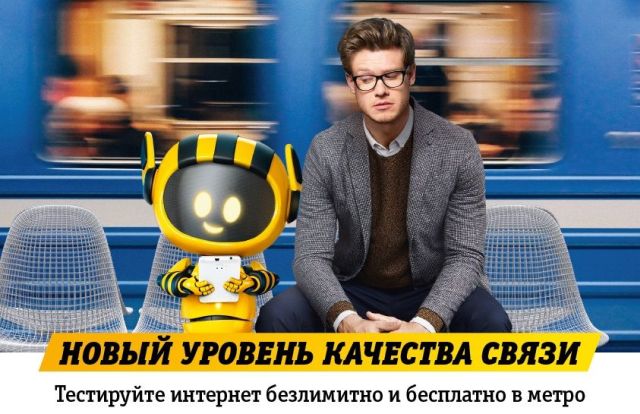 We are talking about the Moscow metro. The promotion period is from November 12, 2020 to January 12, 2021. Promotion for all subscribers of “Beeline” prepaid form of payment, postpay “in flight”, as usual. We are talking not only about stations, but also about the tracks between them, as well as about the transitions between stations.

It has been a long time since we had news about cellular communications in the Moscow metro. Probably, they do not consider it necessary to write about something, to sum up some intermediate results, etc. Work, just routine work that goes on constantly and is doomed to go constantly, since the metro is not a frozen organism, it also develops continuously. The construction of a cellular network in the metro has its own specifics. First of all, this is the issue price. The metro owners ask for insane money for the admission of operators’ specialists to the metro infrastructure, and the access periods are like “laughter”: a few hours at night. At the same time, the performers are required to have the highest quality of the work carried out, because the search for a malfunction with the subsequent elimination of the defect in cost is comparable to the organization of cellular communications in some local village. In general, communication in the metro is a separate world with its own orders and peculiarities. And so the work goes on on its own, in “Beeline” they write that 4G works at more than 80% of the stations of the Moscow metro. “Tactically” they do not write anything about the hauls, they offer us to think it out ourselves? After all, it is obvious that if there is 4G at two neighboring stations, then there is also XNUMXG in the stretch between them! No guys, actually, it’s never obvious. They write that Beeline has laid 450 km of its own radiating cable in the Moscow metro. In general, it’s interesting how the story develops in a spiral. Once “Beeline” was the undisputed and absolute leader in the Moscow metro thanks to the expensive, very expensive cable infrastructure (special radiating cable). Then they slowed down (a question of funding?), And the rapidly growing load on the metro networks gradually reduced the won leadership to zero, probably the laid cable could no longer cope. Then the competitors pulled themselves up, first with cableless technologies (the BS antenna “looks” directly into the tunnel), and then with their own cables. A long time ago, MTS decided to bypass competitors in the metro with one spectacular blow, placing the minimum possible number of antennas at the stations and the maximum possible number of huge posters “It’s great to catch here!” Hochma was in the non-triviality of the task: all these monstrous posters in no case should have been visible from the train carriages, since, of course, it was “caught” only at the stations. This is also to the question of the fact that advertising is often built with the expectation of thinking out by the consumer, they say, “here” means in the subway. No, “here” means exactly here, ie where you stand and where you read this advertising poster, nothing more. Okay, something I got carried away by memories, back to the main topic.

We read the press release:

“Beeline informs about the start of a special offer for its clients in Moscow – now the mobile Internet in the Moscow metro is free and unlimited. Connection to the promotion is automatic and does not require any additional actions from customers.

Unlimited and free Internet will enable the company’s subscribers to evaluate a new level of communication quality in the Moscow metro. Today, mobile communications have become faster and more stable at 179 of the 218 underground stations and in most of the adjacent tunnels. The company plans to provide uninterrupted communication at all stations, tunnels and crossings by the end of this year.

In order to improve mobile coverage inside the metro, Beeline has already built almost 900 new base stations. As a result, the average speed of Beeline mobile Internet has grown to 16,5 Mbit / s, and the maximum can reach 100 Mbit / s. There are enough of them to upload movies or post content on social networks. On a daily basis, the network is monitored and optimized to further improve the quality of communication and the availability of mobile services in the Moscow metro.

According to Beeline Analytics, the number of Beeline subscribers – active 4G users in the metro has grown 3,5 times compared to 2019. In September 2020 alone, Beeline subscribers used 2 times more mobile Internet while traveling than last year. And the average monthly traffic per subscriber increased by 132% ”.

You know that I am not a supporter of copying press releases entirely, I try to quote only what is directly related to the topic. But here everything is on the topic and the numbers are curious. If you find fault with the wording, then the phrase “Only in September 2020, Beeline subscribers used 2 times more mobile Internet while traveling than last year.” Did you use twice as much internet in September 2020 than in all of 2019, or in September 2019? Okay, this is really a nitpick.

If you suddenly missed it or did not pay attention, the press release contains a very important phrase: “The company plans to provide uninterrupted communication at all stations, tunnels and crossings by the end of this year”. In case someone hasn’t noticed, it’s already November, and the end of the year is very close. In order to make such a statement, “Beeline” should have had serious reasons, and personally I am sincerely happy about this. Naturally, as I already wrote, the metro is being built quickly, and the availability of communication, for example, at the crossings of a new station is not the first or even the second priority for the Moscow administration. Rather, start transporting people – yes, it is important. And if, in the process of delivering the body from point A to point B, the video of the above-mentioned body is interrupted, then the body, albeit with difficulty and in agony, will survive. So let’s not be formalists and try to rejoice at what we receive, and not whine about “not received”. Moreover, in terms of building a metro in Moscow, we get a lot, a lot. It’s a sin to complain, honestly! Me, and not only me, was intrigued by the phrase about the potential tariffication, despite the physical location of the subscriber together with the device already in the action zone. And even 20-150 MB, how is that? Well, when it comes to traffic volumes, there is nothing strange. Many people watch vidos, and in the cellular network, in terms of the number of gigabytes pumped, this is probably the main consumer of traffic. And the tariffication, as far as I remember, does not change within the Internet session. If it bothers you or you wanted to use the mobile Internet “Beeline” exclusively in the metro, then you can turn off and turn on the device already in the metro, it should work. We do not discuss the reasons for such picky, it is not necessarily a matter of principle. As they write, the opposite should also be true, the billing (accounting) of mobile traffic when leaving the metro should be restored only after the end of the session.

Territory of the action

It seems to be obvious, but it was necessary to foresee, and “Beeline” provided: “The conditions of the action do not work on land lines and stations.” It is clear that legally this may be the territory of the metro, but you cannot order the phone, it will catch on, like a nice little one, for some BS on the house near the open section of the metro route. For example, in the Izmailovo area this will almost certainly happen, and then explain to the user: how is it that he was in the metro and turned off the data transfer in advance, even before exiting the metro, but the money was withdrawn anyway? Varuit again !?

In general, the territorial feature of billing has always been a source of headaches for operators and upsets for users. For all the tempting of this format, there have always been problems and will always be, remember at least the famous free zones of the Red tariff. How to explain to the consumer that the tariffication changes in the coverage area of ​​a certain base station? He will ask: “Is it possible in simple words?”, And they will honestly answer him: “Alas, it is impossible!”

How many millions a day does the Moscow metro transport? I don’t remember exactly, but the figure, as they say, is “to inspire!” Naturally, there are problems, but they are being solved and resolved quickly enough. And I also want to note “in parentheses”: not so many years ago the very fact of walking access to the metro was a great happiness, but now give us video clips in the process of delivering our bodies to their destination. Probably, in the comments they will write something like “but under Stalin the video on the phone in the subway did not break!” and they will be absolutely right. Indeed, it was not torn, but now it is torn, a fact!