When the trees were big and the grass was green, Seryozha Potresov and I wrote several articles about how the operators communicate. To some extent, the “Educational program” rubric was a reaction to questions that were constantly encountered and forced to spend time on the same answers. I’m not sure that the heading “Educational program” will come to life, but communication in our Telegram channel led to the appearance of this article. The year is 2021, and people still believe that the sticks on the smartphone screen speak about the high-quality reception of the device or, on the contrary, that the radio part in it is terrible and works very badly. There was a desire to talk about sticks, about the reception and about the role of the telephone in this. This has been said many times, but apparently you need to repeat the same thing over and over again. On the other hand, I will try to give in this material a slightly different look at the question of reception and what sticks can show on the screen. By the way, you can find the first articles of the series at the links below, they have not lost their relevance today.

What determines the quality of connection and what can be called an uncertain reception? Stop, think, formulate how you understand this term. You can write down your thought on your phone, and then share it in the comments, just, mind you, do it honestly, without changing your thought after reading this material.

The discussion with our reader turned out to be remarkable, he argued that such and such a device had a bad reception, since only three of the five sticks were shown.

The signal scale appeared in push-button telephones, since it was an important parameter for any user, the device showed whether there was an operator signal and how strong it was. With the advent of LCD screens, the “antenna” moved to them, became a familiar surroundings along with the battery charge. I tried to remember which devices had no signal level, and could not. Having rummaged in the network, I also did not find such information. It seems that the signal level was always shown, but I can be mistaken here, so much water has flowed under the bridge.

Back in the days of push-button telephones, when manufacturers were seizing new niches in the market, urban legends appeared, which argued that Brand X significantly outperformed its competitors, since its phones always have a signal, even in places where the operator’s card shows no coverage! The trick was revealed instantly, when a person tried to call on the phone, he immediately reported that there was no signal! The games of the one with a stronger signal and better reception lasted for many years, and they did not end with the advent of smartphones. Unfortunately, there is no international standard that describes signal strength and how it should be reflected on your phone screen. Each manufacturer himself builds a scale and what to show to the user.

For example, during the antenna gate with the iPhone 4 in 2010 in America, the device lost its signal when you took it in your hand (in Russia there were other frequencies and antennas, there was no such problem). Apple initially suggested holding the device differently, and then simply changed the display of the signal level so that it was always at its best, even if there was no connection. Why make a person nervous if you can save him from suffering and show on the screen what he wants to see? 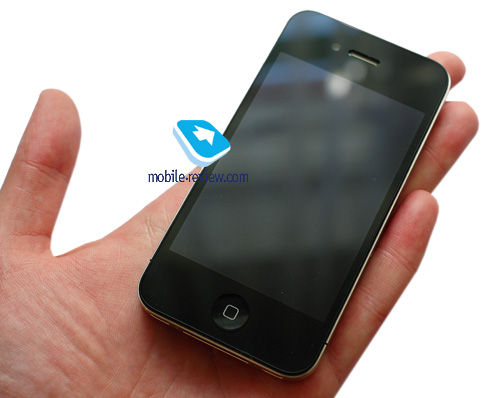 There is no single scale by which one can compare the signal reception on one device and on another, in any case, it is impossible to perceive three sticks on the Samsung model as the same value with the iPhone. Those who want to know exactly the signal level of the network can put themselves on their smartphone NetMonitor (activate in the menu, as an option) and study the signal level of their operator in different conditions. This game was popular at the dawn of cellular communication, but today it cannot be called mass. The reason is that communication is more or less homogeneous for the majority of subscribers, and we encounter problems less and less.

Let’s look at an example from real life, measured the data transfer rate on my smartphone indoors, the signal scale is completely filled, you can see the speed yourself. Lo and behold, the speed was unexpectedly higher! Today, speed directly depends on many parameters, however, as always. Let’s start with the fact that depending on your tariff plan from the operator, you get the maximum speed (read – priority on the network) or have a limitation. Descriptions of tariff plans are rarely read, therefore, in some cases, speed measurement makes no sense, since the operator himself sets the bar, it will not be possible to squeeze more than the limit. For the operator, this is a way to earn extra money.

Another question is that the antenna reception sticks are not converted into the data rate, however, as well as the designation on the screen (3G, H +, 4G, 4G +, 5G). In theory, the newer the communication standard, the faster the data can be transferred. In practice, it all depends on the specific operator, base station and its load. In America today, many are outraged by the fact that the transmission speed in 4G is slightly higher than in 5G, and the latter looks like a marketing gimmick for a couple of operators, which does not give a real advantage to the subscriber.

At my home, three out of five reception sticks are usually demonstrated, but the connection is confident, it never breaks, and the data transfer rate is about 180-200 Mbit. Can you say that I am very worried about a bad, insecure reception? Definitely not. I don’t worry about it and I just don’t have any problems. Unfortunately, the display of the signal level has become an anachronism, since it does not show the real state of affairs. For my taste, it would be nice to see three states, like in a traffic light. Green – everything is fine, yellow – there are problems, but the connection is present, red – you are out of the network area. You can think about how to diversify such indicators so that they show the quality of both the voice network and the Internet. But given that the voice today also goes through the Internet, this is unnecessary.

The reception indicator became an anachronistic akin to a retractable antenna that “improved” reception. For many years in America, retractable “antennas” were installed, because people wanted such phones, they were “better.” It is clear that it was a dummy, just a piece of wire that protruded from the body. The industry lives on in the old ways, the acceptance indicator is a legacy of the past and, frankly, it is outdated. But someone is trying to build theories around what is good and bad trick by looking at the stick indicator. Seriously?

But there is still a topic of how your smartphone supports frequency aggregation and what bandwidth does your operator have in theory? In Russia, only one operator has the maximum aggregation of frequencies, so the competition is doomed in advance to failure on the part of other players. But again, you need a smartphone that can work properly on this network.

Signal quality depends on many parameters, including your phone (even the case you are using or how you hold the device), operator, weather (yes, rain worsens the signal!), Your tariff plan. Very often the user chooses one factor for the role of the victim, sometimes it’s a phone, sometimes it’s an operator. But the situation is such that there are many factors, and each of them must be considered. And please, never judge the quality of communication by the reception sticks on the screen of your smartphone or phone. You do not need to do this, since this information does not show anything at all!

Finally – a simple question: do you believe in sticks and their influence on reception? Or do you still consider it an anachronism?