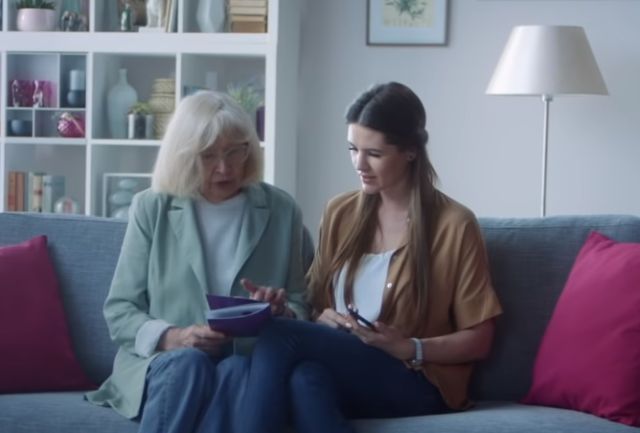 A lot of interesting data on the preferred smartphones, the amount of downloaded data and other “habits” of subscribers of the older age group. I hope this is the last material about this for a long time, I myself am already tired of writing on this topic. But the material is good and you can consider the topic of age a little far-fetched, what’s the difference?

Our PR-services love what is now called “news feed”. It seems like a sign of good manners: we are not writing just to show off, but we have His Majesty the news feed! Yes, health, no one minds. If you definitely need a news feed, then grab it and hammer it together, he will not be offended. It’s like in the days of socialism, it was imperative to remember the decisions of the last party congress, even if the congress was no sideways to the topic with the word “in general”. At all times and in all varieties of the press there were certain markers. Okay, let’s not get distracted.

“Analysis of the category of users over 60 years old showed that their number in the Tele2 network increased by 2020% in January-August 5. More and more customers are switching from basic devices to smartphones: in August their share increased to 61,2% – growth yoy amounted to 9 p.p., while from January – 5 p.p. This is an impressive figure against the background of the overall level of penetration smartphones in the Tele2 network, which as of August 2020 amounted to 75%. The growth of smartphone users among the older generation was facilitated, among other things, by the acceleration of digitalization against the backdrop of the pandemic and Tele2’s social projects to train older people in Internet technologies. “

Well, yes, how could you not screw “by the way” about Tele2’s social projects to educate the elderly, a sacred cause! In fact, it should be obvious to even the most stubborn dreamer that many people choose smartphones not by themselves and not from a good life. No, I willingly believe in “accelerating digitalization against the backdrop of a pandemic,” but still the main driver of “smartphoneization” of grandparents is their children and grandchildren, who want a new toy for themselves, and a grandmother without a smartphone is a great reason to give her an old smartphone to her. And let her suffer and master the abstruse technique to the delight of the collectors of statistics. The second reason is the squalor of simple “dialers”, something more or less attractive and with a large screen is already in the format of a smartphone. Finally, the main reason is money. Try to make the owner of a simple dialer pay for the Internet, eh? If this Internet in the phone he doesn’t need FIG. Conversely, try to avoid paying for mobile internet if you have a smartphone. You can evade, but the task is not trivial, and with many models of smartphones the task does not have a reliable and long-term solution at all, both the manufacturers of smartphones and cellular operators have taken care of this.

“The share of active users of data services is still one third of the total number of customers over 60 years old. However, due to the fact that users have tried the digital lifestyle, this indicator shows an increase – in January-August, the share of active data users increased by almost 6 pp to 35%. At the same time, in August 2020, their share increased by 8,4 percentage points year-on-year. “

Here is an excellent illustration to what I wrote just above. Yes, 60+ years of users have “tried the digital lifestyle”. And then they were caught up and once again forced to “taste”. Where can you go? Try to answer honestly at least to yourself: when was the last time you chose and bought a device especially for your grandparents? It happens, I do not argue, but it happens rarely. I was sincerely surprised that with all this, the share of active data users in this age category was only 35%. Or the question arises of how Tele2 counts “active” users. Are everyone paying decent money for a randomly pressed button considered “passive” Internet users?

“The average number of gigabytes downloaded per month for such subscribers exceeds 10 GB per client. This is an indicator comparable to the volume of traffic consumed by thirty-year-olds. So, at the end of 2019, representatives of generation Y (born in 1985-2002) downloaded 2 GB per month on the Tele11,4 network. According to Tele2’s 2019 research, Baby Boomers (born 1944–1963) are breaking records for the growth rate of Internet traffic: the average number of gigabytes downloaded per person per year has doubled. “

A paragraph is just a song. We read: “The average number of gigabytes downloaded per month for such subscribers exceeds 10 GB per client.” This is in the press release sent, which “what was in the cart … sorry, it fell into the mail, it was gone.” Although, it seems, web clients allow you to almost delete the sent from the recipient’s web client. I don’t know, I haven’t tried it, but my dear The Bat! periodically sends me notifications about an attempt to recall an email sent to me. Schazzz, let me poke around in my inbox! For order, we check the text of the same press release here and read: At the same time, in the Moscow region, the average monthly consumption of active users of data transmission in this age category exceeds 9 GB… So over 9 or 10 GB, huh? Am I the last person in the world to receive mail in a personal mailbox? I would not emphasize the discrepancy in the numbers if it were not for the easy ones: it turns out that some numbers are written to us simply “from the bulldozer” or for some other reason? And can the published statistics be trusted? Probably, you can trust when the numbers in statistics are interconnected and if you are free to use them, you can inadvertently ruin the whole structure. And when this is the case, a separate number in a press release that does not affect anything, they will write what they want. And about “… the average number of gigabytes downloaded per person per year doubled” even to comment on laziness, have already been discussed many times. Age has nothing to do with it, these are all tricks to artificially increase traffic volumes. And again, here, most likely, the vulnerability of older people is triggered, and not at all their phenomenal growth of interest in the virtual world of the Internet.

“The most popular devices among subscribers over 60 are inexpensive smartphones costing 6-7 thousand rubles. Honor 7S, Samsung A10, Samsung Galaxy J1 are among the top devices demanded by this category of users.

The digitalization of this audience is facilitated not only by a large selection of inexpensive and high-quality smartphones, but also by the availability of mobile Internet. It is curious that more than half of the subscribers over 60 are using package tariffs. Since January, their share has increased by more than 5 percentage points – from 55% to 60% in August, compared to a year-on-year increase of almost 10 percentage points. “

I’m not an expert on smartphone models, the shaitan-arba works – and thank God. I try not to touch anything and go into the settings like a toilet, only when needed. If someone is interested in my opinion, then, perhaps, I would recommend Samsung. Smartphones from this manufacturer seem to me more user-friendly, and the interface is more logical. But this is pure taste, I do not insist on my opinion. Nadys swore with bad words about the interface “with a claim” of one device, they made “nice” for me, about “convenient” – no, they have not heard. I don’t write the name on purpose, otherwise they will suddenly be offended. But about the availability of mobile Internet and package tariffs, I want to growl and bite. First, candy kids give an elderly dad / grandfather a smartphone, it’s good if they take care of setting up at least a first approximation and picking up a tariff. And then – turn around, grandfather / grandmother, as best you can, we have completed our task and we have shaken off our old smartphone. Turning off the mobile Internet through the operator is aerobatics both for the grandson and (often) for the operator’s employee. Wide-open eyes, in which the mute question slowly cools down: “What, it was possible ?!”.

“The top territories with the largest number of subscribers over 60 years old are the Urals, Siberia and the Black Earth Region. When analyzing the share of smartphone owners, Moscow, as expected, took the first place, where this figure was 88%. The second place is taken by Baikal and the Far East with a result of 65%, the third place is taken by the Urals with a share of 63%. The North-West, where the penetration of smartphones among mature users is 60%, is in fourth place on the list – together with Siberia and the Volga macro-region. “

Here, 88% of smartphone owners with subscribers 60+ years old in Moscow clearly confirm the scheme I described for the migration of devices from children / grandchildren to grandparents. And look at the numbers for yourself: 88% in Moscow and then a sharp drop to the level of 60-65% in different regions. I am absolutely not ready to believe in the unexpectedly high exactingness of a Moscow pensioner in comparison with a pensioner from Samara, they should not have such different needs in the mobile Internet.