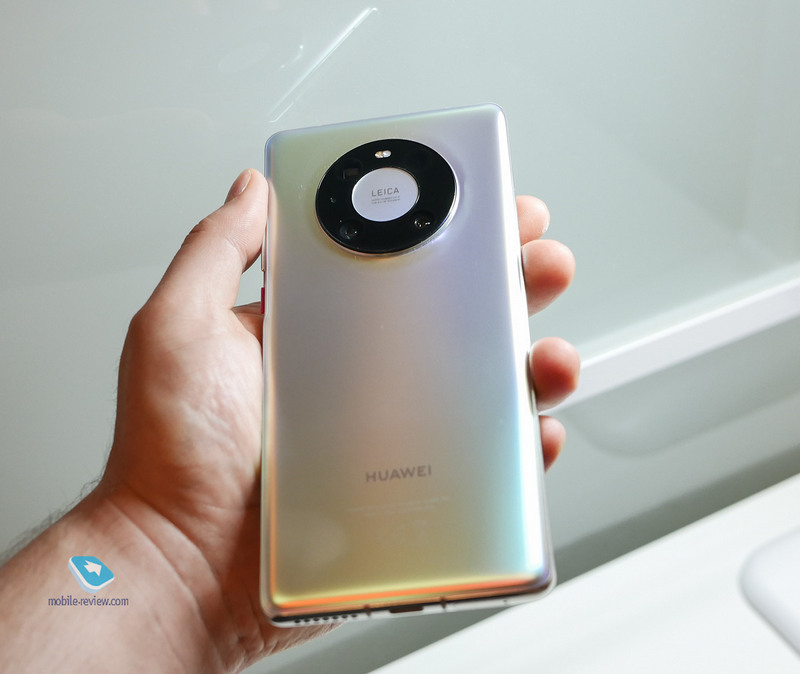 Huawei today unveiled a new advanced flagship smartphone called the Mate 40 Pro. To spite the enemies, Chinese engineers still managed to make their HiSilicon Kirin 9000 processor (sounds like a Nimbus 2000 speed broom, Harry Potter fans, like it), built on a 5nm technical process. So now the Kirin 9000 is one of the fastest chipsets in the world.

By the way, about performance, which can degrade over time. Huawei specialists said that the Mate 40 Pro will work as long as possible without changing the functioning of the smartphone. Background processes are now handled even better, and if necessary, applications will be launched instantly.

The upgrade also touched the screen. Now it is 6.7 inches, and the resolution is 2772×1344 pixels. We also tightened the refresh rate – 90 Hz. Moreover, in the settings, you have the right to set 90 Hz forcibly or trust the automation: to save energy, the smartphone software will itself decide where to turn on the high frequency. I am a maximalist, so if a gadget is designed for a 90 Hz display, then it should work like that without any adjustments for any restrictions.

The cameras have also been upgraded here. While the Huawei P30 Pro and Mate 30 Pro shot very well, the Mate 40 Pro shoots even better. I was especially impressed with the work of the modules at night: in some difficult situations, the shutter speed does not even turn on, and you immediately get a bright frame in almost complete darkness.

This unit uses two speakers to create stereo sound: one speaker at the top, the other at the bottom.

They also conjured up a little over the network adapter. The Mate 40 Pro comes with a 66W unit. This is a serious indicator. The device charges in less than an hour. Both wireless battery charging and reverse wireless charging of other devices remained here.

The smartphone received a new unusual design of the rear panel, the degree of protection remained the same – IP68.

In general, it turned out to be the most advanced smartphone on all fronts!

As for the price and appearance of Huawei Mate 40 Pro in the Russian market. These data were not known at the time of writing. I assume that by the end of 2020 the device will go on sale at least in the Huawei online store. The price, I think, will be in the region of 70 – 000 rubles.

An important addition: the material was written before the official presentation, so my technical characteristics may not coincide with those shown at the event. I believe that currently smartphones are worth choosing for only two points: usability and appearance. The fact is that from a technical point of view, devices have long gone ahead. Finding a slow phone with a bad camera and a weak battery is extremely difficult, even among budget smartphones. I mean, the Huawei Mate 40 Pro meets the very requirements that I indicated above – comfortable and with an attractive design.

The coolest feature is the design of the camera block. It is on it that most manufacturers focus. While competitors are sculpting terrible rectangular humps of unrealistic sizes, Huawei designers have made a neat round block that almost does not protrude from the body. Personally, it reminds me of a rotary dial in old phones. And you? Another important thing is the memorable design, which plays into the hands of the manufacturer. I have written many times that the key features of the appearance of devices are markers for the consumer. If a person notices a round block of cameras, then he will definitely identify the manufacturer – Huawei. Moreover, a person who is versed in gadgets will understand that this is exactly the Mate 40 Pro, and not the Mate 30 Pro. In Russia, the device will be sold only in silver color. This is a glass back panel coated with a mother-of-pearl type. That is, in the light, it plays either pink or bluish shades. The frame is made of metal. Front side – glass with curved corners.

It should be understood that the smartphone is very large and heavy – 162.9 x 75.5 x 9.1 mm, 214 grams. However, it is convenient to use. Another issue is screen rounding. Here everyone chooses for himself whether he likes this decision or not. But this rounding is not as strong as on the Mate 30 Pro.

Top of the front panel: On the top end: On the right rib: On the reverse side – a round module:

The main data are shown in the table above. From myself, I can add that in the settings there is an item in which you can choose a forced value of 60/90 Hz or trust the automation. I always choose the maximum. Well, why else do we buy such expensive devices? 🙂

I have a negative attitude to “wrapped” screens. Personally, I find it inconvenient to control some interface elements: for example, touch the extreme buttons on the keyboard (Y, X, “delete”), in Instagram, precisely adjust text or pictures, since “Back” is triggered. However, the Huawei Mate 40 Pro has slightly reduced the rounding compared to the Mate 30 Pro. Looking forward to the Mate 50 Pro flat screen!

The display is large, the colors are pleasant, the brightness is high, the pixelation is invisible, the AOD is in its place. Plus, EMUI 11 features cool animated AOD screensavers.

As a rule, Huawei devices work for a very long time. The flagships show at least 5.5 hours of screen. Since I have only a couple of days for the Mate 40 Pro, I will not provide you with exact data. It takes at least a week for applications in the background to “understand” in what rhythm they should function. Accordingly, now the numbers may be unrealistically large, but after a month of working with the gadget, they will decrease by 20-30%. Will 90Hz drain the battery more? Yes, it will. If you are worried about this, then enable the dynamic change of the screen refresh rate in the display settings.

The speed of the built-in memory is unrealistically high – 800/1700 MB / s (write / read). Frankly speaking, I have never seen such impressive figures when testing smartphones.

This is Huawei’s new chipset. Despite the sanctions, they managed to make and release the Kirin 9000 processor. It seems to me that with its help you can easily survive a couple of crises, since the performance of the 9000 model is more than enough. In the Antutu test, the device is gaining space figures in the region of 700 points.

The smartphone behaves extremely smoothly and quickly. And here the trick is not so much in the “confidence” of the processor, but in EMUI 11 and its polished animation. The Mate 40 Pro is very smooth in handling all the tasks.

Apparently, throttling is absent. Or it is insignificant.

There is only one failure – the lack of Google services, and, accordingly, the Play Market. However, enthusiasts independently “cut out” services in order to increase battery life and forget about intrusive applications that are bursting to learn about everything and everyone. Just the other day we published an article:

Personally, I need the Play Market for work: absolutely all programs should be close by. Most likely, it is precisely such data that the final samples of Huawei Mate 40 Pro will have. Let me remind you that the material was written before the presentation, so that you get a general idea of ​​the phone as early as possible.

I will be brief. The cameras on the Huawei Mate 40 Pro are just a fairy tale. Actually, because of them, people buy the Mate series of smartphones.

You will get a high-quality picture in any conditions. Moreover, in the novelty, the algorithms were tweaked so that the processing of night images was almost halved. With insufficient lighting, there is even no delay, that is, there is no shutter speed countdown.

The device shoots video at 4K 60 fps. There is no 8K resolution, and I consider such a resolution in smartphone cameras to be pampering. This will not be relevant for at least three years. Kind of cool, but almost useless. But as soon as Chinese TV manufacturers start selling 8K TVs in Russia for 29 rubles, expect 990K from smartphone manufacturers.

The camera software has object tracking. Automatic focus on a person, zooming in, zooming out. In addition, there is audio focus: the closer the zoom, the louder the sound at the point of shooting.

The camera interface has not undergone any changes.

Huawei has once again shown who has an unusual and cool design. The device turned out to be recognizable, which is undoubtedly good.

The rest of the parameters do not raise questions: the fastest Huawei processor, the highest quality cameras, an excellent 90Hz screen, stereo speakers, and so on.

Last year’s Mate 30 Pro was a hit with those looking to get the most out of their smartphone. The current update in the face of the Mate 40 Pro is quite successful. If I had a 30 Pro, I would definitely take a 40 Pro.

I would like to repeat once again that the date of the phone’s appearance is still unknown. Most likely, it will appear before the end of the year. The price is unlikely to be changed much relative to the previous generation. Plus a correction for the exchange rate. It seems to me that the cost will be in the region of 70 – 000 rubles.