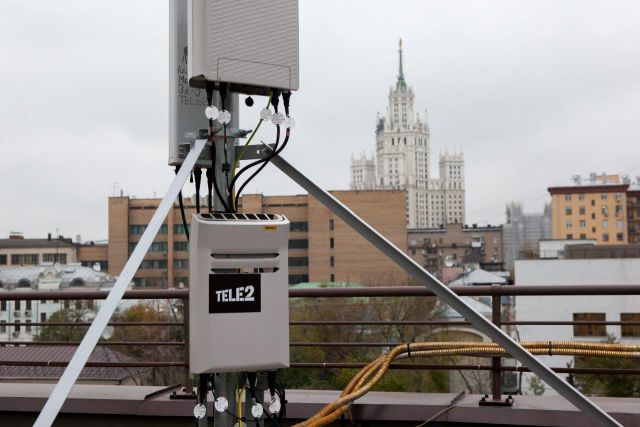 A five-year period is a solid period by any measure, but in a dynamic telecom industry it is an entire era. A long way has passed from a niche “operator for the poor” to competition on equal terms with the operators of the Big Three, which became the “Big Four”. A good reason to remember how it began and go over the main landmark events. Read the press release here, you will almost certainly learn something new for yourself. Even if by the nature of your activity or just out of curiosity, follow the main events in the communications industry. A few quotes for those who are lazy to read long releases.

“On October 22, 2015 Tele2 began commercial operation of the network in the capital region. In five years, the operator has become the main trendsetter in the industry in launching innovative products, demonstrating rapid growth in the saturated telecom market. “

And the truth is, exactly five years have passed, and it seemed that until quite recently we were sharing information about the places where Tele2 “now catches!”

“Digitalization of the region. Since the start of the company’s work in the capital, the pace of digitalization has accelerated significantly. Thus, the share of LTE-smartphones penetration in the capital’s Tele2 network has increased by 40 p.p. over five years.The Moscow region remains the leader in this indicator – by the end of September 2020, the share of 4G-enabled devices among all phones in the capital reached 93%. At the same time, today a Tele2 subscriber downloads an average of 16 GB of traffic per month ”. Technological leadership was to a certain extent forced, due to the lack of 2G frequencies in Moscow, Tele2, willy-nilly, had to actively develop 3G and 4G, they simply had no choice. Now it is easy for us to talk about the strategy of frequent deployment of base stations that is correct for Moscow, and five years ago it was a huge cost to provide more or less continuous coverage. The costs paid off over time, but it was hard at the start.

“… Already at the start, the operator was building a network using the latest modern equipment. Since 2015, the total number of 3G base stations in the metropolitan area has increased 3,5 times, while 4G – more than 23 times. Moreover, in the last year alone, the number of LTE base stations has doubled. “

Well, yes, in 2015, Tele2 reluctantly bet on the then progressive 3G, and now people argue about which of the standards will die first, 2G or 3G. It will be funny if they start exterminating 2G first, but this is unlikely. There are so many different devices that “know” to work only in 2G.

“Omnichannel service. Service advantage is the main strategic goal of Tele2 in the telecom market. Developing the quality of services, the operator also works on the NPS indicator. In the Moscow region, according to the results of the third quarter of 2020, the consumer loyalty index was 49%. Tele2 continues to actively connect customers using the MNP service – in the first half of 2020, the number of transitions from another operator while maintaining the number increased by 9% year-on-year. “

It seems that an increase in the number of transitions by 9% in just one year is an impressive result, but the reason is most likely in the general growth of the popularity of the MNP service, this operation has become routine, and some have already gone full circle, having out-tested all operators. And the most active managed to pass everyone and be disappointed in everyone, in the end they returned to their very first operator, with which they started.

“Tele2 develops and maintains an omnichannel approach to customer service so that not only the network, but also services are maximally accessible to the population. The operator integrates services into a single point of contact – the My Tele2 application. The metropolitan region remains the leader in terms of the share of application users. Every month, at least half of the total number of subscribers in Moscow and the region logs into the application, while at the end of September, about 90% of customers used their personal account through the website and the application. “

What I already wrote about. The absence of 2G frequencies, with all its disadvantages, worked as a kind of filter that determined the relatively high techno-advancement of the operator’s audience. 90% of users of self-service systems – an excellent result. If you subtract users from the remaining 10%, who do not need anything at all, except sometimes to check the balance, then there are very few of those who will fiddle with the “live” support channels personally and by phone. This is what all operators around the world are striving for: to minimize human contacts, because low communication prices and low ARPU immediately make a subscriber who wants to talk “live” with a representative of the operator unprofitable. And the law, fortunately for you and me, insists on the need to preserve the opportunity to communicate with support precisely “live”.

“Development of a distribution network. Tele2 strives to provide a seamless customer experience by providing the ability to access communications anywhere in the region and in any convenient channel. An important achievement of the operator was the preservation of the distribution network in the context of a pandemic – now in the capital region there are 537 mono-brand stores and modules. In addition, Tele2 SIM cards have appeared in partner retail networks. “

Sometimes you want to kill for the modern language of press releases, their “seamless customer experience”, etc. Trendsetters, their mother is the same … Is this such a dog breed, a “trendsetter”? There are also corresponding Russian words! No, I do not suffer from a maniacal passion for patriarchal condolence in the language, but I urge you to remember the ingenious saying “keep it simple, and people will reach out to you!”

“Innovative products and services. Along with the constant development of the service, Tele2 regularly launched solutions that secured the company’s reputation as a trendsetter in the Russian telecom. In 2017, Tele2 introduced an innovative product to the market – a balance transfer service. Two years ago, the operator provided customers with the opportunity to share gigabytes, and later – to give traffic to subscribers in other regions. When switching to the Tele2 network, new subscribers save minutes and gigabytes that they did not manage to use up with another operator. Residents of Moscow and the Moscow region achieved the maximum freedom to manage their services with the launch of Market Tele2 – a platform where subscribers can buy and sell minutes, gigabytes and SMS.

Here I can only agree with pleasure. You quickly get used to the good and begin to take it for granted. Tele2 subscribers who have switched to other operators are familiar with the feeling of some confusion from the unexpected absence of the already familiar service.

“Employee engagement. The Tele2 team works according to different rules: faster and more flexible, quickly adjusting to economic realities. According to the results of an independent study of employee engagement, which was conducted by the international company Korn Ferry in 2019, the engagement index was 85%. Tele2 has been participating in a large-scale study since 2015. During this period, the indicator grew by 12 pp, outperforming the market in terms of growth rates. Formation of an effective employee motivation system is one of the most important factors of business success. Thus, Tele2 employees highly appreciated the career conditions created by the company. 92% of employees believe that their position provides an opportunity to solve difficult and interesting tasks, and 86% are confident that the working conditions allow you to achieve maximum productivity. “

Bragging, oh and bragging! I am sure that readers “in the subject” will have something to say about this paragraph. I, unfortunately, do not have first-hand information, so I will refrain from commenting.

And a quote from the commentary, Igor Zhizhikin, director of the Moscow macro-region Tele2:

“According to the international consulting company Analysys Mason, we have become the fastest growing mature operator in the world. Today Tele2 is focused on a flexible and proactive approach, fast and high-quality adaptation of all our offers to customer needs. We clearly understand that a positive customer experience is the most valuable asset for our subscribers, and quality service is still our priority and differentiator in a highly competitive market. “

Active, passive, positive and proactive – that’s our everything. Yes, it’s not just a hoax and just a mobile operator, but a “highly competitive priority and differentiator”! Which is already mature, but not yet overripe and continues to grow rapidly. All jokes, but five years of success on the not-so-good Moscow market speaks volumes.

In general, Tele2 has always delighted its fans with non-standard solutions. Even with operator phones, they did not go the beaten path of frankly “garbage” smartphones, but sold something more or less decent. If you are interested, take a look at the review of the end of 2016 here, for those times there was a completely “usable” device, and not quite an obscene horror movie with a claim to being smart.