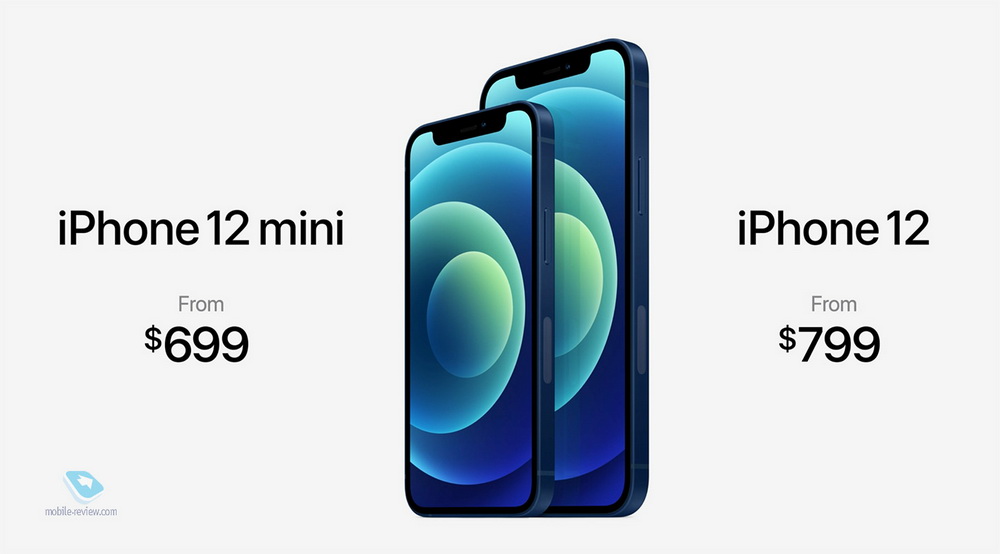 Fans of all kinds are like manna from heaven for me, they delight every day and unconditionally. In these times, Apple is distinguished by aggressive and thoughtless fans. It is common knowledge that the worse things go, the more aggressive fans become. Perhaps it is in human nature to protect those who do not feel very well. Since complex logical constructions, consisting of a pair of actions, are beyond the control of fans in the modern world, it turns out that it is impossible to write material without chewing everything in small details. One material, one thought.

This article will be devoted to exactly one thought – the prices for the new iPhone 12 models have grown both in Russia and in the United States. A huge number of comments from SMM specialists in different forums sound about the same, they are written in a carbon copy: “It’s not Apple’s fault that the ruble has fallen, this is an economic problem”. Depending on the resource where such comments are posted, they sound rougher or more straightforward. Let’s calculate together how the price of the iPhone 12 has changed and why the price has increased.

We will begin our journey on the Apple website, we will compare the base iPhone 12 with the same iPhone 11 of last year. Attempts to compare the iPhone 12 Mini and iPhone 11 are made quite often, but these are different models with different positioning, screen diagonal, and so on. Last year, such a model simply did not exist in the Apple lineup, so you need to compare what correlates with each other.

Let’s look at the page of the American Apple website, because the dollar / dollar exchange rate has not changed in any way, and we have the same coordinate system. The price announced on the website is $ 64 for the 799GB base version. Taxes are different for each state, somewhere they are absent altogether, somewhere they are 10%, I do not take them into account, since this factor was exactly the same last year. Watch your hands now, Apple executives announced during the presentation the cost of $ 799 for the iPhone 12. And it was supposed that this is the final cost for the buyer, but it is not!

Apple’s website states that this price is only available to those who buy the device with a $ 30 discount from US carriers.

But if you want to buy a phone without operator services, then its cost will be $ 829!

I foresee comments that $ 30 is not God knows what amount and that you can survive, but in return you will receive an amazing device from the best company in the world. Let’s take a look at the package. Cable, telephone – and that’s it! Apple’s savings are such that a charger was not even included with a very expensive smartphone. And the cable included is USB-Lightning, that is, it does not fit fast charging, which you buy separately.

How much does a customer need to spend to provide himself with charging? We all go to the same Apple site and consider – 20W fast charging costs $ 19. I chose 20W fast charging, since the old 5W charging is comparable, and is not needed. Most modern smartphones come with 18 to 25 W chargers. We calculate how much charging costs. It turns out that you need to pay another $ 19 to provide yourself with the charger that previously came in the box. The majority in our survey believe that this is the company’s greed, it is difficult to disagree with this, look at the survey in our Telegram channel

Do you think that this is where Apple’s savings ended? Let’s take a look at the kit that came with the iPhone 11 earlier.

Headphones! Whether you need them or not is a question for discussion. But these headphones have a very definite cost, when you buy them you pay for them. Let’s see how much EarPods cost on Apple’s website. Their cost is $ 19 – seemingly another trifle. But Apple saved on this too. Now, let’s calculate how much the iPhone 12 has increased in value compared to the iPhone 11.

A straightforward calculation shows that the price of the iPhone 12 has increased for the buyer by 24%! In dollar terms, and no exchange rate differences can affect this. The dollar a year ago and the dollar today are no different. Everyone can do these simple operations and calculate on their own how the cost of the iPhone has increased year by year.

Considering that no special innovations appeared in the iPhone 12, it remained scanty compared to direct competitors, such a price increase cannot be justified in any way.

In the calculations, I do not take into account the hidden cost reduction of the iPhone 12, which is impossible not to pay attention to. I’ll start with the trivial, the memory capacity has not changed in any way – 64 GB. To make you realize the redneck of Apple, I will say that no flagship of 2021 in the basic version has such a memory capacity, it is simply impossible. This is a hello from 2019, which Apple considered possible to make for 2021 as well.

How much memory has Apple saved? Let’s take a look at the difference between the 64GB and 128GB version (at US retail prices).

The difference is $ 50. This is also something that de facto was not given to users. Each GB of storage in the iPhone 12 is gold in terms of the cost of the device. Savings on everything and everywhere. I will not continue the conversation about the hidden cost reduction, because I am afraid that this will be the second thought for one text, and this cannot be allowed. I’m very afraid that by this point, cognitive dissonance had swept the minds of Apple fans, because they argued that prices had not changed in any way. And, and the damned ruble exchange rate is to blame for everything, and not at all Apple, which did not change prices.

Specially revised a piece of the presentation, where the price for the iPhone 12 is announced, there are no footnotes on the screen – the price is indicated in the forehead, $ 799. And this is such an uncomplicated deception that we have found out in detail. Let’s see the Russian prices for the iPhone 12, they start at 79 rubles, a year ago the iPhone 990 cost 11 rubles. How much has the price changed? We count and get 59%. That is, despite the ruble weakening by 990% this year, the price growth for Russia turned out to be lower than for the US home market. These are amazing adventures of the iPhone, which are due to the specific situation in the Russian market and the fall in Apple’s sales. So the price increase only because of the course is also a fictional story.

When you don’t have technology, you have to twist and change concepts. As a bonus (yes, I remember about one thought per article!) I will give an example with an optical zoom. For example, on the iPhone 12 Pro Max, they talked about x5 optical zoom. How do all manufacturers consider optical zoom? This is an enlargement of the image in relation to the main camera module, the image for it is taken as 100%. Accordingly, x2 optical zoom is an approximation of two times, x3 is three times, and so on.

The innovation from Apple touches the fact that, without having mastered more expensive camera modules, the company replaced reality. We read the description.

Optical zoom range! New invention from Apple. Now the magnification is considered not from the frame to the main camera, but from the wide-angle module. Another manipulation that even basement Chinese brands did not allow themselves, to see this from Apple is at least surprising. But hard times are forcing Apple to spin as if in a frying pan and try to sell at exorbitant prices what is not worth its money.

PS I am sure that Apple fans will be able to break down all the calculations given above with arguments and facts, and substantiate why the price has not increased. Chur, just not to say that you do not need a charger, headphones, and so on. I absolutely don’t mind what you need or not. But I am against the fact that by removing the accessories from the kit, they did not reduce the price of the smartphone based on the cost of these things. I look forward to the exposure session and how they will lead me out into the open.