Until recently, Humankind was slated to launch on April 22nd in the PC version. But Amplitude, along with Sega, has postponed the launch of the historic 4X strategy game to August 17th. Time will be spent on improving aspects of the project such as accessibility, pace of development, balance, diplomacy, AI and others. 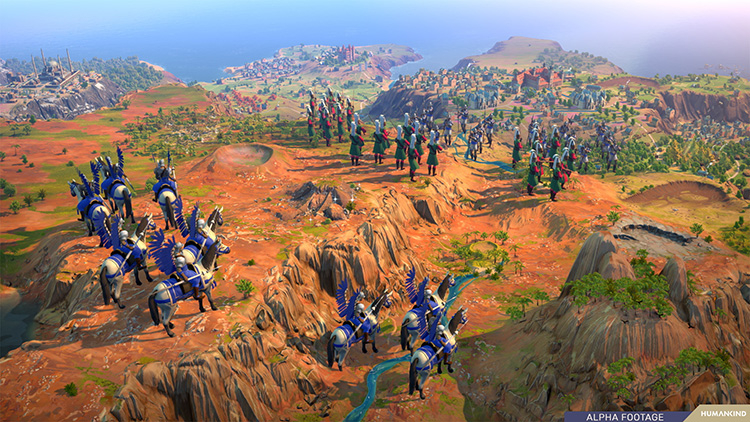 Amplitude promises to continue to work closely with the community, calls Humankind its greatest masterpiece, and is pleased with the reviews. At the same time, the developers presented a video in which they brought a cut of the gameplay of the participants in testing the OpenDev scenario Lucy and thanked the community for their feedback:

The head of the studio and creative director Romain de Waubert de Genlis said about the reasons for the postponement of the premiere: “It was great to see how the community enjoyed the game in the sessions of the program. OpenDevand receive positive (and constructive!) feedback from them. Players have always been a key element of the Amplitude philosophy… Moving to August will give us additional time to work with the community and improve the game for the best experience on the day of the premiere. “ 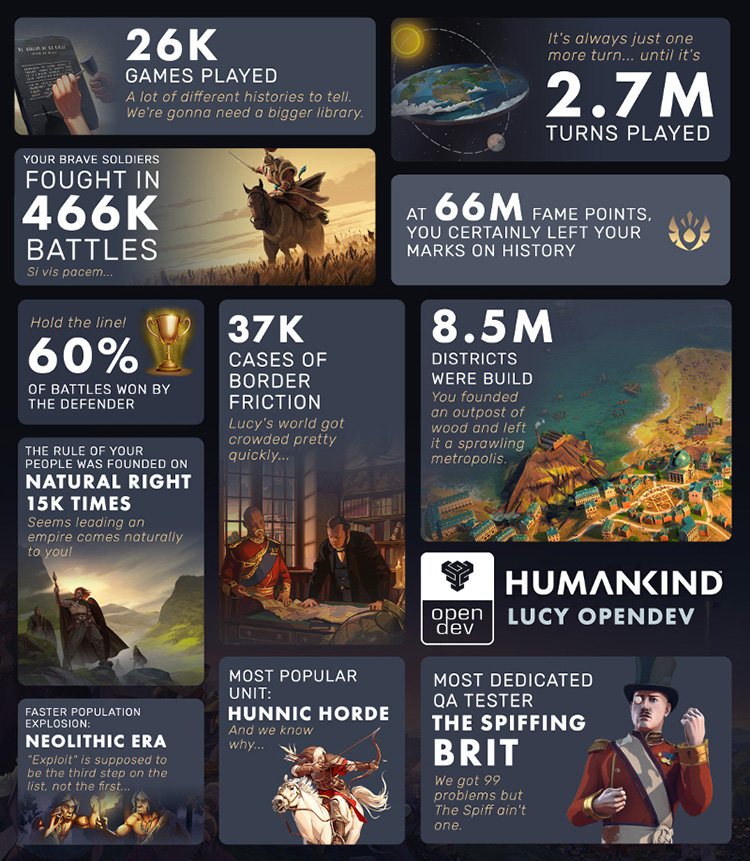 The team is going to focus on the above features of the game, which the community drew attention to during their study of Lucy’s OpenDev scenario (in which 4 eras and 40 cultures were proposed for testing).

As a waiting bonus, the studio is going to add additional free content for all Humankind pre-order users – Lucy and Edgar Allan Poe avatar packs to better customize their leaders.

Judging by the page on Steam, the Russian localization of Humankind will be limited to the interface and subtitles.