Skip to content
Home News Video: high dynamics, techniques and weapons of the protagonist in the trailer for the start of Biomutant pre-orders

Experiment 101 and THQ Nordic have shared a fresh trailer for Biomutant’s open-world action game. The video was entirely devoted to the combat system, so the footage only shows battles at a high pace. Viewers are given to appreciate the main character’s techniques, weapons and some unique features. 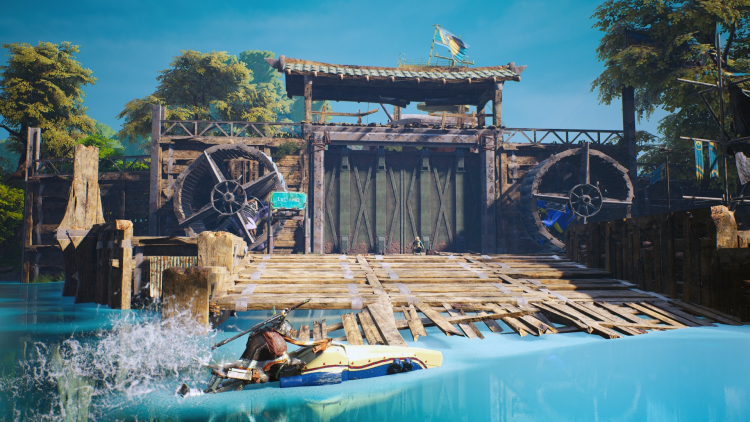 In the video, the protagonist shows his skills: the ability to flip while causing damage, soar into the air and attack in quick bursts, shoot cannons, and so on. The types and speed of blows depend on the equipped weapon. The percussion gauntlet allows you to hit the ground and stun opponents, while the one-handed machete is suitable for sharp attacks. In addition, the individual staves and swords in the trailer are endowed with elemental effects (electricity and fire). This will most likely help you deal additional damage and inflict negative effects.

The video also showed how the main character fights on the water, controlling a kind of boat, and the ability to use a combat robot in battles. The protagonist is also able to jump inside a bubble of water and inflict damage in this way.

Biomutant will be released on May 25, 2021 on PC, PS4 and Xbox One. You can see the system requirements at this link. Simultaneously with the premiere of the trailer, pre-orders started: it is not yet possible to pre-order on PC, but it is already possible in the PS Store and Microsoft Store. The price is 4 rubles and $ 279, respectively.