The Basalt SPO company announced the release of a new version of the Alt Workstation K 10 operating system, designed for use both on home computers and in a corporate environment. 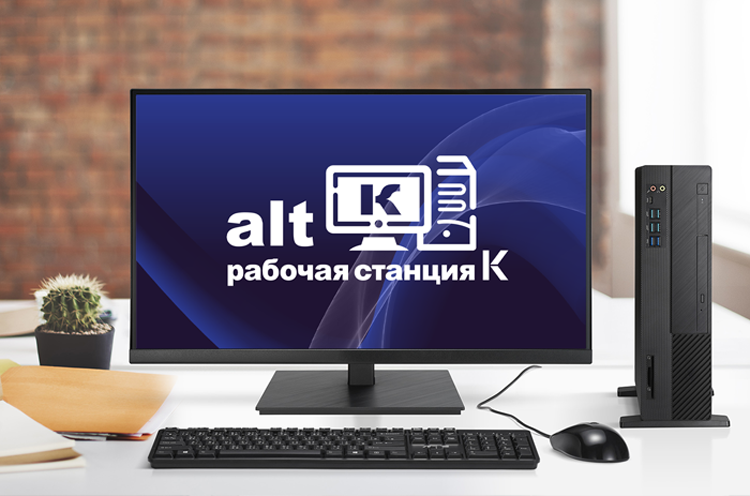 The software platform “Alt Workstation K” 10 is built on the basis of Linux using the KDE Plasma graphical environment, the style design of which is in many respects similar to the Windows interface and allows the user to easily adapt to the operating system. The OS distribution kit includes all the necessary applications for working on the Internet, with office documents of various formats, archives, media files. For corporate users, support for group policies and the ability to integrate the system into the Active Directory infrastructure have been implemented. The platform is registered in the register of Russian programs of the Ministry of Digital Development of Russia and is recommended for use in organizations implementing projects in the field of software import substitution. 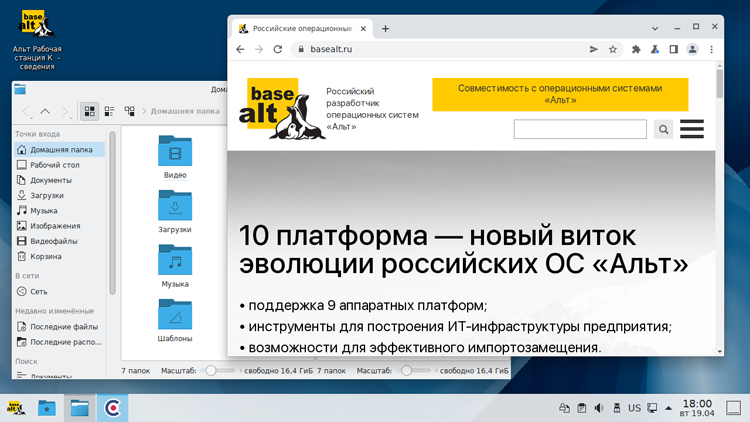 For the convenience of users, Basalt SPO specialists have also significantly updated the packages.altlinux.org portal with information about software packages available for installation into the operating system.

“We are improving the Alt Workstation K 10 OS, ensuring its effectiveness for both home and professional use, ” said Anton Farygin, Deputy General Director of Basalt SPO. “ Today it is especially important. Millions of Russian organizations and private users were left without support by manufacturers of foreign systems due to sanctions. Our solutions help solve this problem by providing Russian consumers with a functional and convenient operating system that has the functionality familiar to users and system administrators. In the tenth version of Alt Workstation K, we paid special attention to usability, interface design and integration into the existing IT infrastructure of the enterprise.

You can evaluate the listed innovations of the Alt Workstation K 10 OS by downloading the installation image from the Basalt SPO website . For home use, the operating system is offered completely free of charge, and organizations need to purchase a license. Along with the platform, users will receive a set of desktop backgrounds — photo landscapes of Russia. These shots by Russian photographers have been recognized as winners of 35AWARDS, a major international award from the professional photography community 35photo.pro.

There are two types of LiveCD mode still available. The first is that the installation image contains the option to boot a “live” system – you can test the compatibility of the OS with the user’s equipment or use the system recovery utilities. The second is that a “live” system is placed on a separate image, with which you can work without installing it on a hard disk, but with the ability to save data.

All users who have purchased “Alt Workstation K” 9 after 09/01/2021 are provided with an upgrade for 10% of the cost of “Alt Workstation K” 10. The same preferential upgrade is available to everyone who has purchased annual (standard or extended) support on ” Alt Workstation”. A technical upgrade from version 9.2 to 10 is possible. Organizations using “Alt Workstation K” version 9 with basic support, when switching to version 10, must separately purchase support for version 10. Detailed information on purchasing the software product can be obtained from the Basalt SPO sales department ( sales@basealt.ru ) .