Autoexpeditions are one of the most effective ways to advertise vehicles, and electric vehicles in this area are beginning to show up more and more often, as they get the opportunity to replenish the charge of the traction battery on the way. Nissan is ready to provide two Ariya electric vehicles to a British traveler who is ready to cover the distance of 27,000 electric vehicles between the two magnetic poles of the Earth. 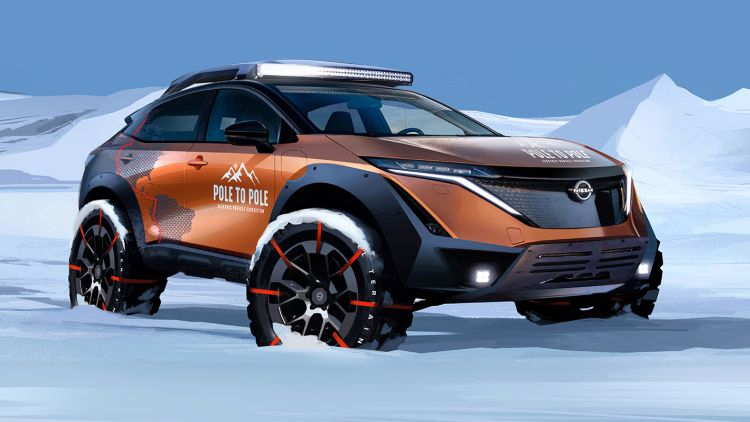 Apparently, the route of Chris Ramsey, who already has experience of traveling around Eurasia on a Nissan Leaf electric car for 56 days and over 16 thousand kilometers, will run mainly through the territory of North and South America, and will have to end in Antarctica . The Nissan Ariya crossover, on which he will ride, has all-wheel drive as standard, but to overcome rough terrain, he will receive modified suspension, wheels, tires and lighting equipment, and in parallel with this electric car, the standard version of the same crossover, acting as support vehicles in the Americas. Apparently, in the Arctic and Antarctic, Chris Ramsey will only travel on a modified version of the crossover without additional escort.

The expedition should start in March 2023 from north to south, and if it is successful, it will be the world’s first crossing between the poles of the Earth, not only on an electric car, but also on any ground vehicle. The car will have to overcome various climatic and landscape conditions, where temperatures fluctuate by 30 degrees on both sides of zero on the Celsius scale, and ice hummocks are replaced by sand dunes or tropical rainforests. For the Nissan Ariya crossover, this will be a good test and worthy advertising, if the enterprise is successful.