VK announced the launch of a beta version of the RuStore app store for users of mobile devices running the Android operating system. The service was created with the support of the Russian Ministry of Digital Development and is intended to be an alternative to the Play Market, which has introduced a number of restrictions against Russian users and developers. 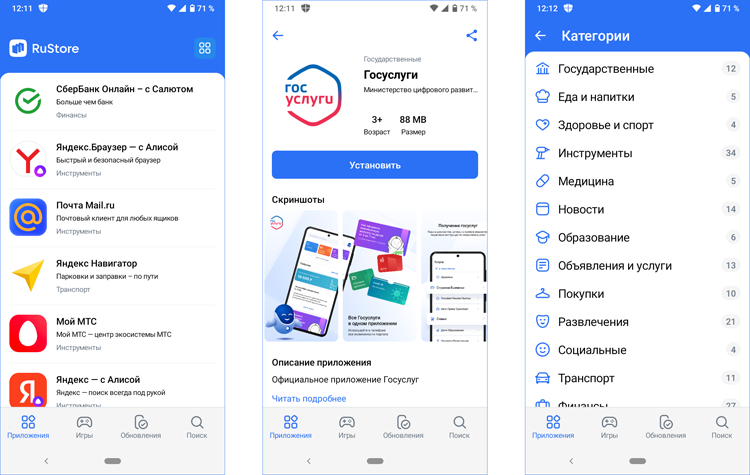 At the moment, 167 software products for Android are placed in the domestic RuStore market, sorted into 13 categories – “State”, “Food and drinks”, “Health and sports”, “Tools”, “Medicine”, “News”, “Education” , Ads & Services, Shopping, Entertainment, Social, Transportation, and Finance. There is a separate section with games. The store presents software solutions from Sberbank, Yandex, VK, the Russian Ministry of Digital Development, Rostelecom, MTS, Tele2, as well as other companies and organizations.

The integrated protection tools of Kaspersky Lab and VK are responsible for the security of applications published in RuStore, which ensure that downloaded software is scanned for malicious code. According to the project roadmap, it is planned that in the summer of this year, a push notification platform, a payment system will be integrated into RuStore, and application ratings will also appear. Analytical and marketing tools will be launched by the end of the year.

For some developers, a personal account has already been opened, which allows you to independently upload applications to RuStore.

“The initiative to create RuStore comes from business, and this is the right way to launch a high-quality and secure service that is convenient for both users and application developers. The work on the store is led by the VK team, which, in partnership with other IT companies, is creating it as a commercial project, without government funding. I am sure that, following a well-defined plan, the team will be able to create a popular and competitive app store,” Maksut Shadayev, Minister of Digital Development, Communications and Mass Media, commented on the launch of the market.