Xiaomi today introduced the Mi Band 7, a branded next-generation fitness bracelet. Externally, the novelty does not differ much from its predecessor, and its most important update is a slightly larger screen. The battery capacity also increased, but this did not affect the battery life. 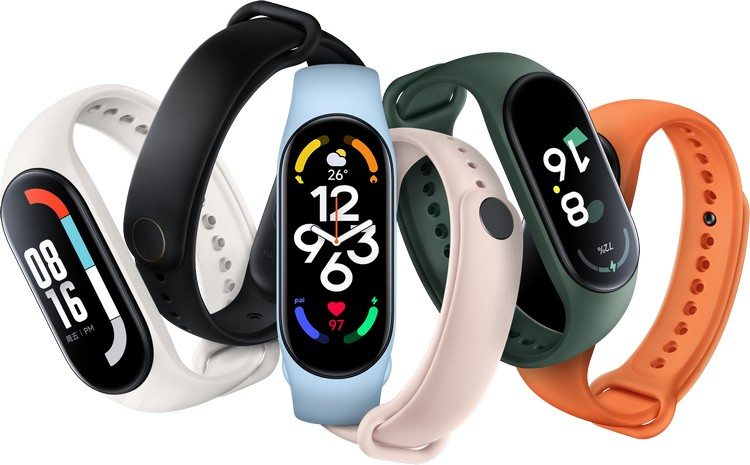 The Mi Band 7 fitness bracelet received a 1.62-inch AMOLED display, while its predecessor had a 1.56-inch screen. The resolution is 490 × 192 pixels, and the maximum brightness reaches 500 cd/m 2 . The screen is covered with tempered glass with rounded edges.

The novelty received a battery with a capacity of 180 mAh, which should be enough for 14 days of work with “normal use”, as well as 9 days of work with “intensive use” of the bracelet. In any case, Xiaomi itself claims so. Note that the previous Mi Band 6 battery had a capacity of only 125 mAh, but the battery life was claimed to be similar. It is also noted that it will take about 2 hours to charge the Mi Band 7.

The new bracelet is able to measure heart rate and blood oxygen levels. At the same time, if the bracelet notices that the level of oxygen saturation in the blood is below 90%, the bracelet will alert the user with vibration.

Xiaomi has also improved the fitness component of the Mi Band 7. It has received support for 120 training modes, four professional sports modes, has learned to automatically detect when the user has started training, and will also offer the opportunity to compete with friends.

At the moment, Xiaomi Mi Band 7 debuted only in China, where it will go on sale for $36. The version with NFC support and payments via AliPay will cost $42. Pre-orders started today.