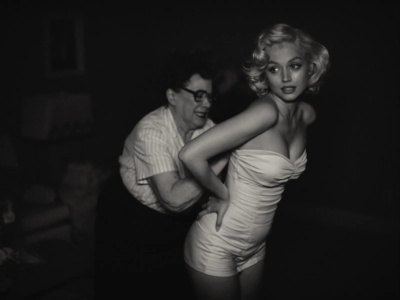 Netflix has released a teaser trailer and the first footage of a feature film about Marilyn Monroe called Blonde starring Ana de Armas.

The film about the famous actress, singer and model is based on the book by Joyce Carol Oates, who previously argued that the novel should be regarded precisely as an artistic fiction, and not a biography.

The filming of “Blonde” ended in 2019. Directed by Andrew Dominik, who directed the crime drama Chopper, the western drama The Assassination of Jesse James by the Cowardly Robert Ford, and the neo-noir crime film Killing Them Quietly.

In addition to Anya de Armas, known for the films Knives Out, Blade Runner 2049 and 007: No Time to Die, Adrien Brody (The Pianist) and Bobby Cannavale (The Irishman) played in the film.

Blonde will hit Netflix on September 23rd. Andrew Dominic previously confirmed that the film has been rated NC-17.