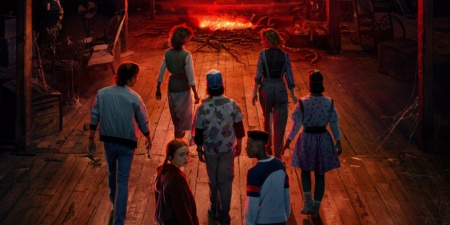 On July 1, the final two episodes of the fourth season of Stranger Things aired. The Duffer Brothers capitalized on a massive $30 million per episode budget, doubling the season’s running time, and making Netflix’s most popular TV show even darker, more mature, and more epic. We have already watched all the series and are ready to share our impressions.

A little more than six months have passed since the finale of the third season. Joyce, Will, Eleven and Jonathan have moved to California where the girl is being bullied at school. The rest of the guys begin to fight with a new monster from a parallel world that has appeared in Hawkins. He was named Vecna after the Dungeons & Dragons board game character. It affects teenagers psychologically, then mentally climbs into the head and kills. In parallel, Joyce and Murray learn that Jim Hopper is alive and go after him to a Soviet prison in Kamchatka. And Eleven will have to return and increase his strength, but also learn about his important role in creating that same monster in Hawkins. 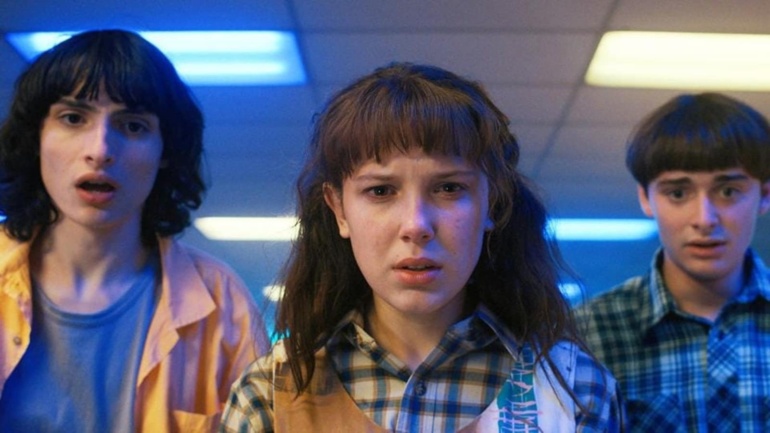 The Stranger Things writers haven’t changed the storytelling tactics they’ve grown fond of over the past few seasons. They divided a large group of main characters into groups, came up with difficult tasks for them, and at the end brought their stories together in a mind-blowing finale.

True, sometimes some beloved characters were not thought of important things, so they were forced to simply follow their friends, be in the frame, but do nothing really. But it’s nice that in the last two episodes there was a lot of work for everyone.

The authors even opened the groundwork for the last fifth season. And they also made it clear that the audience is not waiting for a fun journey with their favorite teenagers, but an ominous, but final battle with Evil.

The fourth season was already made adult and large-scale, spectacular and sinister. There is almost no place for teenage carefree love, reckless hooliganism and aching longing for the 80s, as was the case in the second and third seasons. The main themes of the new episodes were childhood trauma and bullying at school, domestic violence and suicide, the massive fear of cults and the Cold War in the United States. 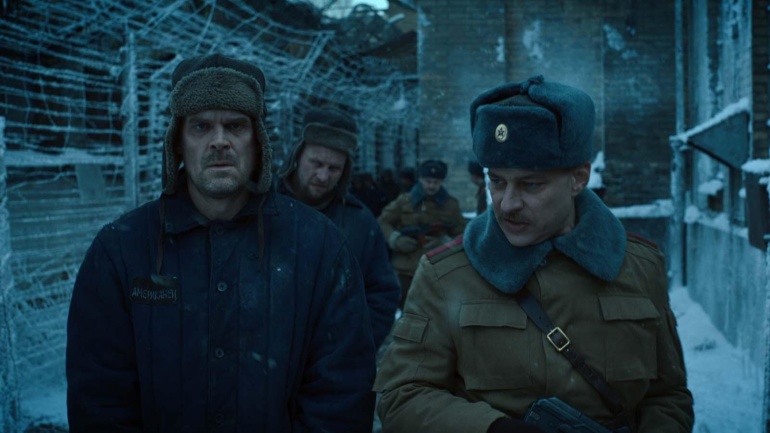 They decided to spend the huge budget allocated to the series wisely, so they significantly increased the timing – each episode runs for more than an hour, and the last two are almost four. They also pulled up the graphics a lot, although Eleven’s face from the past could have been done better, and the camera work was brought to an incredible level. The series was originally famous for its excellent production, but in the fourth season, the Duffer brothers surpassed themselves, bringing the quality of shooting to the level of the best of the best world cinema.

In Stranger Things, there are still indecently many references to the popular culture of the past, to games and films, board games, books and music. Special thanks to the fourth season for the amazing soundtracks and music licensing of Kate Bush and Metallica. Thank you for the Vans sneakers and Rebook sneakers, for the posters on the walls, for the Sony cassette player, for their various wristwatches and much, much more. The creators continue to be in awe of that popular era, so they made their series a full-fledged museum of the 80s.

The acting is still on par, for which the Duffer Brothers have been praised since the first season. She skillfully selected actors of different ages and with great talents. Only the passive actions of some of the heroes mentioned above are embarrassing, but they also play out their plot inactivity as it should. 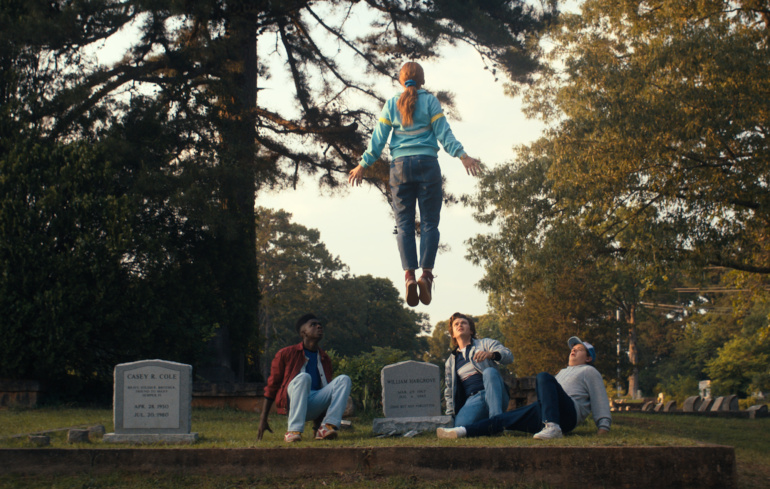 In the fourth season, new bright characters Eddie Munson and Argyle were added. A similar situation was with Billy Hargrove (‎Dakre Montgomery), Max’s half-brother, in the second and third seasons, as well as Robin Buckley (Maya Hawke). Eddie Munson is a high school metalhead and leader of the Dungeons & Dragons club. This is a spectacular and bright character, which was perfectly played by the English actor Joseph Quinn. And the scene with his performance of Metallica on electric guitar in the Upside Down is one of the best of the season. He also had a cool freak tandem with Dustin. The role of the second was played by actor Eduardo Franco. He played a jovial pizza delivery man and weed-lover from California, with whom Jonathan began to hang out.

The strangest and most unnatural thing in the new season is the grown-up main child actors. The release of new episodes dragged on for three years (coronavirus plus long production), so the very first shots of the series show not cute kids who have fallen in love, but plump teenagers with broken voices, children’s hairstyles and in strange clothes. Dustin has grown the least and so far this is the most natural and almost unchanged character. 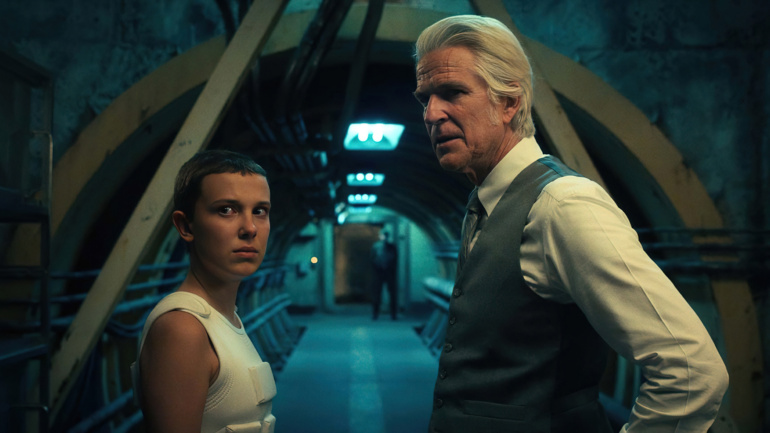 Of course, one cannot blame the series for the fact that time is ticking and it cannot be stopped, but this does not change the strangeness and unnaturalness of some actors in their seemingly familiar roles. It was in the “Game of Thrones” and we got used to it, so after a couple of episodes, the eye gets used to it here.

The fourth season of Stranger Things just got bigger, bigger, bigger, and more sinister. The project has grown not only in terms of budget, but also in the quality of performance, the work of screenwriters, actors, cameramen and directors. No longer a Stephen King fan-made teen romp like the first few seasons, this is dark horror and solid sci-fi with a powerful message, spectacular plot twists and complex themes.

Cons: an abundance of heroes, some characters did not find employment, so they were simply “dragged” along the plot, an unnatural appearance of matured child actors

Conclusion: The fourth season of “Stranger Things” was the best in the history of the project. The creators skillfully use a huge budget, an immense love for the 80s and big cinema, so they made a powerful and multifaceted saga of Good and Evil against the backdrop of growing children out of a teenage science fiction series. If by some miracle you haven’t watched this series yet, then it’s time to start. And although the project has its downsides, I can’t help but give it the highest score. This is a must see for all fantasy lovers.