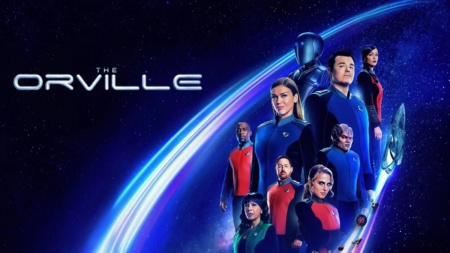 Nearly three years after the end of its second season, the sci-fi series The Orville returned to the small screen. Seth MacFarlane’s sequel to the Star Trek franchise is subtitled New Horizons, and the project has moved from FOX to Hulu. We have already watched all 10 episodes and are ready to share our impressions.

The Planetary Union is rebuilt after a bloody battle with the Kylons at the end of the second season. The Orville is at the docks for repairs and significant improvements, and its crew is trying to somehow improve life. Kylonian Isaac is in crisis with some of the crew, who see him as a soulless machine. Things heat up when a new navigator, Ensign Charlie Burke (Anne Winters), is brought on board. The girl’s friend died in the last battle with the Kylons, so she hates them and comes into open conflict with Isaac. 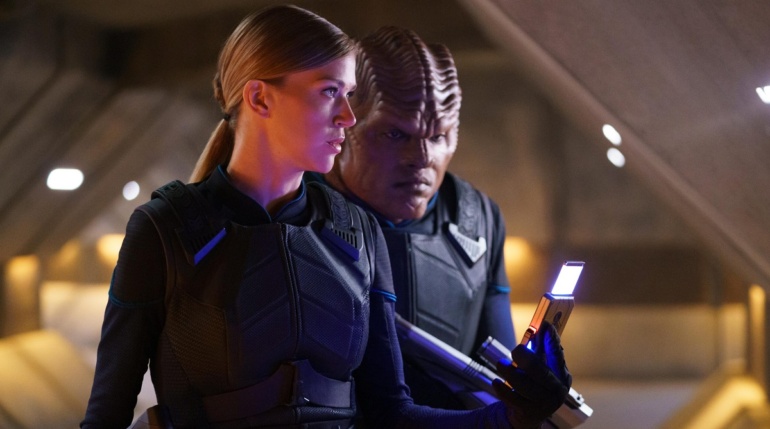 The third season of The Orville has become much more serious and epic. Now this is not just a funny mockery of the Star Trek series, seasoned with black humor and references to modern events. The universe of “Orville” has been significantly expanded, adding drama, complex ethical issues, philosophical reflections and ambiguous situations.

The series has taken on a full-fledged form – now it is filled with multi-layered political intrigues, insidious enemies, traitor allies and unwitting partners. Do not forget about the classic scheme of adventures – “Orville” flies on the next mission, where he encounters a certain problem that has to be solved in an ambiguous way. 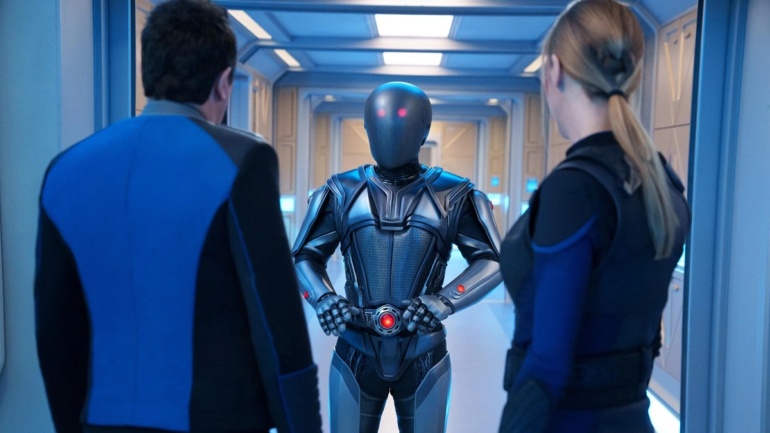 They did not leave the topic with the Kylons – the artificial life form still wants to destroy the “Planetary Union”. In the third season, the viewer is shown the reasons for their hatred of people and all other races in the universe. The chewed-out backstory of the Kylons turns them from villains to a controversial side of the conflict, with which relations take a rather unexpected turn.

The above has significantly reduced the share of humor, which means there are many fewer jokes in the series. They have not been completely removed, but enjoying the Orville will not work the way it used to. Now this is a more complex drama, where the same jokes from the first season are inserted in places. They were the ones that delighted the fans of Star Trek and all similar sci-fi series about space. 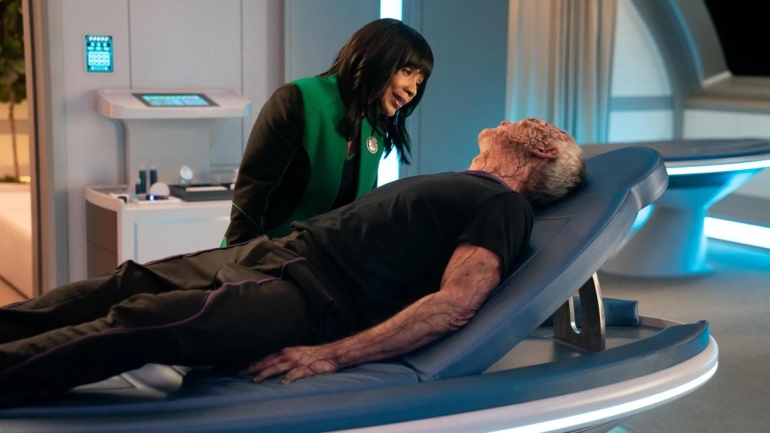 The acting of the Orville cast remained at the same decent level. The new member of the team in the face of actress Ann Winters confidently copes with the role, and in the first episodes even causes outright antipathy. But then her heroine shows herself from the best side and perfectly joins the crew. And the character of Isaac, performed by Mark Jenson, was given a significant role and made a full-fledged dramatic hero. The actor was also shown for the first time without a suit, logically beating this in the plot.

But there is almost no room left for the development of the characters of Captain Ed Mercer and First Mate Kelly Grasen. Most likely, McFarlane did this on purpose, because his character and ex-wife were given a lot of time in the first two seasons. Therefore, in the third, this pair is, as it were, on the sidelines. They only occasionally set the course of the story and intervene at key points in the plot. 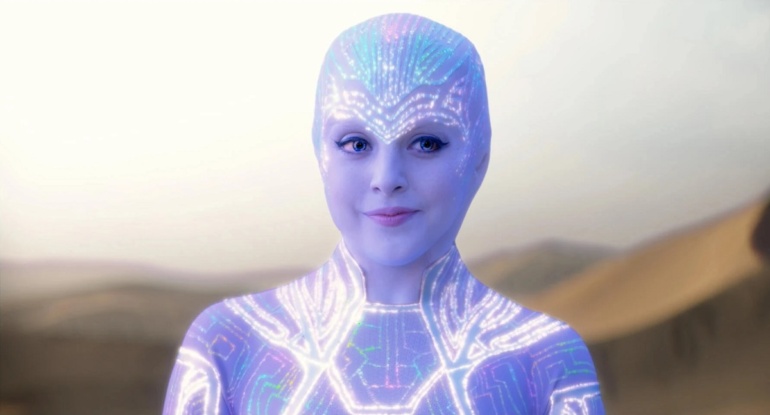 The third season of The Orville has become more spectacular and larger. The budget for New Horizons was $50 million. If we take the 10 episodes that have been released, then it comes out at 5 million per episode, which is not so much for the present times. Especially on a fantastic series about space. And yet the episodes have become significantly longer (75-85 minutes on average), their shooting is larger, and the graphics are better. Although in some places, especially in battles and various action scenes, the picture quality is noticeably mediocre. Overall, the third season of The Orville is only slightly behind the schedule of the recent Star Trek: Strange New Worlds .

Pros: excellent acting, the episodes have become noticeably longer, and each episode is like a full-fledged film, the universe of the series has taken on flesh and significantly expanded its world, more action, epic scenes and graphics, great music

Cons: Decreased humor and banter towards Star Trek, The Orville was a pale copy of all such space series, graphics could be better

Conclusion: The third season of The Orville brought new scope and ambitious goals to the project. A satirical copy of Star Trek was turned into a full-fledged fantasy series with rich lore and colorful characters. At the same time, the project has lost its main feature, for which millions of viewers fell in love with it. Now they almost never make fun of science fiction clichés, but simply create a quality modern series about space. This does not make The Orville worse, because we now have something different in front of us and we have to love it again. True, it is quite easy to do this, so the new Orville is still recommended for viewing, like the first two seasons.