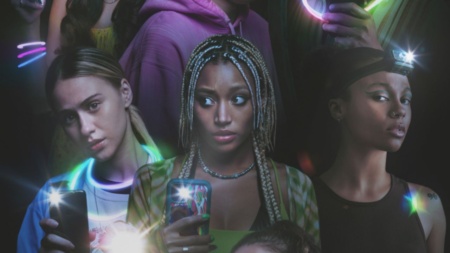 Youth horror slashers are a popular genre of modern cinema. All thanks to the versatility of the formula, which can be adjusted and modified in any way, as well as the target audience. After all, she is about as young as the main characters of such films. At the same time, at their core, the films differ little from each other. “Body, Body, Body” also at first glance seems like a standard slasher about the murders of young, rich and not very socially literate people. What movie turned out actually – read the review below.

An ordinary girl from a poor Bee family (Maria Bakalova) is dating rich Sophie (Amandla Stenberg). The latter invites her partner to a party at the family mansion of her childhood friend David (Pete Davidson). Almost everyone there has rich and successful connections, so Bee feels uncomfortable. But alcohol and drugs instantly make the girl in the new company their own.

It quickly becomes clear that there are some conflicts and understatements between almost all those present. The situation sharply escalates when, during the game of “Bodies, Bodies, Bodies” (a peculiar, but rather simple analogue of “Mafia”), real murders begin. And now the heroes need to understand who the killer is – and whether he is among those present at all. 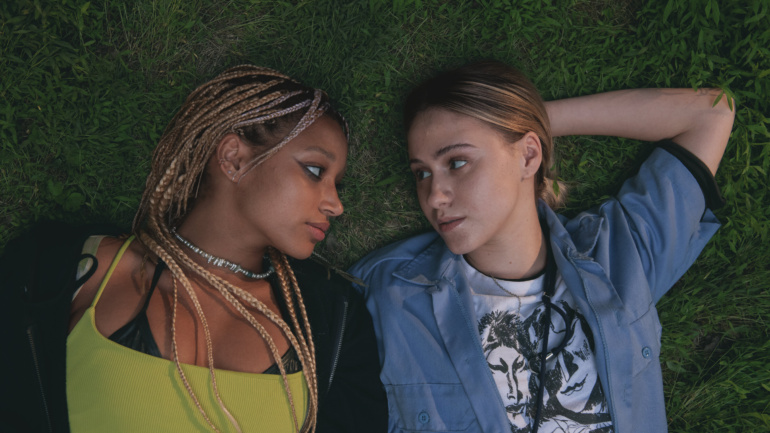 The film understands perfectly what audience it is aimed at. That is why it begins with large and long plans of kisses of the main characters, and then moves on to an unrestrained party of people who are not particularly burdened by difficult life circumstances. “Not really,” because the characters still have them. And they will play an important role in the film.

“Bodies, Bodies, Bodies” moves from a typical Netflix-style depiction of the life of a wealthy youth to a tense thriller where every word matters and carries its own weight. This is a pleasant surprise, because usually slashers do not really bother with the complex interweaving of the relationships of their characters. After all, the main thing in the genre is the savoring of murders and everything connected with them.

In “Bodies, Bodies, Bodies” murders fade into the background. Here they act only as peculiar plot transitions from act to act. In fact, the whole film is based on dialogues.

And they are here and written, and staged beautifully. It is even surprising that for director Halina Rein this is the first full-length work in English. You sincerely believe in every conversation here, and this is what many people around say now. 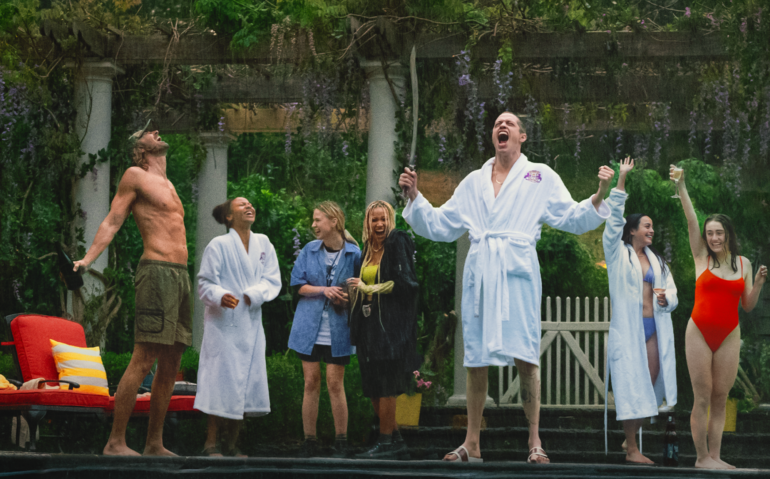 The filmmakers managed to find the perfect balance between the general suspense and zoomer style. The characters in the film shoot tiktok, discuss podcasts and are extremely worried about their emotional health. Yes, the same game “Body, Body, Body”, with which all the troubles in history began, is extremely reminiscent of the popular video game Among Us. Which itself, by the way, was written off from the Werewolf, which the oldest hero in the film did not forget to mention.

And all this does not cause rejection, it does not look like a strained and senseless attempt to “be in trend”. After all, each element here is neatly woven into the story. If something draws your attention, then it will definitely affect the plot in some other way. And sometimes in quite unexpected ways. Because of this, interest in viewing is constantly growing, even if you can’t stand the “Zoomer” aesthetic.

Each hero manages to show himself as a person for a rather modest timekeeping of an hour and a half. Although there is one exception – this is Pete Davidson, who, on some emotional, almost instinctive level, is unpleasant to look at in a serious role. The rest of the cast can only be commended. Few slashers are able to portray each of its characters as an individual, and not just a future corpse. So here “Body, body, body” also gets a plus.

It is even somewhat surprising that the movie turned out to be so good in all its details, including very little background details. It shows the tremendous work of the entire film crew, who took both the chosen topic and the presentation of the story extremely seriously. The only thing is that for some reason the film tries to present itself as a horror. But he doesn’t succeed at all.

A nice bonus when watching for some will be the soundtrack from the composer Disasterpeace. He writes almost the best chiptune and ambient in the music industry, which is noticeable at least in his work on Hyper Light Drifter and It Follows. Therefore, “Body, Body, Body” also sounds excellent in terms of music. 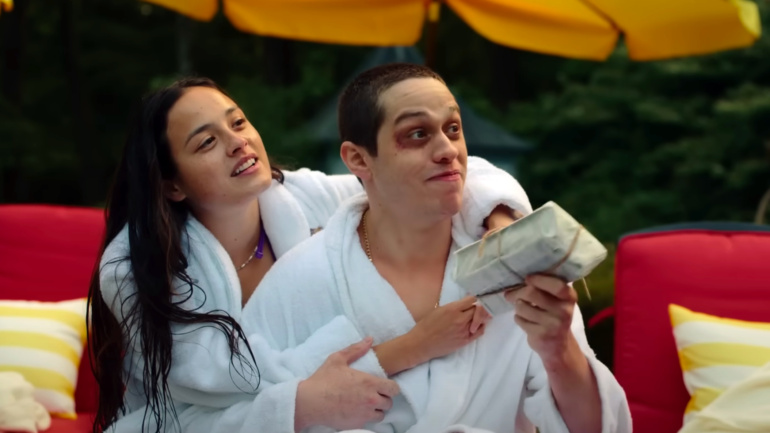 The key unique difference of “Body, body, body” has already been encountered before. Specifically – in the movie “Tucker and Dale against evil.” But the last one came out in 2010 and focused more on comedic methods. “Body, Body, Body” manages to remain serious, skillfully playing on contrasts with the dissolute lifestyle of its characters.

Oh yes, the “Android / iOS rule” in the film is read especially brightly, since the characters constantly walk around with smartphones in their hands. As you know, Apple does not allow frankly bad movie characters to use their products. And this trick in “Bodies, Bodies, Bodies” will easily help you determine who is angrier than everyone else.

Cons: non-working horror moments, someone may be repelled by the emphasis on the rhythm of life of the generation Z

Conclusion: Not a single promotional material for the film “Body, Body, Body” could convey its essence. And here it’s even good, because the movie turned out much better than you might think about it. The film can be recommended to almost everyone. And if the word TikTok doesn’t make you want to immediately run away somewhere far away, then the movie will surprise you very pleasantly.

Netflix has released the trailer for The Pale Blue Eye, a dark detective drama starring Christian Bale. In the center of the story are the mysterious murders…

Colonnade: How IT liability insurance works

Colonnade is an international insurance company operating in Ukraine since 1998. Has the highest reliability rating – AAA and no branches. The team quickly resolves all issues…

Metacritic has joined the flashmob with its traditional annual summaries – the popular rating aggregator has ranked the best movies and series of 2022. The Metacritic team…

Google named the most popular searches of 2022: Ukraine, Wordle, Queen Elizabeth and cricket

Along with the local Ukrainian ranking of the most popular search queries, Google also prepared a global chart based on the results of 2022. The year 2022…

In the annual rating of the most popular actors and actresses of 2022 of the IMDb portal, three stars from the series “Stranger Things” and two –…

Comics have long ceased to be just a collection of stories with pictures. Today, comics are used to implement educational projects, interact with society, and even use…