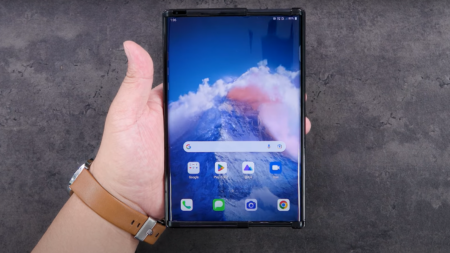 A year ago, LG announced it was pulling out of the smartphone business and canceling new device releases. One of them, a smartphone with a folding screen, we can see in a long video review, which was posted online the other day.

Surprisingly, the gadget looks like a finished device. LG has stated that it wants to release it before the end of 2021, and many felt these plans were too ambitious. The video shows the device quite ready for sale – complete with retail packaging and accessories. 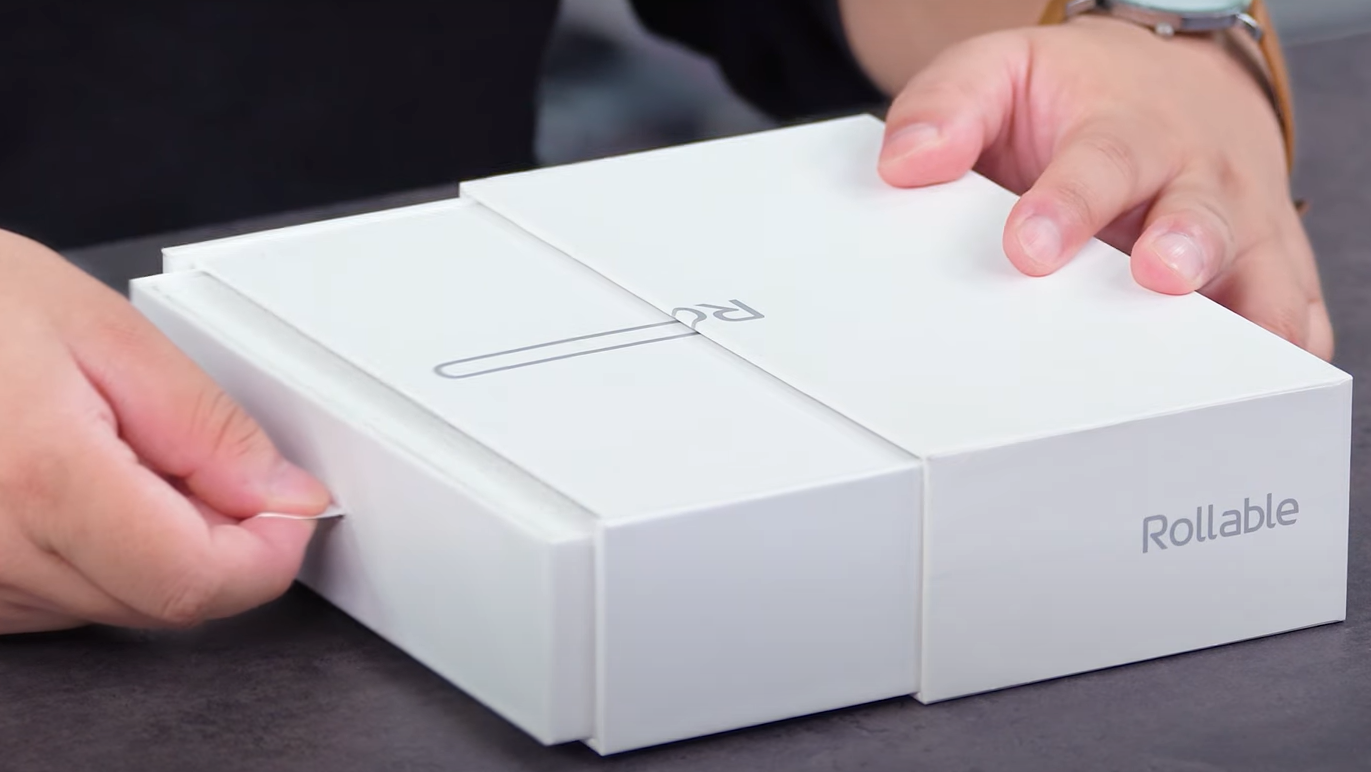 LG has allegedly sold the remaining flip phones to its employees, which explains where the canceled device in the video came from.

Become a Professional IT Recruiter and Earn $1800 in Two Years Of course, the main advantage of the device is the screen. It measures 7.4 inches from corner to corner when unfolded and 6.8 inches when fully collapsed. The unfolding mechanism is similar to the Oppo X 2021 concept phone, with the bezel of the LG phone expanding to gradually unfold its flexible OLED screen. 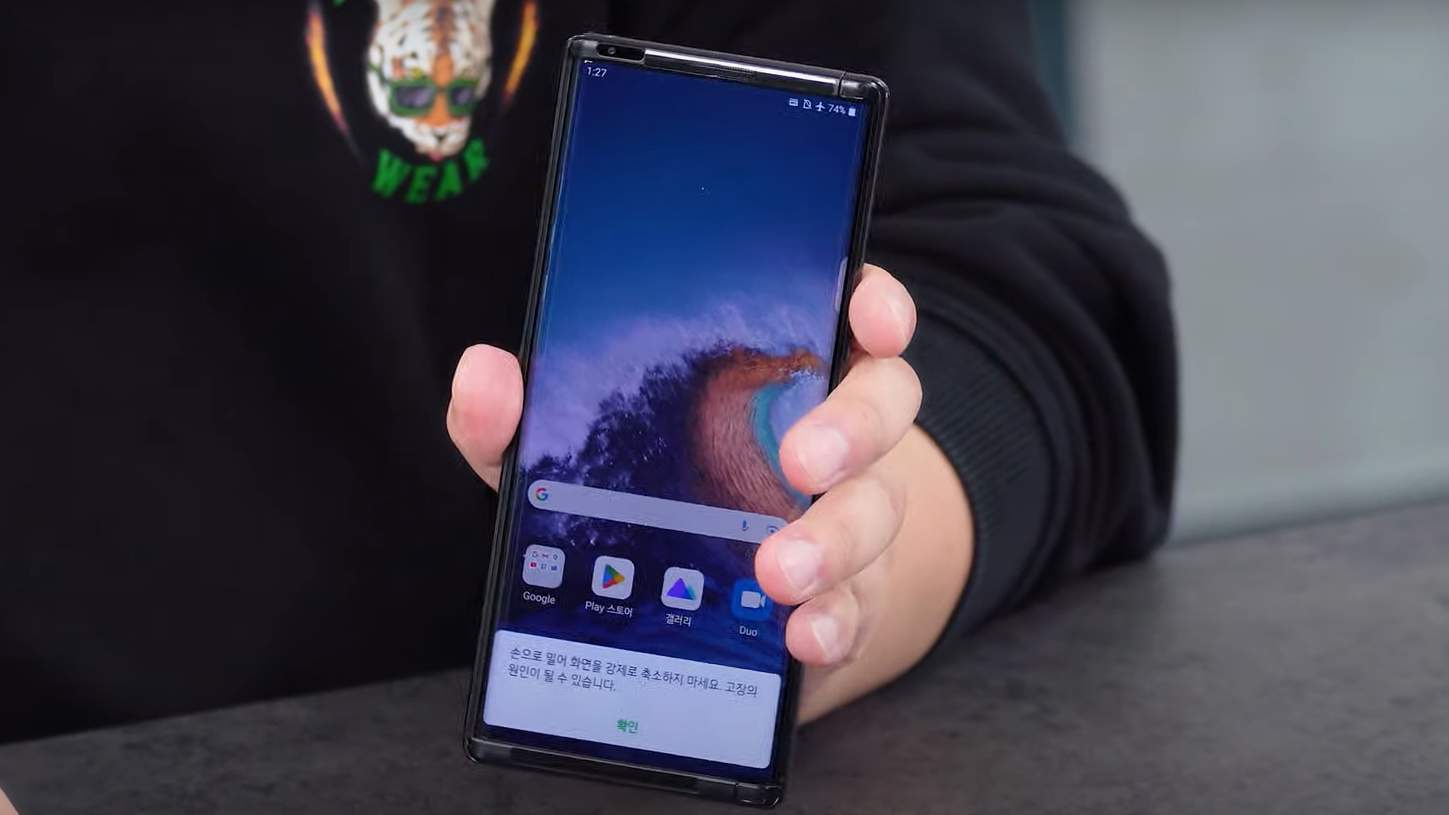 In the case of LG, there is also a display on the back of the device that appears to be able to display notifications.

The phone appears to be using a relatively powerful screen roll engine. In the video, this is confirmed by the fact that he is able to move even a small stack of books on the table.

However, it is not perfect – when unfolded, there are creases on the right side of the phone’s screen. It’s also unclear how durable the display is and how many folds it can withstand.

The video also reveals that the “circle” on its back, which some previously thought was a third camera sensor, is actually a fingerprint reader. Above it are a 64-megapixel main camera and a 12-megapixel ultra-wide-angle one.

Funnily enough, the phone’s SIM slot is hidden on the back of the phone and opens up when the phone is unfolded. 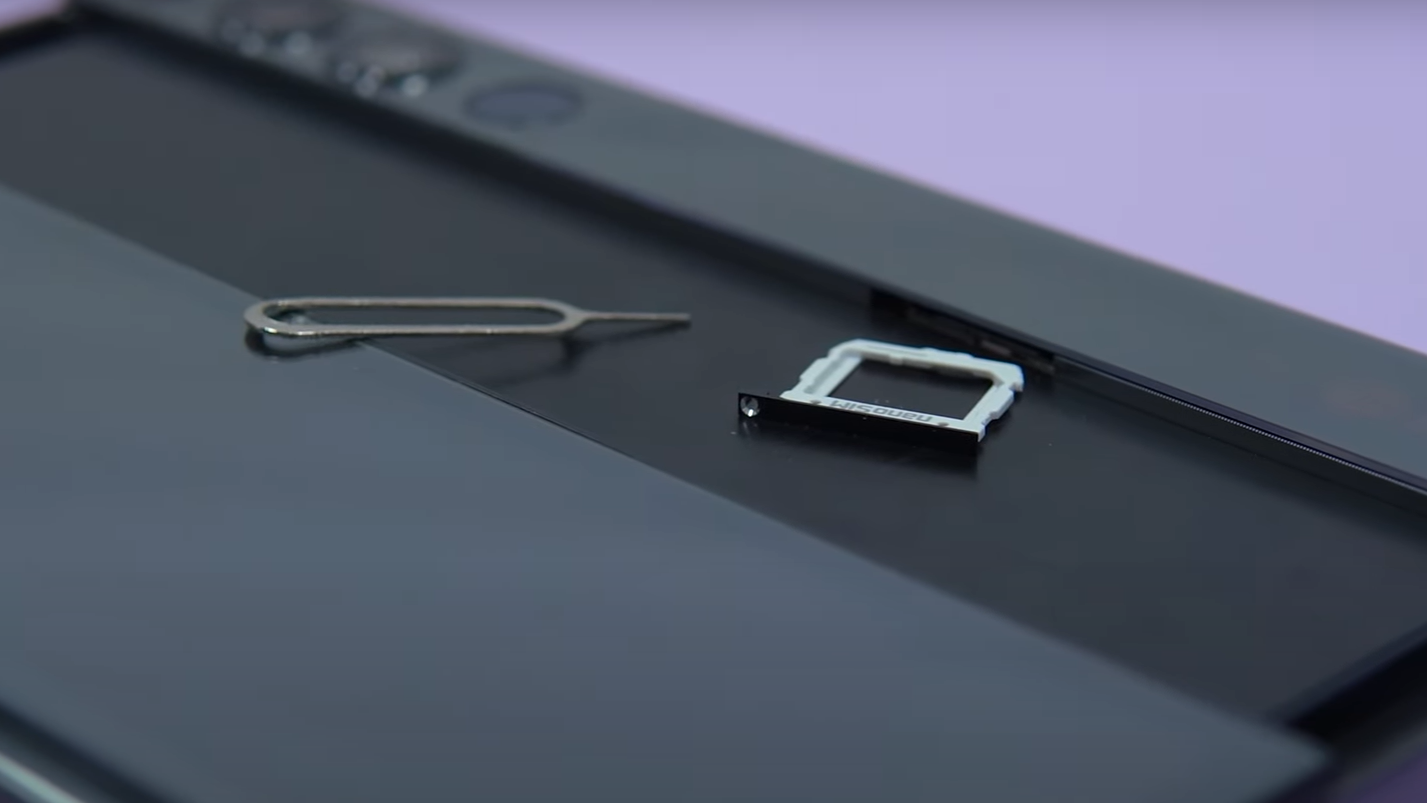 Inside, the device is equipped with a Qualcomm Snapdragon 888 processor (this is the flagship in the year the device was released), 12 GB of RAM, 256 GB of storage, and a 4500 mAh battery.

Although LG’s smartphone division is no more, quite a few companies are currently working on foldable devices, and there’s a good chance that one will eventually hit the market. In addition to the Oppo prototype mentioned above, TCL and Samsung Display have also shown interest in the technology.

Tesla shipped more than 343,000 vehicles to customers last quarter, a new record for the company

Late in the evening of October 3, Tesla reported on the volume of shipped cars in the last quarter – the largest manufacturer of electric vehicles in the world rehabilitated after a not very successful second quarter and, despite difficult... Read more

Google plans to gradually roll out a new extension platform for Chrome called Manifest V3. Starting with Chrome 112, in January 2023, the company may start deprecating Manifest V2 support in the early Canary, Dev, and Beta branches. Then in... Read more

We continue the traditional heading “PC of the month”. This time we’re looking at Multimedia, Progressive, and the updated Budget+ category. We decided to expand the range and increase the variety. In the October issue, we will compile balanced system... Read more

Firefly called the demonstration mission “Alpha Flight 2: To The Black.” As the name suggests, this was the second orbital launch for the rocket – on a previous flight in September 2021, one of the rocket’s four first-stage Reaver engines... Read more

The long-awaited launch of NASA’s Space Launch System rocket was pushed back from September 27 to mid-November following news of Hurricane Ian. The space agency has announced plans to launch the Artemis program between November 12 and 27. The SLS... Read more

The State Emergency Service of Ukraine, together with the Eastern Europe Foundation, has developed an online educational course “ Civil Security and Emergency Preparedness ” for students in grades 5-9. The main difference of the new course is that it... Read more

Military bonds appeared in the Diya application – with a maturity of 3 months to 1.5 years and a yield of up to 16%

On October 3, the Ministry of Digital Transformationheld a small presentation at the railway station in Kiev, dedicated to the launch of war bonds, which from today can be bought directly in the Diya application. To access the feature, the... Read more

On October 2, the official ceremony of launching the Hetman Ivan Mazepa corvette into the water took place at the RMK Marine shipyard in Turkey. It will become the flagship of the Ukrainian Naval Forces and will replace the Hetman... Read more

Arming NATO: what equipment does Ukraine dream of?

September 30 became rich in important news on an international scale. In addition to responding to the annexation of Ukrainian territory, President Zelensky announced that Ukraine is applying to join NATO on an accelerated basis. Help Such applications were made... Read more

The idea of moving the power connectors to the other side of the motherboard is not new. Gigabyte has launched its Stealth program, which includes GPUs, motherboards, and other components, and greatly improves cable routing inside a PC case. Help... Read more