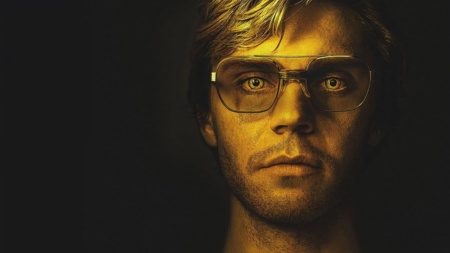 Horrormakers have taught us that serial killer stories are mostly unpretentious cheap slasher films with fictional characters like the iconic Leatherface or Freddy Krueger. But sometimes filmmakers resort to stories about real people who committed massacres against unfortunate victims.

One of the most frequent guests on the screen among the maniacs is Charles Manson. A few years ago, the comely Zac Efron portrayed Ted Bundy in The Beautiful, the Bad, the Ugly, and now Netflix decided to once again touch on this unpleasant topic in a new series about Jeffrey Dahmer, another psychopath who killed seventeen people and was sentenced to fifteen life sentences. . What came of it – read the reviews.

The new series is far from the first attempt by filmmakers to transfer the life of Dahmer to the screen. In 2017, the film “My Friend Dahmer” was released, telling about the school years of the future murderer. Two decades ago, Jeremy Renner tried on the image of this maniac in the movie “The Hangman Dahmer”, and on October 7, the documentary mini-series “Conversations with a Killer: The Jeffrey Dahmer Tapes” will be released on the same Netflix. The current series, co-showrunnered by Ryan Murphy (American Horror Story, Scream Queens, Ratchet), attempts to capture the life of a serial killer while revealing the motives behind his horrifying acts (which may or may not have happened) and the factors leading to such atrocious behavior. 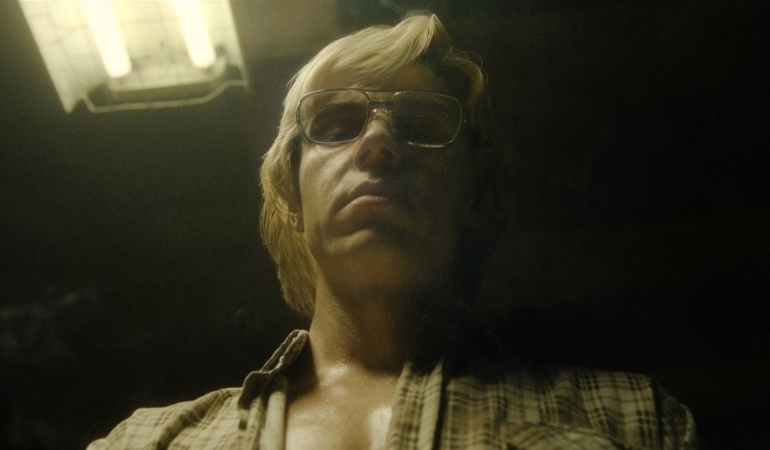 The story begins with the exposure and arrest of a serial killer. Dahmer’s failure was due to his unsuccessful attempt to deal with a black young man named Tracey Edwards. The latter managed to escape from the madman’s apartment and attracted the attention of two cops. They searched the dirty, fetid and abandoned lair of the maniac and found photographs of dismembered corpses, and later – the remains of various victims. As a result, the arrested man confessed to all the murders and told the detectives how and why he committed them. Among other things, this madman not only killed and dismembered, but also had many pathologies and mental disorders – from ordinary alcoholism to cannibalism and necrophilia. In addition, the man was a homosexual, which is why his victims were always males, often dark-skinned.

Jeffrey’s love for internal organs arose from childhood, when, with the approval of his father Lionel, he learned to dissect the corpses of small animals. Only the poor dad could not even imagine that his son’s interest lies not in the craving for the natural sciences, but in psychological pathology, which will only intensify with time. In this context, the scene looks illustrative, where such an ordinary ritual as gutting a fish acquires some special, one might say intimate meaning for the boy. Understanding this is due to close-ups and his reaction to this process. Later, during self-satisfaction, the young man will turn on not from the naked beauties from Playboy magazine, but from the memories of how he felt the insides of a fish. 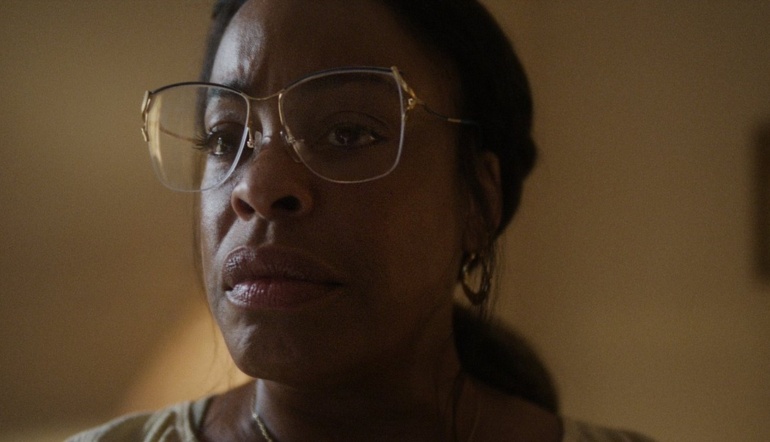 Of course, as in most such cases, Dahmer’s head problems originate precisely from childhood, which can hardly be called happy. The constant quarrels of the parents, who later divorced, insufficient attention from the mother, problems at school and a feeling of permanent loneliness led to the fact that by the age of 18 the guy really remained a lonely eccentric, completely unable to socialize and find his place in life. Although, on the other hand, you can’t say that his fate was terribly unbearable, because the mother and father were still not some kind of terrible monsters, they didn’t torture the child and didn’t teach bad things so that, having matured, he would somehow come to the craft of the conventional Bubba Sawyer.

But what is most striking in this story is not the numerous horrors that the soulless killer committed (in the best traditions of Jeepers Creepers, a kiss with the severed head of the victim appears in the frame), but the fact that they could have been avoided if American society did not suffer from racism . Because of the negligence and indifference of the police, in particular towards blacks, because of the compromise attitude of judges towards young whites, in the end, because of complete impunity, this mentally ill murderer, who, nevertheless, was aware of the horror of his actions , could easily kill himself until his crimes were exposed in 1991. The system forgave this young man too much, giving one chance after another to put his life in order. And every time Dahmer didn’t use them. 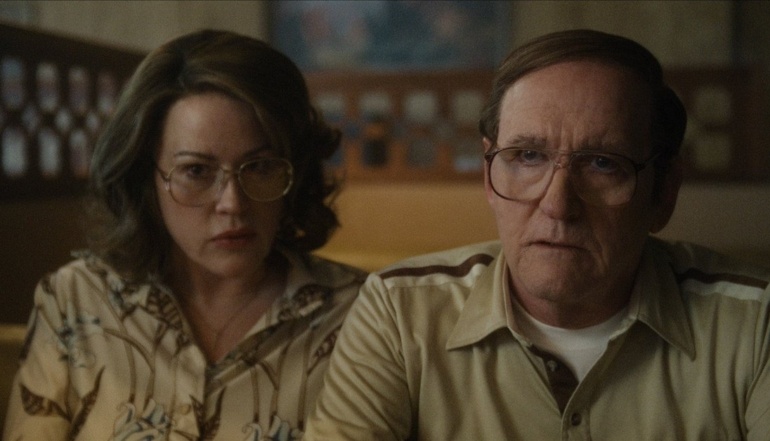 The creators of the series capture all these events with inspiration, pay attention to small details, and also demonstrate Jeffrey’s inner struggle. From the first to the next murder, he was able to hold out for 9 years, and fate provided him with more than one opportunity to start from scratch. The scriptwriters also paid attention to everyone who was somehow influenced by the executioner’s atrocities: his parents, grandmother, long-suffering neighbor, but first of all, the relatives of the victims, at whose house a terrible grief knocked.

In general, the series has a non-linear narrative, and, frankly, this way it manages not to look like another standard adaptation of a Wikipedia page. But at the same time, the story constantly jumps from one time period to another, flashbacks are replaced by flashforwards and vice versa, sometimes even too abruptly to correctly capture any events. The authors try to tell in more detail about the personality of Dahmer and everyone who surrounded him, so the story does not develop very rapidly. With such an approach, there is a risk of becoming a hostage to the obsessive thought that this scoundrel does not deserve such a thorough study. 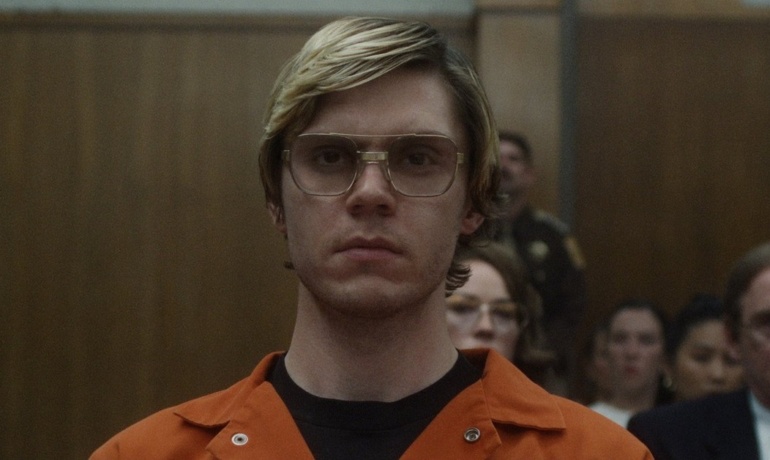 The thing is that a sad and tragic biography of such an unpleasant type is not very interesting to follow (although Evan Peters played well), and the length of a leisurely, surprisingly even tempo-rhythm narrative can serve as an effective sleeping pill. This project will be a great opportunity for everyone interested to understand and better understand the titular character, but the story is unlikely to offend a neutral viewer. In addition, the topic of racism and police brutality towards national minorities is still more relevant for American society, while Ukrainian society now has more pressing and important concerns.

Pros: confident performance by Evan Peters, meticulous attitude of the authors to details, a dark story that allows you to better understand what was going on in the head of a maniac

Conclusion: On the technical side, Dahmer is executed and played flawlessly, but the victims of a maniac are rarely able to evoke empathy, mainly due to the fact that the story focuses on the killer. The latter does not arouse any interest, let alone sympathy.