Skip to content
Home Technology Military bonds appeared in the Diya application – with a maturity of 3 months to 1.5 years and a yield of up to 16% 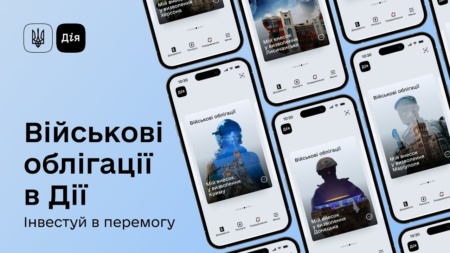 On October 3, the Ministry of Digital Transformationheld a small presentation at the railway station in Kiev, dedicated to the launch of war bonds, which from today can be bought directly in the Diya application. To access the feature, the application must be updated to the current version (3.0.52.968).

The functionality was first announced at the end of May, a week and a half ago, the developers confirmed that it was ready for launch, and now military bonds have become available in the Diya application – more precisely, the corresponding update was released on the night of October 3. 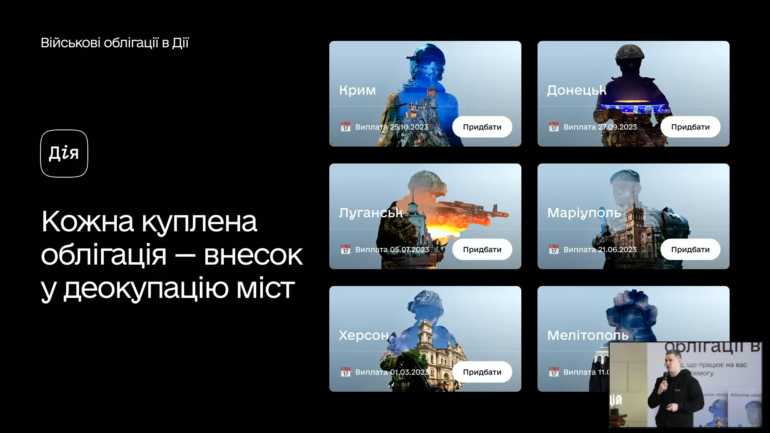 War bonds in “Diya” are named after the temporarily occupied cities – Mariupol, Crimea, Kherson, etc. Money on bonds goes directly to the state budget of Ukraine and for the needs of the army. It will be possible to buy bonds in Diya without a commission in a few clicks directly from the main screen. One military bond costs from 900 hryvnia. OVDPs with maturities from 3 months to 1.5 years are available as an option. The yield depends on the maturity and reaches 16%. After the expiration of the term, the amount of the deposit and interest on top will be paid to the єPіdtrimka card. 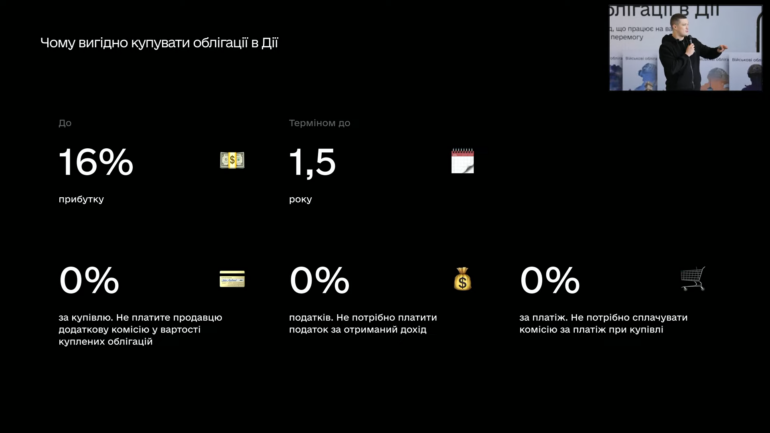 At the end of August, Diya passed the milestone of 18 million active users, so even more Ukrainians will be able to use this important financial tool to support the defense capability of the army and the economy of Ukraine. 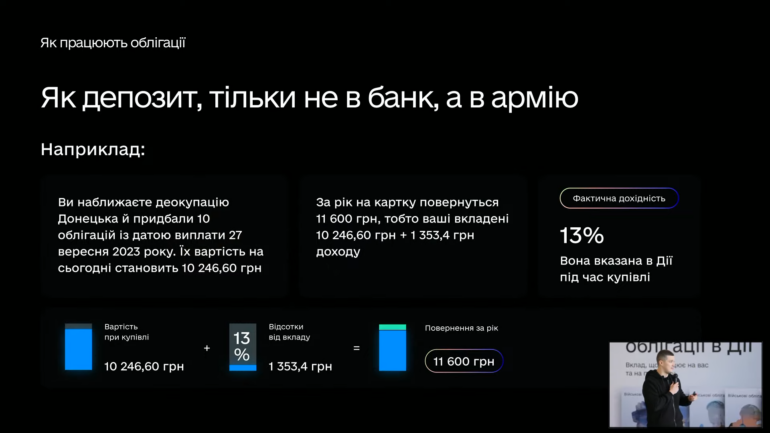 Diya does not sell bonds on its own, but only acts as an intermediary – the operation itself takes place with the participation of banks and partners who buy bonds from the National Bank at a fixed price, and during the sale put up their own and sell securities through the application of the Ministry of Digital Development. So far, there are three such partners – Alfa-Bank JSC, Ukrgasbank and Bond UA. During the presentation, Mikhail Fedorov, head of the Ministry of Digital Development, expressed confidence that the list of partners selling military bonds in Diy would soon expand to 10.

For comparison, monobank, which launched the sale of military bonds in the application back in April, offers short-term and long-term hryvnia government bonds with a maturity of 1 month to 1 year and a yield of 9.8% to 11.8% per annum, as well as short-term government bonds in foreign currency denominated in US dollars and euros – 3.71% and 2.05% per annum, respectively.

At the beginning of the month, the Cabinet of Ministers allowed the sale of war bonds through Diyu , and Prime Minister of Ukraine Denys Shmygal said that during the full-scale war, Ukrainian businesses and citizens had already purchased war bonds worth more than 100 billion hryvnias. Taking into account other advantages (the cost is below par (the securities are sold at a discount), there is no personal income tax and military tax, government guarantees for the full amount of the investment and a higher yield than on deposits in reliable state banks) this is at least partial protection against inflation, which increased in August to 23.8% in hryvnia and 8.3% in dollars.

More detailed information about military bonds in “Diya” can be found on the official portal.