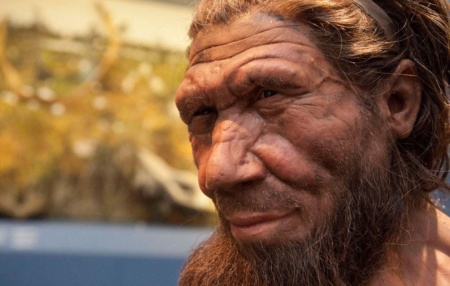 Swedish geneticist Svante Paabo has developed methods for analyzing and recovering ancient DNA, which provide new insights into the connections of ancient people with Homo sapiens and the subsequent evolution of mankind.

Anatomically modern humans, Homo sapiens, first appeared in Africa about 300,000 years ago, while our closest known relatives, the Neanderthals, evolved outside Africa and populated Europe and western Asia from about 400,000 years to 30,000 years ago. About 70,000 years ago, groups of Homo sapiens migrated from Africa to the Middle East, and from there spread throughout the world.

Thus, Neanderthals coexisted in large areas of Eurasia for tens of thousands of years. But what do we know about our connection to extinct relatives? Clues can be obtained from genomic information. By the end of the 1990s, almost the entire human genome had been sequenced, a significant achievement that allowed subsequent studies of the genetic relationship between different human populations. However, studying the relationship between modern humans and extinct Neanderthals would require sequencing of genomic DNA extracted from archaic specimens.

BREAKING NEWS:
The 2022 #NobelPrize in Physiology or Medicine has been awarded to Svante Pääbo “for his discoveries concerning the genomes of extinct hominins and human evolution.” pic.twitter.com/fGFYYnCO6J

Svante Paabo, a Swedish geneticist, was fascinated early in his career by the possibility of using modern genetic techniques to study Neanderthal DNA. However, the scientist soon realized all the extremeness and technical problems of such a study – over time, DNA is chemically modified and breaks down into short fragments. Thousands of years later, only traces of DNA remain, and they are heavily contaminated with the DNA of bacteria and modern humans. While still a doctoral student with Allan Wilson, a pioneer in evolutionary biology, Paabo began to develop new methods for studying Neanderthal DNA, and worked on this for several decades.

First, the geneticist analyzed the DNA of Neanderthal mitochondria, organelles in cells that contain their own DNA. The mitochondrial genome is small and contains only a fraction of the cell’s genetic information, but it is present in thousands of copies, which increases the chances of success. With his improved methods, Paabo was able to sequence a piece of mitochondrial DNA from a 40,000-year-old piece of bone. Thus, for the first time, the DNA sequence of an extinct Neanderthal was accessed, and its comparison with modern humans and chimpanzees showed that Neanderthals were genetically different from each other.

Since analysis of the small mitochondrial genome provided only limited information, Paabo decided to sequence the Neanderthal nuclear genome. Together with the team, he constantly improved methods for extracting and analyzing DNA from archaic bone remains. The research team used new technical developments that made DNA sequencing highly efficient. Paabo has also hired several critical staff members with expertise in population genetics and advanced sequence analysis. His efforts were crowned with success: Paabo published the first sequence of the Neanderthal genome in 2010. Comparative analysis has shown that the most recent common ancestor of Neanderthals and Homo sapiens lived about 800,000 years ago.

In 2008, a 40,000-year-old finger bone fragment was found in Denisova Cave in southern Siberia that contained exceptionally well-preserved DNA. Her team, Paabo, also sequenced, and the results caused a sensation: the DNA sequence was unique compared to all previously known sequences from Neanderthals and modern humans.

Paabo’s discoveries have generated a new understanding of our evolutionary history. At the time that Homo sapiens migrated out of Africa, at least two extinct hominin populations inhabited Eurasia. The Neanderthals lived in the western part of Eurasia, while the Denisovans inhabited the eastern parts of the continent. During the expansion of Homo sapiens out of Africa and migration to the east, they met and interbred not only with Neanderthals, but also with Denisovans.

Through his pioneering research, Svante Paabo founded an entirely new scientific discipline, paleogenomics. The scientist’s discoveries have created a unique resource that is widely used by the scientific community to better understand human evolution and migration. New methods of analysis indicate that archaic hominins may also have intermingled with Homo sapiens in Africa. However, the genomes of extinct hominins in Africa have not yet been sequenced due to the accelerated degradation of archaic DNA in tropical climates.

Thanks to the discoveries of Svante Paabo, it is now possible to understand that the archaic gene sequences of our extinct relatives influence the physiology of modern humans. One such example is the Denisovan version of the EPAS1 gene, which confers a survival advantage at high altitude and is common among modern Tibetans. Other examples are Neanderthal genes, which influence our immune response to various types of infections.

David Julius and Ardem Pataputian were awarded the Nobel Prize in Physiology or Medicine last year for discovering the receptors for temperature and touch. In 2020 – Harvey Alter, Michael Houghton and Charles Rice for the discovery of the hepatitis C virus. In 2019, William Kaelin, Peter Ratcliffe and Gregg Semenza became Nobel laureates in medicine and physiology for their study of the adaptation of cells to a lack of oxygen, in 2018 the award was presented James Ellison (USA) and Tasuku Honjo (Japan) for research in the field of cancer therapy by activating the immune response.

Video announcing the 2022 Nobel Prize in Physiology or Medicine: