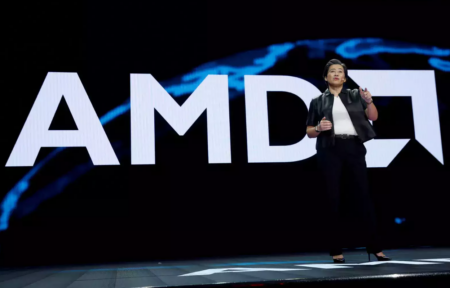 AMD released its third quarter 2022 earnings report at the close of markets. The results were in line with AMD’s preliminary forecast. As of early October, when the company generated $5.6 billion in revenue, indicating strong 29% year-on-year growth at a time when the personal computer market is in an inflationary downturn. The report did not include an operating loss following the acquisition of Xilinx.

AMD operating profit grew by 20% per year and amounted to $1.2
billion. A firm’s operating profit measures the money it has left after the costs of its products and other expenses, such as wages, are taken into account and excluded from revenue or net sales. In terms of net income, AMD reported $1.1 billion in revenue, up 23% and down a significant 93% year-on-year. In terms of cash flow, AMD generated $965 million in operating cash and $842 million in free cash during the quarter. Growth was 15% and 10% compared to $849 million and $764 million in the corresponding quarter last year.

Operating cash flow is the “true” amount a firm receives from its operations after adjusting for depreciation. Free cash flow considers the amount available to investors after excluding taxes and other expenses that do not reflect the regular day-to-day running of the business. For AMD, the rise in both cases shows that the firm improved its operating performance in the third quarter.

The numbers show that AMD’s earnings growth is still a strong trend, despite the fact that the company’s shares have fallen this year and consumers are bound by inflationary expectations.

However, AMD’s growth forecast for the next quarter was cut due to the slowdown in the PC market. This slowdown also affected Intel and NVIDIA. Going forward, AMD will experience a steady slowdown in growth.

The main driver of the decline in growth is lower spending by Chinese businesses as demand falls. Besides, drift of the server market towards ARM affects. In addition, the Chinese government has decided to phase out foreign source technologies from its infrastructure by 2025.

Intel is gradually catching up with AMD in the development of manufacturing technologies. The company is expected to move to 4nm in the second half of next year, while AMD will use TSMC’s 5nm. AMD’s transition to 4nm is expected in 2024. The difference is exacerbated by the delay in the introduction of 3 nm in the production of TSMC, which, however, the Taiwanese company has repeatedly denied. Intel also expects faster adoption of 2nm in the future. The drop in AMD’s share price from $80 to $60 is forcing analysts at Northland to change the stock’s rating from Overweight to Market Performance. AMD shares have lost 60% of their value this year as a slowdown in the PC industry and a tense macroeconomic environment have undermined investor confidence.