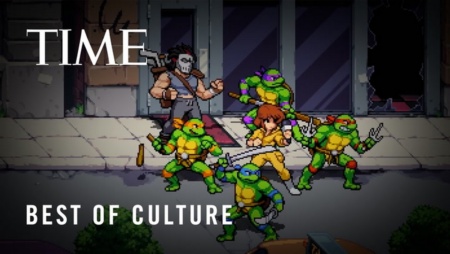 The American magazine TIME began summing up the year’s work and published a list of the ten best video games of 2022. God of War Ragnarök from the Santa Monica studio took the first place – and there are no surprises here. The sequel to the 2018 hit about the adventures of Spartan warrior demigod Kratos and his son Atreus is a top GOTY contender this year, so it’s no surprise.

Just last Sunday, Sony celebrated the significant achievement of God of War Ragnarök – the game sold 5.1 million copies in a week and set an absolute record both for the franchise and for all games from PlayStation’s internal studios. Our detailed review after 10 hours is at this link.

Elsewhere is another well-known PlayStation exclusive – Horizon Forbidden West, the long-awaited sequel to Guerrilla Games’ 2017 hit (Horizon Zero Dawn) about the adventures of a girl Ela in a post-apocalyptic world filled with robots that look like various animals.

Rounding out the top three is The Quarry – the Supermassive Games horror game even beat the noisy Elden Ring from FromSoftware and Bandai Namco, which placed fourth. We will remind you that the action-RPG from the authors of Sekiro and Dark Souls still holds the first place in the rating of the highest ratings on Metacritic and OpenCritic aggregators.

The “cat” cyberpunk adventure Stray, the updated version of The Last of Us Part I, the kung fu action Sifu and several other releases also made it to the top ten according to TIME.