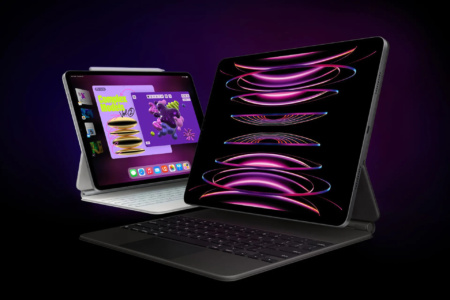 Both new products can be ordered from Ukrainian retailers that officially sell Apple equipment. Among them are Rozetka, MOYO, Comfy, ALLO and others. The terms are usual – full prepayment or payment for payments under the relevant programs from various banks (repayment period – from 3 to 15 months). The first buyers will receive their tablets as early as Monday, December 5, when orders begin to ship. On the same day, the new products will be available for free sale, provided that there is something left after collecting the previous orders.

Below are the reduced prices that are current as of today — some networks show prices as promotional with a discount of up to UAH 8,000. from the regular price. This does not necessarily mean an increase in prices after the actual start of sales, but may be an ordinary PR manipulation. As always, everything depends on inflation, currency fluctuations and demand. At the same time, in Ukraine, despite the war and economic downturn, there is still a relatively high demand for Apple equipment, and the iPhone 14 has significantly increased in price from the level that was at the beginning of sales in September. Actually, pre-orders for new iPads started yesterday evening and some items in stores have already fallen out.

About the key changes and features of Apple iPad 10.9 and Apple iPad Pro 12.9 – in our October material dedicated to the announcement of these tablets. We also prepare our own materials to tell more about Apple’s new products, so do not switch and follow the updates of the materials on the site.