Skip to content
Home Technology “Guardians of the Galaxy 3” – the first trailer introduces unusual places and creatures. The movie comic will be released on May 4, 2023 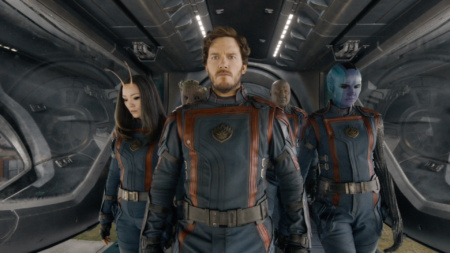 Disney released the official trailer for the third “Guardians of the Galaxy” – it looks like the movie will be a crazy race for the stars. One of the planets shown is very similar to Earth, but filled with bipedal aliens with animal faces. The guards will go to some giant fleshy spiral thing in space.

James Gunn, who directed the first two films, is back at it for the third installment after being fired for offensive tweets and rehired less than a year later. However, this will most likely be Gunn’s last film for Marvel – he was recently named one of the CEOs of DC Studios.

To prepare for the movie, you can watch the new holiday special of Guardians of the Galaxy on Disney Plus. It feels like a prologue to the next movie, even though it doesn’t say so directly.

“Guardians of the Galaxy 3” will be released in Ukrainian cinemas on May 4, 2023.

James Gunn: We didn’t put the trailer for “Guardians of the Galaxy 3” online because of insufficient visual effects readiness