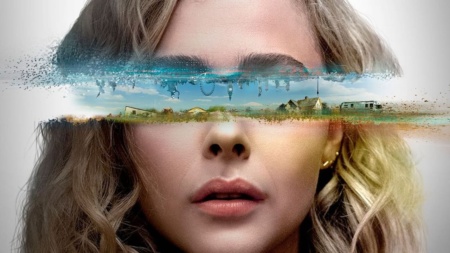 In the second half of October, Amazon Prime Video launched the science fiction series “Peripheral Devices”, based on the novel of the same name by William Gibson. The showrunner of the project was Scott B. Smith, and the producers of “World of the Wild West” Jonathan Nolan and Lisa Joy. In this review, we tell whether the authors managed to adequately transfer this rather difficult material to the screen.

2032 year. A young girl, Flynn Fisher, lives in a small, god-struck American town with her brother Burton and her seriously ill mother. She works at a 3D printing facility and also helps Burton test VR games to earn money for expensive medicine for his mother.

Somehow, some Colombian office sends the Fishers an unusual headset, with the help of which you can get into a hyper-realistic virtual world. Customers offer a lot of money for testing this toy, so the brother and sister plunge headlong into the business. 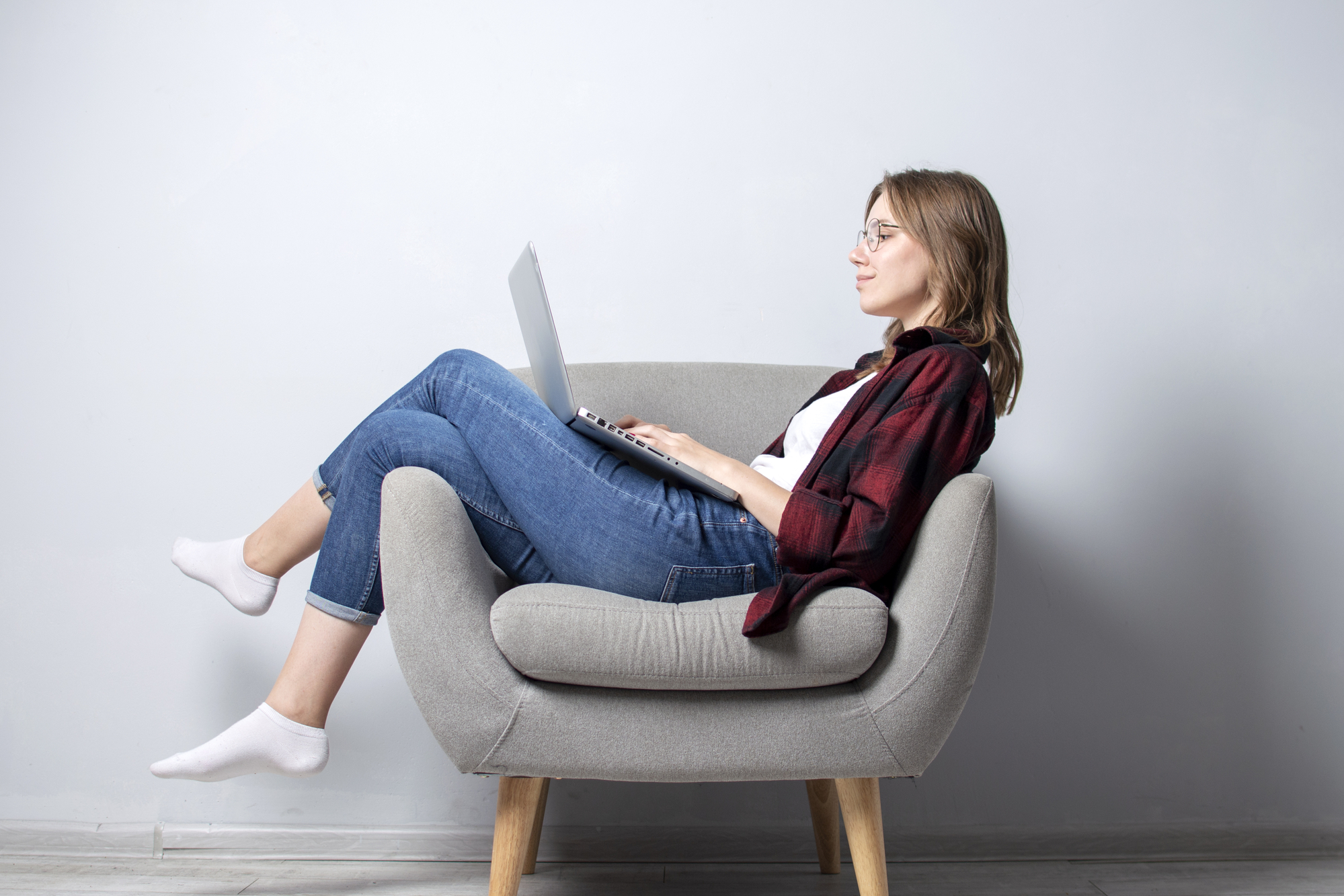 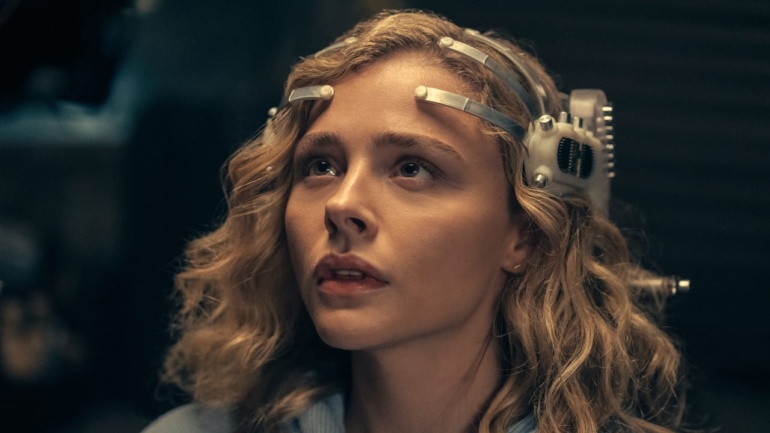 In the virtual dimension, Flynn performs strange tasks and meets his supposed curator – a woman named Aelita. But after dying in the game, the main character starts receiving threatening messages from a stranger that she is now in mortal danger. The girl tries to ignore this unsuccessful prank for some time, until a squad of mercenaries armed to the teeth appears on the doorstep of her house.

Despite his significant literary legacy and influence, especially as a science fiction writer, as well as the unofficial title of the founder of cyberpunk, Gibson’s works were only filmed a few times, back in the 90s. In addition, “Johnny-Mnemonic” and “New Rose Hotel” were adaptations of short stories.

But it is the novels that have not yet been destined to be transferred to the cinema screen, although many attempts have been made. Finally, in 2018, 4 years after the release of The Peripheral book, Jonathan Nolan and Lisa Joy announced the development of a serial film adaptation.

Already from the pilot episode, one can feel the authors’ respect for the original source. It is interesting that they tried to convey the spirit of the original, although they had to change some points. For example, in the literary work, Burton had urgent business and therefore asked Flynn to temporarily replace them in the game. In the series, the girl’s involvement is explained by the fact that she is simply a much cooler gamer than her brother. In addition, the main characters will have to investigate not the murder of Aelita, but her disappearance, and this changes the essence of the investigation.

However, most of the forced or even deliberate changes and simplifications do not look inappropriate. After all, the plot captivates at first and does not let go until the conditional denouement. It is conditional because the final episode is not actually the finale. In addition, the second season is already in development. 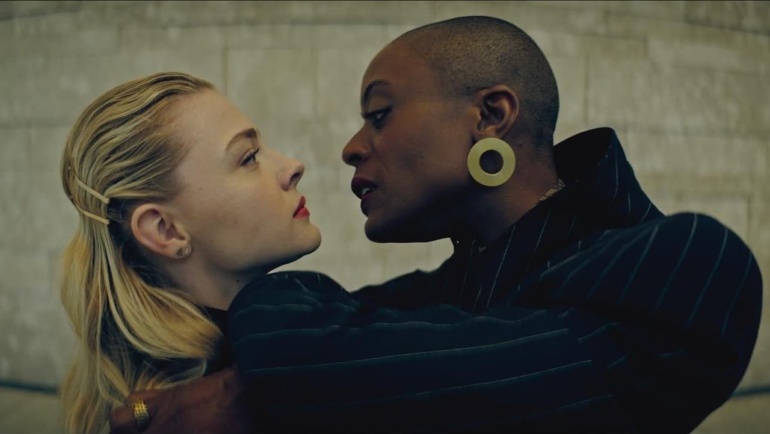 “Peripheral devices” looks like a high-quality serial fiction, which speaks the leitmotifs of the novel quite straightforwardly. That in ten years, or in a hundred years, after the apocalypse, which will receive the paradoxical and slightly satirical name Jackpot, the latest technologies will be of great importance.

But at the same time, humanity will continue to make mistakes, and the powerful of this world will continue to compete for the sphere of influence by criminal means and conduct harmful large-scale policies. It is clear that mere mortals will always suffer from this. And in general, everyone is involved.

The story begins quite lively, although it slows down a little from the third episode, but this is not critical. That being said, it will be easier to get into the topic here than in the book, although there are nuances. Gibson scattered a bunch of incomprehensible terms and was in no hurry to explain them, which turned the first hundred pages of the novel into a “struggle” with him to some extent. But at the same time, the writer provided many maneuvers for the reader’s imagination.

In the series, you can immediately see with your own eyes who they are, these kleptarchs or mitikoids, and what they look like. But it completely cuts off any options to play with the viewer’s imagination, because everything becomes visible and understandable. You don’t even have to imagine what London at the end of the 21st century is. Frankly, he is not impressive.

Certain simplifications and obvious visualization of what previously had to be guessed helps creators attract an audience that is not familiar with the original source. Indeed, viewers who have not read the novel, but are fond of the science fiction genre, can be quite interested in this project. At the same time, the creators manage to dose dialogue scenes and action well, which looks decent for a serial format.

Chloe Grace Moretz confidently plays the role of a skilled girl and a so-called peripheral with a set of cool fighting skills. Her character in the world of futuristic London is not objectified sexually, as it is customary to do with modern action heroines. That is, no seductive outfits in the style of Milla Jovovich from “Resident Evil”, or especially the shiny latex in which Kate Beckinsale flaunted in “Another World”. Only a strict business suit and a modest hairstyle.

There are several interesting scenes and ideas from the point of view of fantasy itself, which can be compared with other representatives of the genre. At one point, the viewer can watch a scene where a character’s eye is removed, and it reminds one of the legendary scene from Cameron’s Terminator. In another, you can see cars of the future that have the same camouflage technology that the Predator had. And the main villain generally resembles a warrior from the Wakandan special forces Dora Milaje. 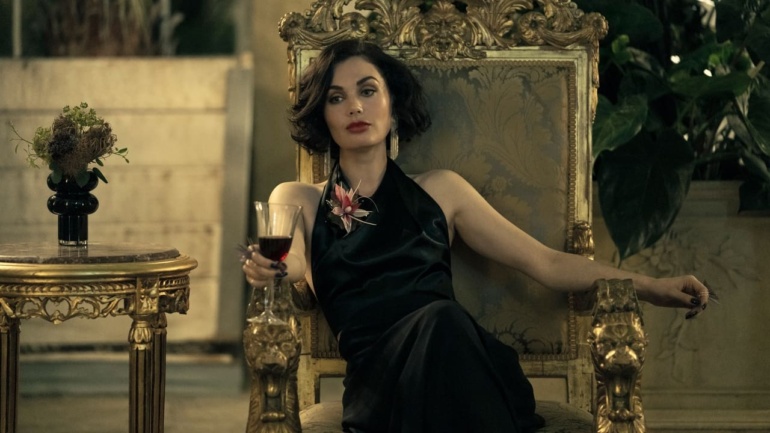 The participation of transgender actress Alexandra Billings as Inspector Lowbeer, one of the most important and influential characters in the book, is not inappropriate in the project. Because this is its authentic status in relation to the original source. But Wilf Netherton, for example, is no longer the unenlightened drunk that he appeared before the reader.

“Peripherals” is definitely an outstanding fantasy of all time, which deserves the highest possible rating. But this is a high-quality and solid genre product, capable of capturing well and even talking about interesting topics, which at times can hardly be classified as purely fantastic.

Cons:
purely serial format, which does not allow to impress to the extent that the best representatives of the genre manage to do, the disassembly in 2099 takes place mainly not with the help of some futuristic means, but is good old fashioned

Conclusion:
Peripherals is recommended viewing for all science fiction and Chloe Grace Moretz fans. The young actress turns out to be the decoration of this project, and the intricacies of the plot arcs are quite intriguing.