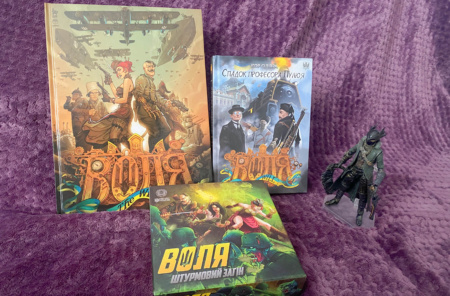 Comics have long ceased to be just a collection of stories with pictures. Today, comics are used to implement educational projects, interact with society, and even use them as propaganda. The Volya comic project also not only tells stories, but also shares the details of the struggle for the independence of the Ukrainian people and helps to strengthen the ideas of Ukraine. Let’s talk about it in more detail. 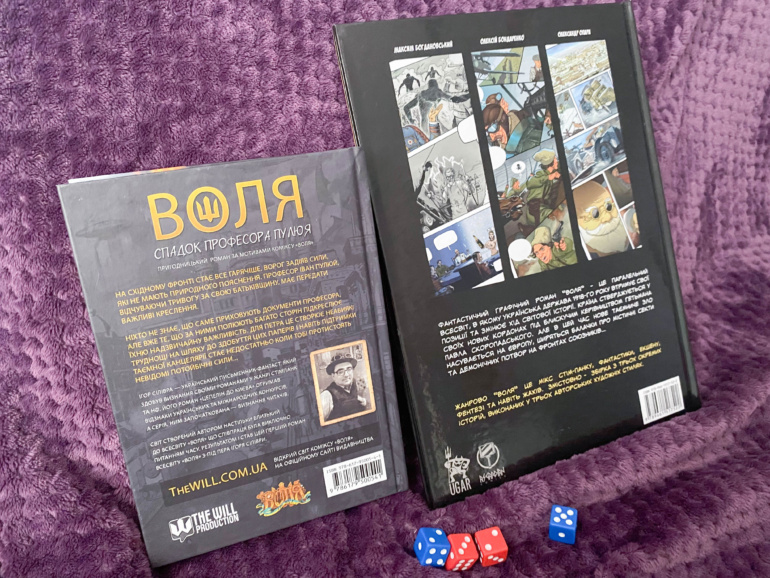 In the world of the alternative history of Volya, the First World War did not end in 1918. Battles are raging in different parts of the world. And at this time, the Ukrainian State still manages to develop. All thanks to technological progress, military success and industrial development. However, the Bolsheviks have their own greedy plans for the Ukrainian State, so it is necessary to give them a decent rebuff.

First of all, Volya attracts with its setting. In the alternative history of the comic, steampunk and dieselpunk became the dominant trends. Therefore, they fight in the comic not only with standard weapons, but also with the use of huge armored airships, robotic prostheses and exoskeletons. It looks as pathetic as possible. 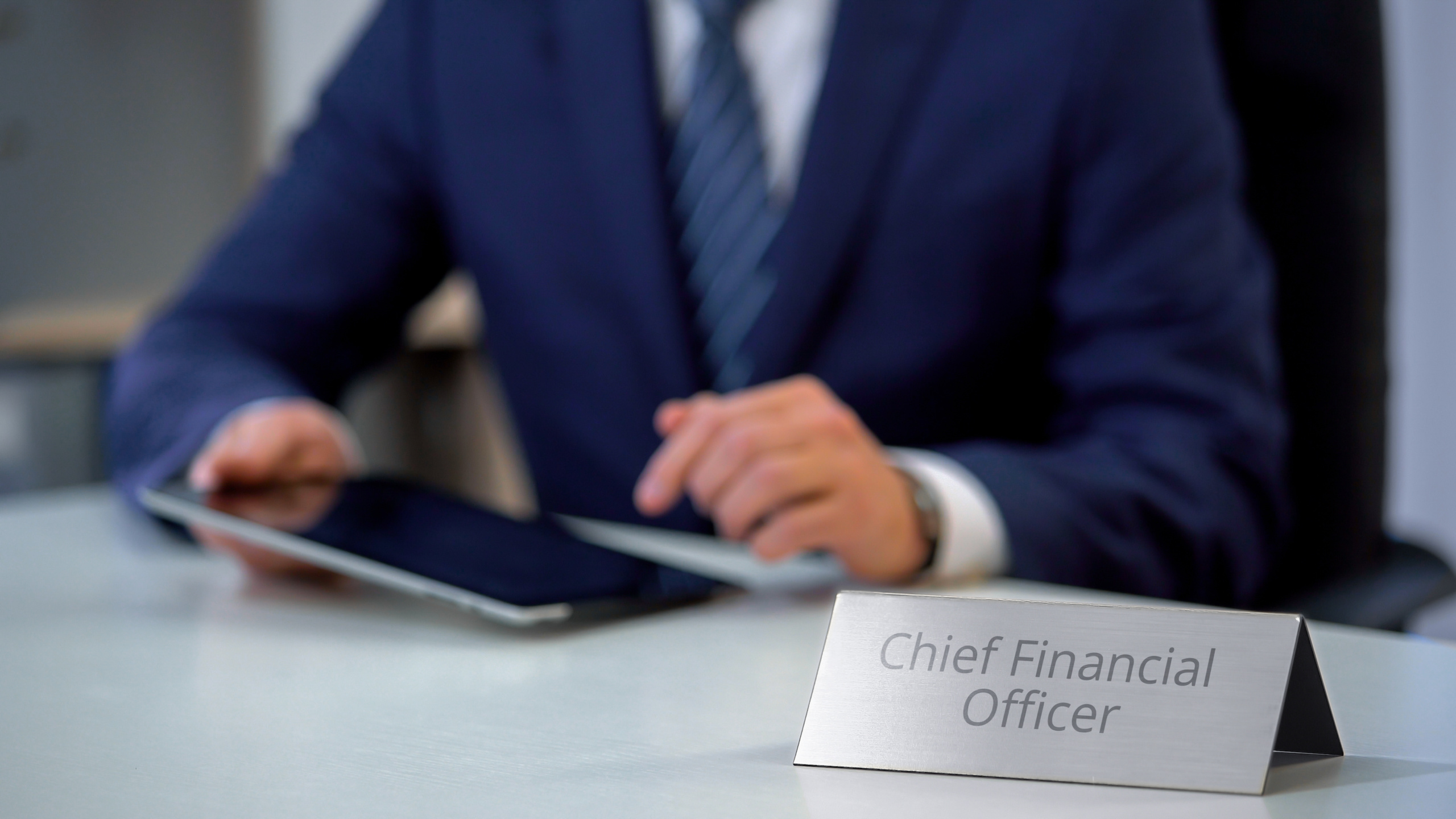 However, Vola’s business is not limited to technologies alone. The characters here also have to deal with occult monsters and evil spirits. Authors, in principle, once again do not focus on restrictions and templates. After all, the main thing is to be interesting.

Therefore, the local alternative history does not try too hard to be similar to the real history. The authors took familiar names, events and elements, but twisted them at their own discretion to make them look attractive in the context of “Will”. That is why familiar characters of the level of Mykhailo Hrushevskyi and Nestor Makhn here look brutal, masculine and defiant. 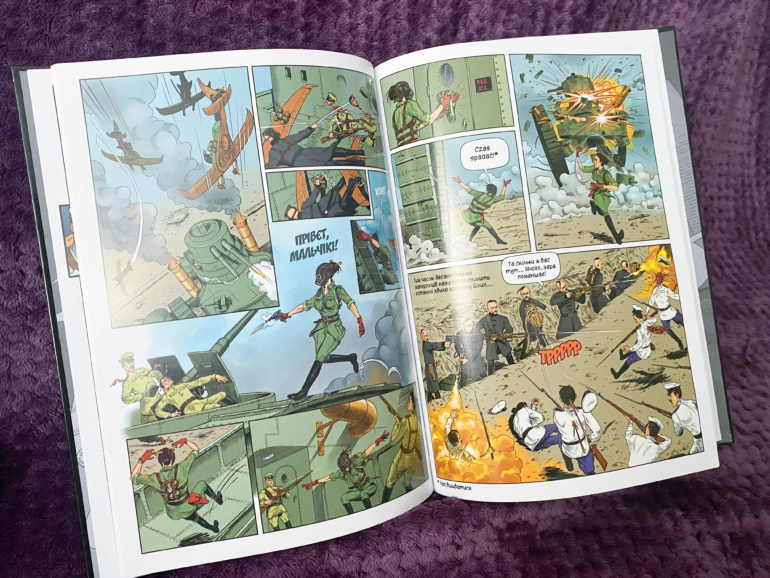 However, the creators of Volya did not forget about the real story. The comics have pages that talk about real historical facts in an accessible form. They are related to the plot of the comics, but are generally united by the leitmotif of the struggle of Ukrainians for independence. The author of the project, Vyacheslav Bugaev himself, admitted that the idea of ​​creating a comic appeared due to insufficient attention of the media market to the period of the Ukrainian State.

The general idea of ​​”Will” also becomes clear quite quickly. After all, the first volume of the comic was published in 2017, when Russia was already occupying Crimea and partially Donetsk and Luhansk regions. So “Volya” literally begins with the instruction to “return Crimea”, and the general division into black and white is very obvious here.

However, the authors seem to be trying to show the Cossacks and Ukrainian soldiers as less unambiguous characters. But this does not go beyond fleeting hints on one page. Ukrainians in Vola are superheroes. However, there are no unnecessary questions why they were depicted in this way. And against the background of 2022, one does not want to argue with such a statement at all.

“Volya” stands out for its beautiful drawing style. It is bright and expressive here, reminiscent of the best superhero comics of the “zeroes”. It is worth paying attention to “Volya” if only because of how it looks.

However, when reading the comic, you can’t get rid of the thought that everything is happening too fast. New characters appear regularly, events and contexts overlap each other. And in such a commotion, it is difficult to fully immerse yourself in the attractive world of Vola. After all, what’s the point of an interesting design or location if they disappear after a page?

As a result, it is precisely as a plot work with a well-thought-out dramaturgical component that “Will” wakes up perceptibly. To some extent, the comic is perceived as high-quality, but still only a sketch of its fantastic world. The format of the publication helps to strengthen this feeling. The first volume is only a little over 50 pages, so they were divided into three stories anyway. It is obvious that it will not be possible to fully capture the reader’s attention in such a short time.

Only the authors of Volya listen to the wishes of readers and are not afraid of experiments. Therefore, already the second volume is distinguished by a complete story, a stronger plot and an increased overall level of quality. 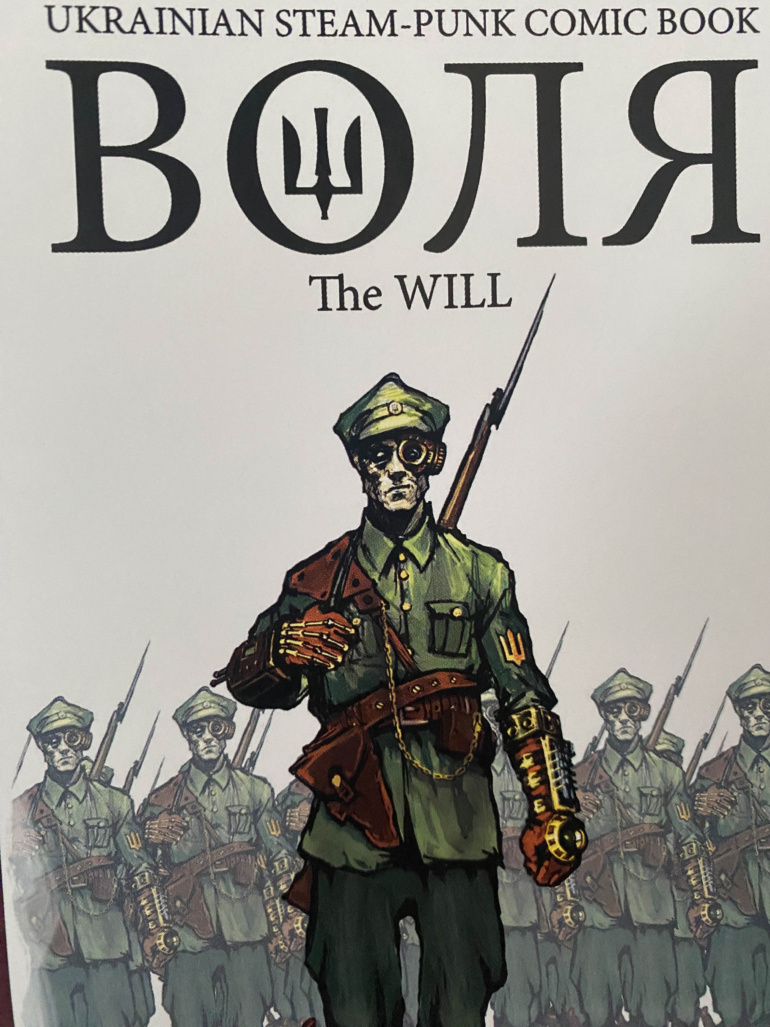 And how the publishing house The Will Production does not focus on only one series and one format. The authors publish various works that are united, perhaps, only by a common artistic style. Among them are extremely interesting works such as “CyberKrai”, in which Pavlo Zibrov deals with enemies in the cyberpunk world.

Volya even got its own board game. It is relatively simple in its rules, so that you can figure it out without several days of preparation. But it has enough nuances and complex points, so you will still have to spend time studying the rules.

And separately in the world of “Will” Igor Silivr’s novel “Will: The Legacy of Professor Pulyu” will stand out. This is the most recent addition to the world of Will, which solves the main problem of the series – the general rush of the plot.

All thanks to the book format. After all, its 350 pages allow you to fully describe the characters with their characters, and to create an intrigue, and to allocate time for a heartfelt conversation about the high. The language in “Professor Puluy’s Legacy” is not too complicated, but you wouldn’t call it a teenage book at all. It will be potentially interesting for everyone.

The author of the book, Ihor Silivra, himself works in the genre of alternative history in the settings of Ukraine. His work “Zeppelin to Kyiv” is very similar to “Volya” in its features. Therefore, the author’s cooperation with the project upon first meeting the representatives of The Will Production became exclusively a matter of time.

However, you don’t need to delve into the nuances of the “Will” universe to understand the story of the book. Silivra uses only sketches of familiar images to tell something original. The author himself also said that some chaotic nature of the comics’ canons created difficulties for him during writing. Therefore, he had to carefully think through and compare all plot points.

And the result justified itself. “Professor Pului’s Legacy” is an exciting adventure full of intrigue and discovery. Which competently uses the world of comics and brings it to a new level. And in which, which will be important for someone, the ideas of Ukrainian patriotism are not loud and noticeable, but rather laconic, but at the same time just as appropriate. 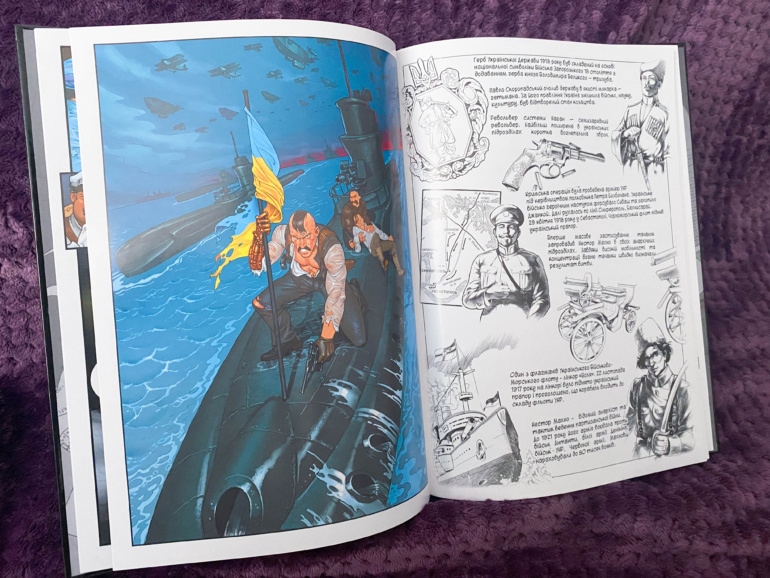 The authors call “Volya” a unique project. It is difficult to argue with this, because the Ukrainian comics market cannot yet offer something similar. The project has its flaws, but the overall level of quality is still extremely high. And as for an independent project, it is generally a foreign one.

The Will Production still has enough ideas for future implementation. There are even plans for a film adaptation of Volya. And if it does succeed, it may very well become one of the most prestigious Ukrainian projects. After all, there is a decent foundation for this.

PS And also “Volya” at one time got on the nerves of Kremlin propagandists, which pleases separately.

Cons:
haste of the plot in comics, one-sidedness of the sides of the plot

Conclusion:
“Volya” feels especially relevant against the background of Russia’s full-scale invasion of Ukraine. Because of him, you stop paying attention to some controversial moments of the comic universe. But even without this, “Volya” turned out to be a great franchise that has every chance to grow into a key one for the Ukrainian media industry.