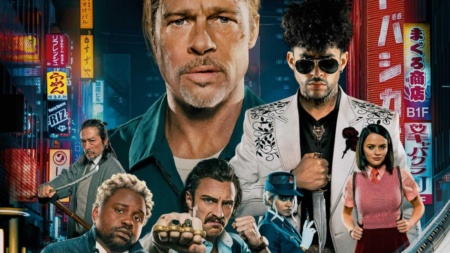 On August 11, the release of the action movie High Speed Train will begin in Ukrainian cinemas. It is an adaptation of the novel “Bug Maria” by Japanese writer Kotaro Isaki. From the first glance, the movie attracts with its bright cast. World stars such as Brad Pitt, Sandra Bullock, Ryan Reynolds and Hiroyuki Sanada played here, and some of them are involved only in episodic and fleeting roles. The trailers promised bright and stylish action, but High Speed Train delivers a lot more than well-chosen fights and popular actors. What exactly – find out from the review below.

The plot of the film tells about several hired killers whom fate brought together in one high-speed train in Japan. All of them are distinguished by bright characters, motives and views of the world, but the most important thing is the goals pursued on the train. However, it quickly turns out that all the tasks of the killers are interconnected, and every action of one person can lead to a fiasco for everyone else.

Thus begins a tense, but at the same time full of humor and dark irony, confrontation between professional killers who do not know what failures are. If you expect high-speed train from the bright action, then it is here – and even cooler than all the trailers showed. David Leitch (Deadpool 2, Fast & Furious: Hobbes & Shaw) makes the absolute most out of every fight. In addition, he still works well with large-scale fights, and with more local, but elegant and inventive duels. 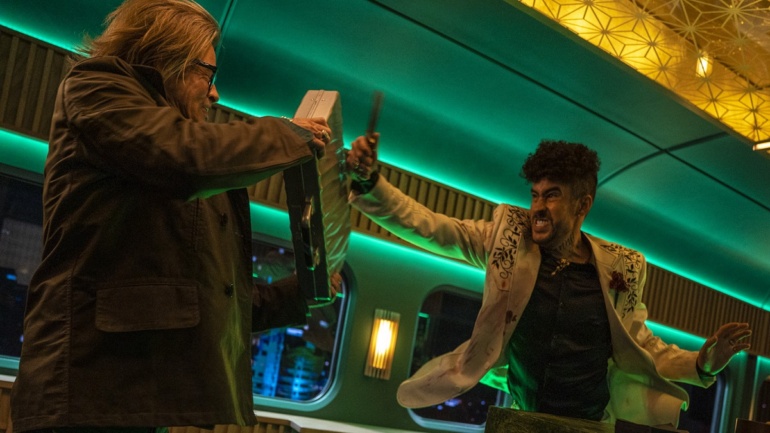 In Litch, as a director of a good action game, no one doubts for a long time. Perhaps the director himself knows this too. So in High Speed Train, he decided to show off his other talents.

For example, the film seemed to be as stylized as possible. Even though almost all the events on it unfold in the chamber locations of the train cars, the picture is still diverse. All because of the different approaches to camera shooting, color grading and other technical nuances that create a unique mood for each scene. And numerous flashbacks here are generally designed for different genres of cinema, so you can easily recognize samurai epics, classic action movies and even elements of Tarantino in them.

All such moments in the cinema are not things in themselves, but full-fledged strokes of a large-scale picture of the plot. This is another achievement of Leitch as a director. He created not just a beautiful, but meaningless extravaganza, but a real puzzle in which every detail is important. Even an ordinary bottle of water, in the end, can turn out to be a full-fledged “hero” of the story – and this will feel harmonious and logical. 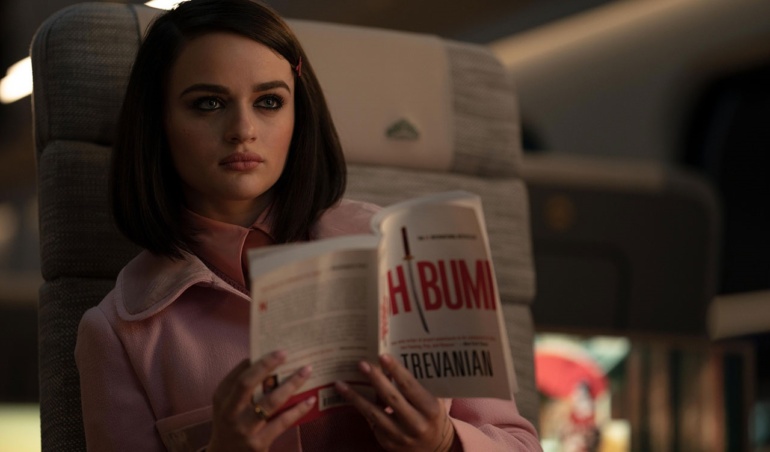 The characters of the “High Speed Train” are also attracted to them. They don’t look like the typical stylish assassins that cinema regularly feeds us with. The source book is to be thanked for this, because the Japanese view of things is different from the Western one. And even though the movie has lost a bit of the poetry and charm of the original, it successfully embodied the essence of the heroes of the novel.

That is why there are no familiar heroes and thieves in the plot, no one even enters into dubious morality. Every killer just has to do their job and survive. In parallel, they are very fond of talking about everything in the world, and the topics are chosen quite unusual. For example, the killer Lemon (by the way, the local killers do not have names – only nicknames) built all his morality on the TV show “Thomas the Tank Engine and His Friends”, he evaluates people precisely according to the plots of the animated series. And everyone has at least one such feature that turns him into a very colorful and magical personality.

Watching these slightly crazy personalities interact with each other is pure pleasure. The dialogue and staging in High Speed Train is top notch and only adds to the overall atmosphere of the film. True, closer to the finale, the charm disappears a little when the plot changes the development vector somewhat. 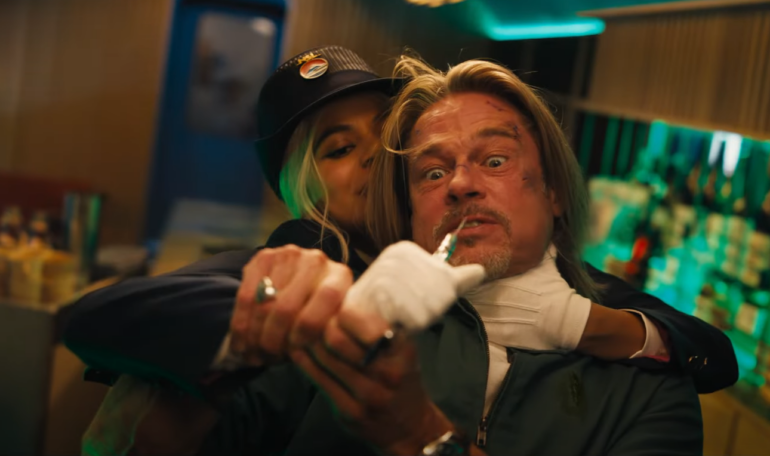 On the technical side, in the “high-speed train” is also almost all good. Only one final scene, executed entirely with the use of computer graphics, hurts the eyes a little. Otherwise, the film is made beautifully and polished, and the intimacy of the locations does not interfere with it at all. Even the violent moments are stylized and grotesque, just like in Tarantino.

The soundtrack from Dominic Lewis stands out separately. The music here fits perfectly on every scene, and in general, the tracks turned out to be a good genre mix, in which there was a place for both Japanese versions of classic hits and aggressive synthwave. Listening to them is pleasant and separate from the cinema, which is already quite a big achievement. 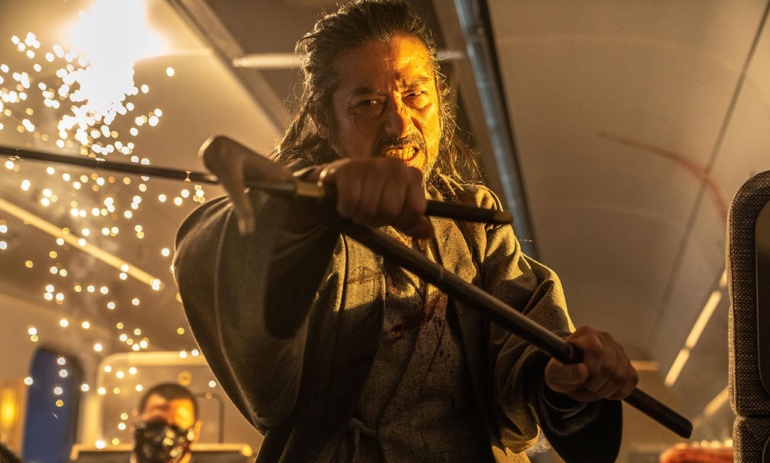 “High-speed train” causes exceptionally pleasant impressions. Even too pleasant, considering that none of the promotional materials for the film could convey how good and detailed the picture is in every scene. Of course, there are no supernatural sensations here, but everything that is in the movie, it does at an amazing level. If style is one of the main elements of pop culture for you, then High Speed Train may become one of your favorite films. But in other cases, you definitely won’t regret watching it.

Cons: the last third is somewhat dull compared to previous scenes, the adaptation has lost the poetic language of the novel

Conclusion: Bullet Train could be the next stage in David Leitch’s career. This is a movie in which style does not prevail over meaning, but successfully combines with all the elements of the scenario to create a bright and reasonable action. The result is an intense action game with too much good stuff to dislike.