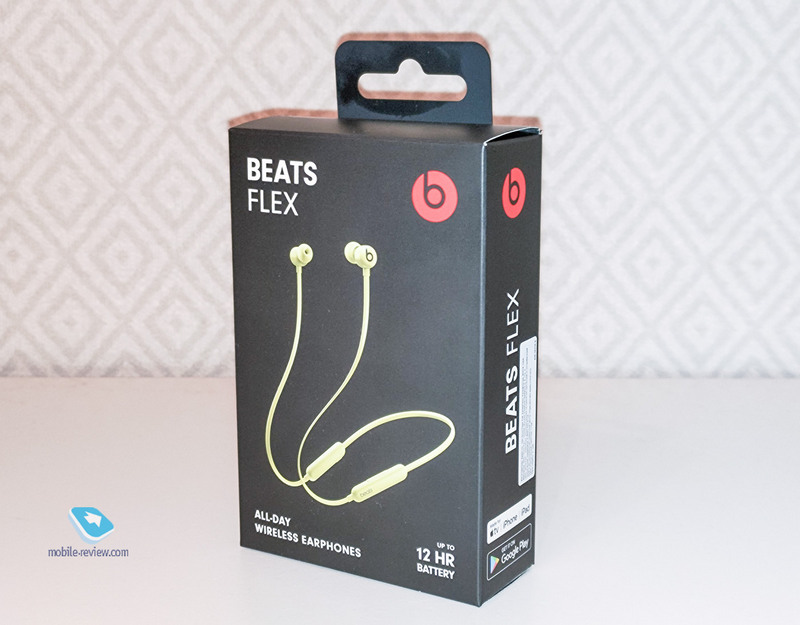 The announcement of the Beats Flex, on the one hand, is not entirely obvious to the general public. The return to the Beats X form factor is an odd decision by Apple as a trendsetter for TWS headphones. In addition, the new model costs more than half the price, while improving the user experience of its predecessor in some aspects. Something doesn’t add up within the Beats line itself.

But it is worth remembering the main feature of the new iPhones, and everything in general falls into place. At this stage, making AirPods cheaper is not so easy, and not very profitable, the product is popular, and the manufacturer wants to continue making money on it. Looking for an inexpensive alternative for those who have bought an iPhone and are in the store thinking about new headphones. And here it is, next to it, on the shelf and inexpensively. A person who has already paid from 70 rubles for a new smartphone with an apple is likely to find another 000 for branded headphones with magic from Cupertino. Yes, not TWS, but AirPods start at 5 rubles, so we count the hit to a wide audience in absentia. Let’s continue talking about the trends with the bundle. The Beats Flex box has become an order of magnitude smaller and does not look as premium as, for example, the Powerbeats Pro packaging. It is made from recycled materials and minimized plastic content inside, echoing Apple’s recent commitment to the environment and to minimize its carbon footprint. So, the complete set has lost a carrying case and an additional set of ear tips, here are only ordinary tips. It would have been possible to abandon the documentation, limiting itself to a reference to the necessary manuals, but so far they have decided not to touch the pieces of paper. But that’s not all the changes. In the box with the Beats Flex, the user will find a short, reversible Type-C cable. Yes, this connector is used here, this is the first model of its kind in the Beats line. This move will be appreciated by many who are not locked in the Apple ecosystem and already use Type-C peripherals and devices. It is clear that not all such ports are equally fast, but in the context of headphones, there will not be much difference. Visually, compared to the Beats X, not much has changed: the highlighted block with the control keys has disappeared and the colors have changed slightly. A bright version in the color “yellow citrus” visited the test, there is also a black version with red accents, a classic range for the line. Subsequently, two more colors will appear – gray and blue. The headphone cable is made of nitinol, a nickel-titanium alloy, and is lightweight and barely felt when worn. However, if you play sports in the Beats Flex, then the sensation from sweat will be more accentuated, as in the case of using headphones under a tight throat, for example, outerwear. No outdoor protection is declared, so running in the rain with the Beats Flex should be treated with caution. Playback and calls are controlled by means of a multifunctional key, which is located on the part of the panel adjacent to the neck on the cable under the left earphone. The button is small, pressed tightly and silently. Next to it is a mesh that covers the hole for the microphone, on top is a double volume control key, on the bottom is a charging connector. On the right panel there is only the on / off key, it is located at the bottom. Long-term use of Beats Flex does not cause absolutely any negative sensations: the ears do not hurt or “get tired”, at first the attachments periodically tried to get out of the sink, the change in the size of the attachments helped. Commands for control are standard: single press – pause / play or answer a call / hang up, double press – next song, triple – return to the beginning of the current song or go to the previous one, long – call a pre-configured voice assistant. The Beats Flex uses the Apple W1 chip. He is responsible for the improved operation of the sensors that stop playback, in this case – when the magnetic pads close on the “droplets” themselves. In addition, the headphones will pair with Apple devices as quickly as possible. After the first sync, they will automatically be added to the list of devices in Apple ID, and you will be able to quickly switch between active Apple headphones.

Of course, for Android users, this does not make the weather. For them, the Beats app is still available, there are several settings, a user manual and an option with headphone registration. The application itself is colored in the color of the headphones. When pairing, a window with data on the current charge of Beats Flex flies out, also a standard “chip”, except that in the same Powerbeats Pro this element was beautifully animated.

Headphones can be connected to two devices at the same time to listen to music on one and receive calls from the other, convenient but not revolutionary.

The headphones sound, on the whole, not bad: pronounced low frequencies, the voice stands out well in compositions and during a conversation. There is a lack of midrange, but not everywhere, only in some tracks. The soundstage is not the widest, the detailing of the instruments is at an adequate level. At maximum volume, some compositions begin to “poke” a little, hardly anyone will use this level for a long time, it is not entirely comfortable. The overall sound impression is positive, artifacts are minimal, speech is transmitted cleanly. By the way, in the settings on iOS, you can choose the default microphone, left or right. There is no active noise isolation, passive noise cancellation allows you to listen to music tolerably both in transport and on the street. Yes, there will be sound leakage, as well as individual sounds from the environment. When going out into the street, there is a desire to slightly increase the volume, literally a couple of divisions are enough. It is clear that AAC / SBC will not greatly delight audiophiles, on the other hand, hardly any of these specialists will buy wireless headphones for 5 rubles.

Beats Flex can last up to 12 hours on a single charge when listening to music at 50% of the total volume. A full charge takes just over an hour and a half, 10 minutes of charging is enough to listen to music for 90 minutes. Convenient when you forgot to charge your headphones before leaving the house. Hail Type-C! In the segment up to 5 rubles, Beats Flex compete with such models as JBL Reflect Response and UA Sport Wireless Flex, Sennheiser Momentum M000 IEBT, Sennheiser CX 2BT and others. On the side of the Apple model – good ergonomics, decent autonomy and, in general, adequate sound. The lack of support for advanced audio codecs can force you to choose other headphones.

The model has every chance of becoming popular due to its cost, but it does not offer anything radically new. Nice-to-use earbuds that take us back to the pre-TWS era, which may not be pleasant either. The overall testing experience is more positive, mainly due to the versatility of use and the lack of closeness within the ecosystem.