AMD today announced the launch of Ryzen Treadripper PRO 3000 Series Workstation Processors. Previously, these chips could only be purchased as part of ready-made workstations, but now they will be sold in retail stores as a standalone product. 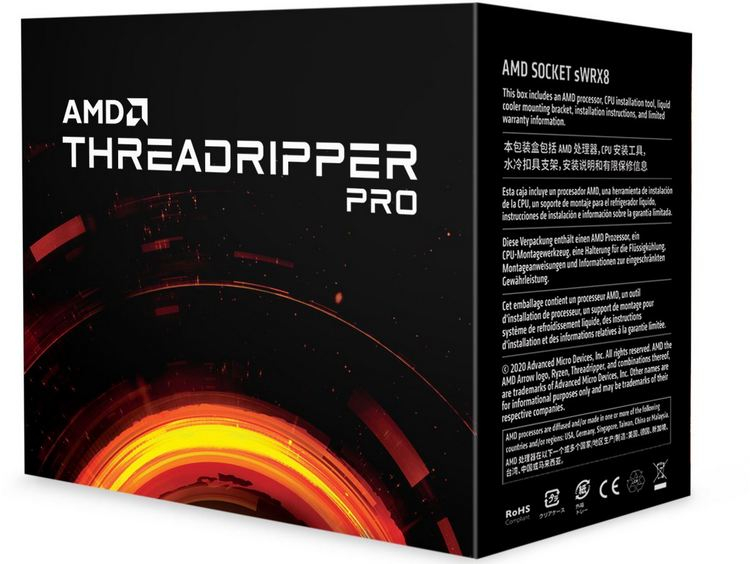 All of these processors are designed for the sWRX8 platform, which is distinguished by support for eight-channel DDR4 memory (both regular UDIMM modules, as well as RDIMMs and LRDIMMs) and 128 PCIe 4.0 lanes, respectively, instead of four memory channels and 64 PCIe 4.0 lanes in the usual Ryzen Threadripper. Thus, the Ryzen Threadripper PRO are essentially the desktop version of the EPYC Rome server processors.