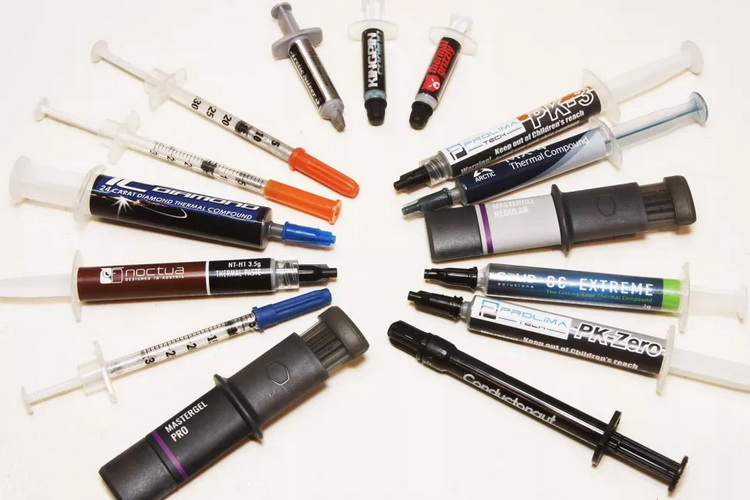 To eliminate the influence of external factors, testing of thermal interfaces was carried out using the same computer components. In particular, a ten-core Intel i9-10850K was used, overclocked across all ten cores up to 4,6 GHz at a voltage of 1,190 V, an MSI Z490 MEG Godlike motherboard, 16 GB of DDR4-3600 standard RAM and a Gigabyte GeForce GTX 1050 Ti video card. 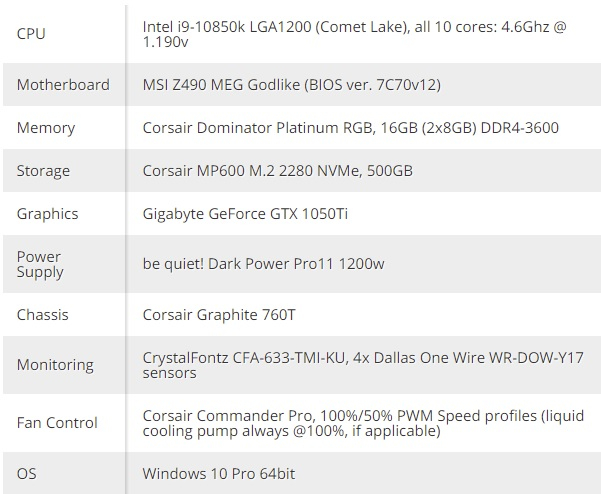 For a more complete assessment of the effectiveness of a particular thermal paste, the resource tested each of the samples participating in the test three times:

Based on the testing results, the following leaders were selected. 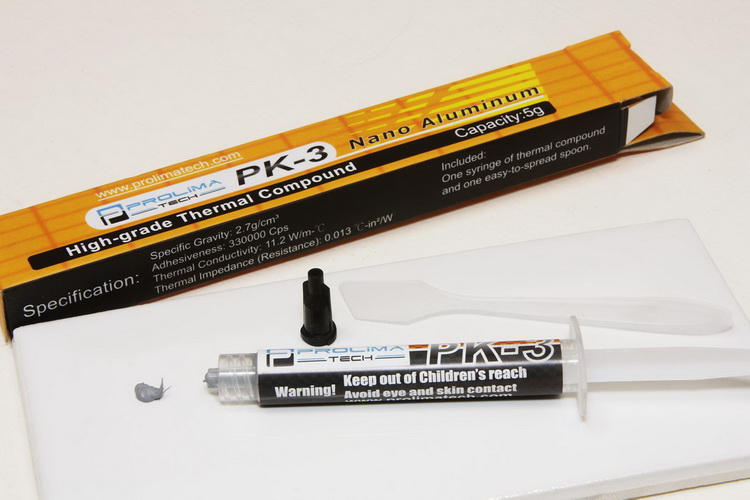 In category “best premium regular thermal paste»The first place was given to ProlimaTech PK-3 Nano Aluminum, which contains aluminum oxide and zinc. At $ 3,60 per gram, this non-conductive, moderately viscous thermal paste has a thermal conductivity of 11,2 W / (m K). Among the advantages of the thermal interface, the resource highlighted its stability – the composition does not lose its properties over time. In addition, the paste is easy to apply and remove from the processor cover. 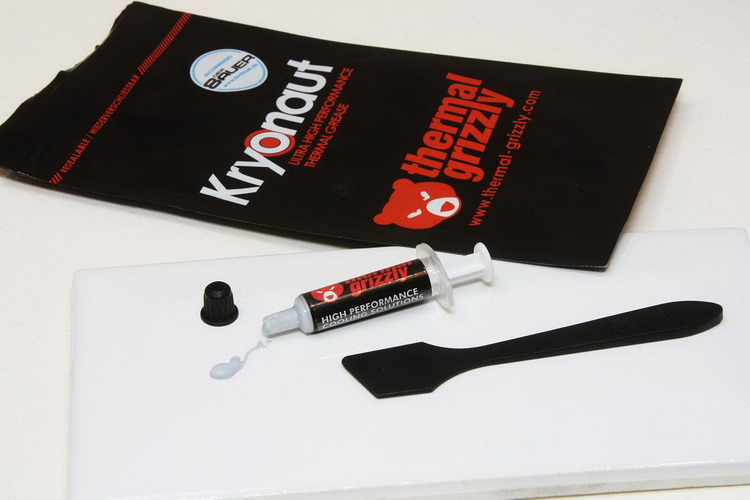 Thermal Grizzly Kryonaut got the second place in the category of expensive thermal pastes. This thermal paste is also non-conductive and has a thermal conductivity of 12,5 W / (m · K). This moderately viscous thermal interface is easy to apply and remove, and does not lose its properties for a long time. The only drawback of this sample is its price. The cost of the proposal is $ 9,99 per gram of thermal paste. 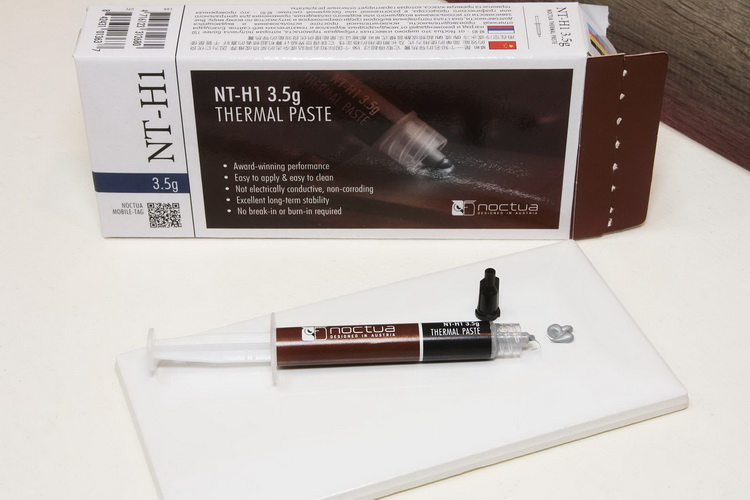 Best in category inexpensive thermal greases according to the test results Tom’s Hardware turned out to be Noctua NT-H1. It is non-conductive, has a relatively viscous and stable composition that is easy to apply and remove. The paste is supplied in a small syringe with a screw cap that preserves the durability of the composition. For most assemblies, this thermal paste is an excellent choice. Its cost is $ 2,26 per gram. 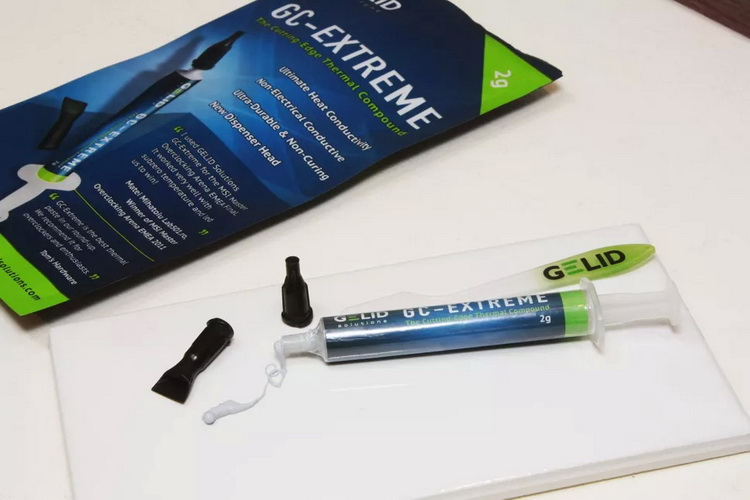 The second place in this category went to Gelid GC-Extreme thermal paste at $ 3,70 per gram. Its thermal conductivity coefficient is 8,5 W / (m · K). This thermal grease has a moderately viscous composition, which allows it to be evenly distributed over the entire area of ​​the processor cover. As a disadvantage of this thermal interface, the resource highlighted the feature of applying thermal paste. To do everything right, you need to very slowly push the plunger of the syringe. Thermal paste is easily wiped off the surface of the CPU or cooler.

Go to the category “best expensive liquid metal based thermal interfaces“. As a rule, due to their high thermal conductivity, such solutions are used to cool processors undergoing extreme overclocking, providing the best heat transfer coefficient from the hot processor cover to the base of the cooling system. At the same time, they have a number of serious drawbacks: they conduct current, which creates a risk of damage to other elements of the computer system, and it is very difficult to apply them correctly. And also, usually the cost of such thermal interfaces is much higher than that of conventional thermal pastes. 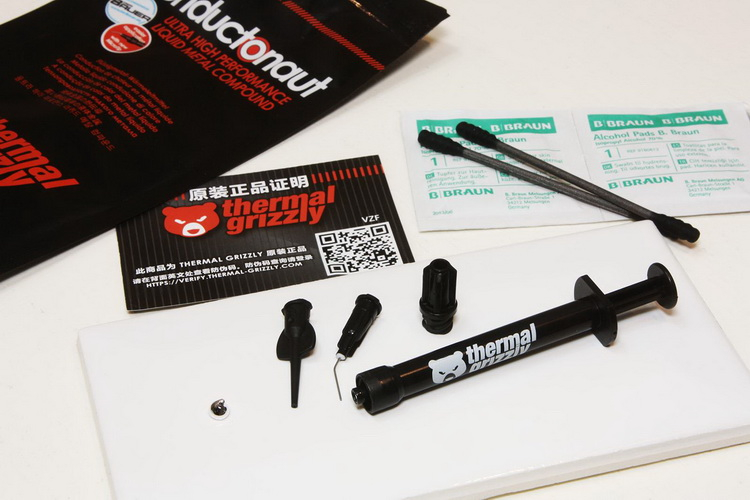 The first place in this category was given to the Thermal Grizzly Conductonaut thermal interface based on liquid metal. Its thermal conductivity coefficient is 73,0 W / (m · K). It is easy to clean, however, it requires very great care in its application. For this, a syringe with a tip in the form of a capillary needle-applicator is used. Excess applied composition can be removed using the extraction tip by pulling the syringe plunger upward. Thermal Grizzly Conductonaut proved to be the most effective of all tested liquid metal thermal interfaces. However, you have to fork out for it. The cost of one gram of the substance is $ 22,99. 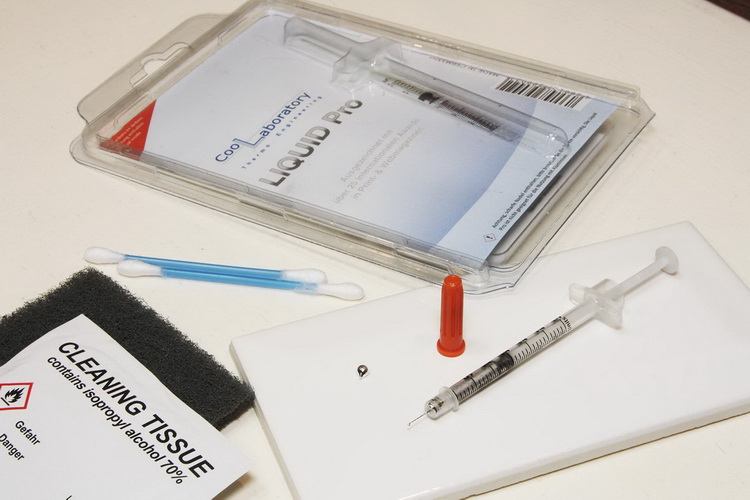 The second place in the category of premium thermal interfaces based on liquid metal was given to the CoolLaboratory Liquid Pro composition. Its thermal conductivity coefficient is 79,0 W / (m · K). Cost – $ 25 per gram. This thermal interface is also applied to the processor cover using a syringe with a capillary needle tip. The kit also includes a sponge for cleaning excess liquid metal and an alcohol-impregnated swab to prepare the site for applying the thermal interface. Application of the formulation is facilitated by using cotton swabs to spread over the entire processor lid with moderate pressure. It should be remembered that the liquid metal thermal interface reacts with some types of metals, for example, aluminum. Some users of this solution have also noted a chemical reaction with copper. 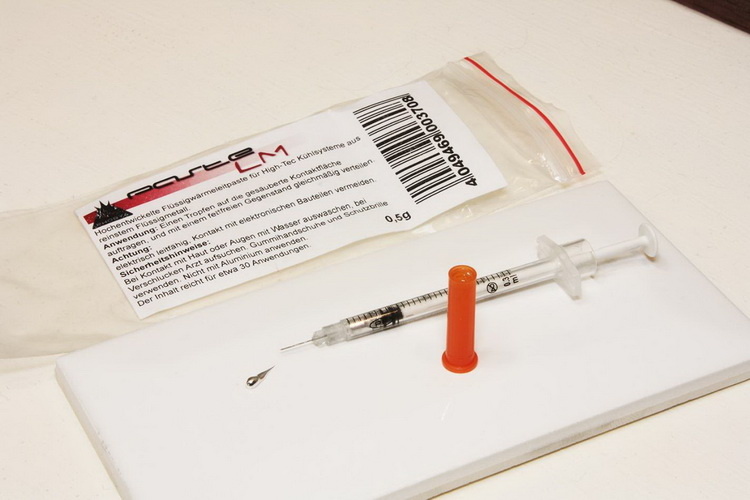 In category “best inexpensive liquid metal thermal interface»Victory went to Phobya Liquid Metal Compound LM. The manufacturer does not indicate the coefficient of its thermal conductivity, but Tom’s Hardware notes the high efficiency of this solution. At more than half the price of the most expensive liquid metal interfaces on this list, the performance of the Phobya Liquid Metal Compound LM impressed reviewers. In some cases, the composition turned out to be even more effective than CoolLaboratory Liquid Pro and Thermal Grizzly Conductonaut. The cost of the composition is $ 9,00 per gram of substance.

Like the contestants above, Phobya Liquid Metal Compound LM is applied to the processor cover using a syringe with an applicator needle and then evenly spread over the area using a cotton pad. May enter into a destructive reaction with aluminum and other metals.

The effectiveness of each of the above thermal interface can be assessed in the diagrams provided Tom’s Hardware… Tests were carried out using the Prime95 app. In the first case, the efficiency of thermal interfaces was tested using the Noctua NH-D15 air processor cooler with a low pressure to the processor heat-distribution cover. The results are as follows: 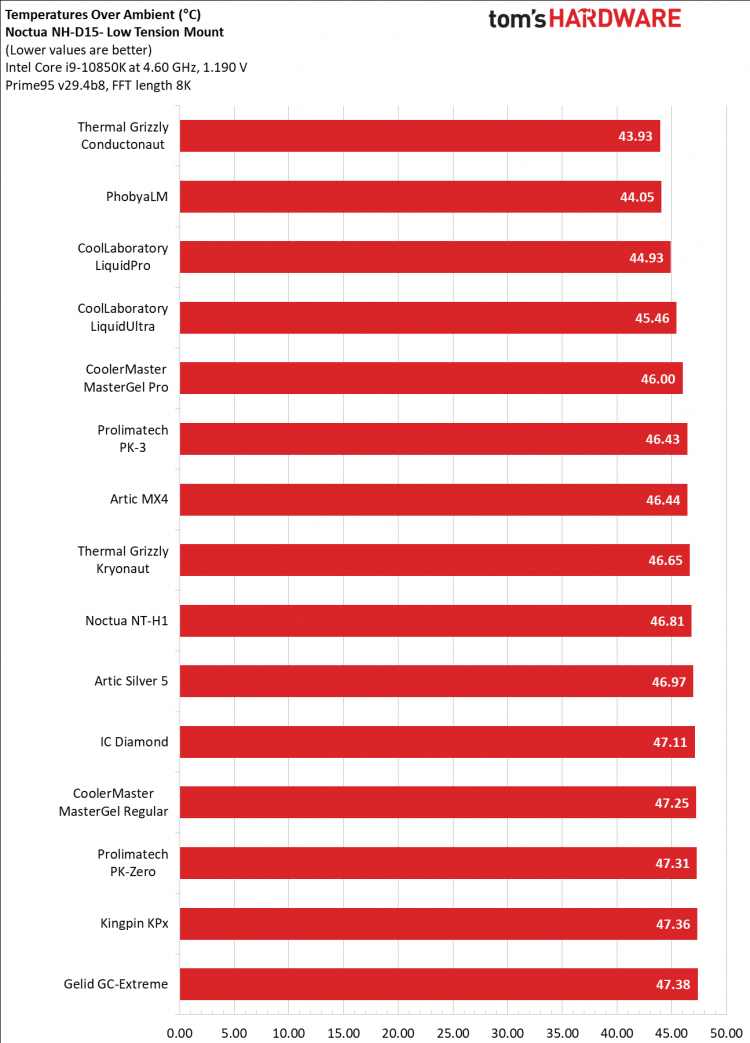 The second test was carried out with the same cooler, but with a large pressure on the heat-distribution cover of the processor. The results are as follows: 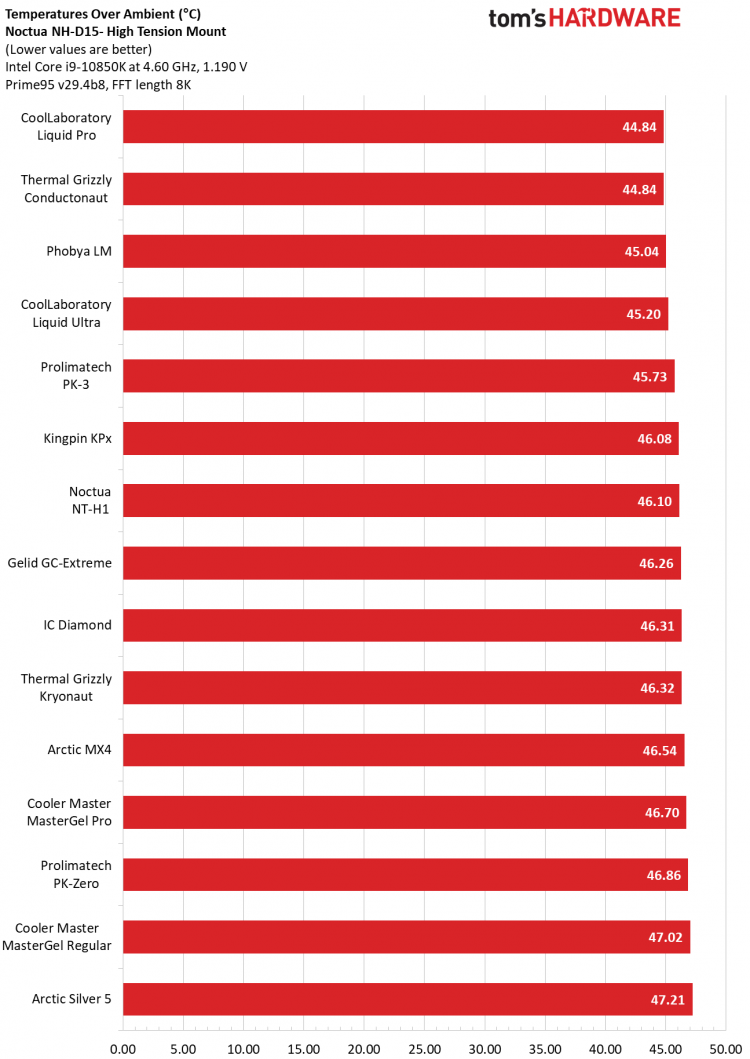 In the third test, the EK AIO Elite 360 ​​liquid cooling system was used with a large pressure to the processor cover: 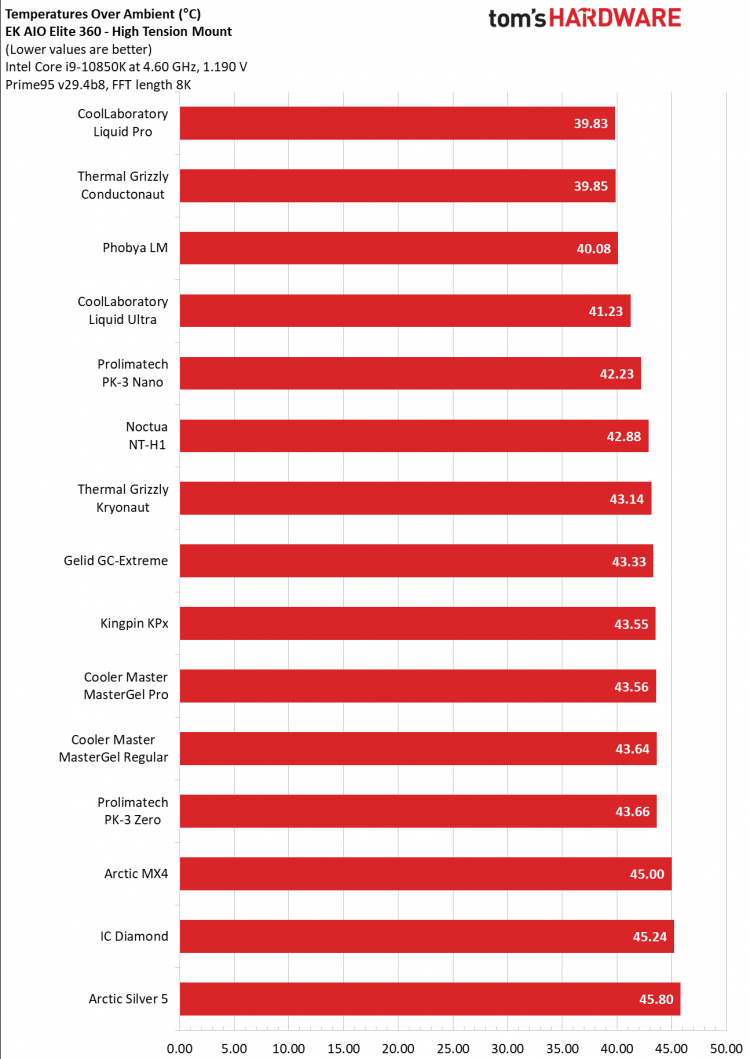 The resource also cited the results of tests of the effectiveness of other thermal interfaces, which were carried out earlier. You can see them in the gallery below.