Tattoos are a fairly popular form of personal expression. However, European researchers have created what they call the world’s first light emitting tattoo based on OLED technology. In addition to looking pretty interesting, it can serve as an indicator of potential health problems. 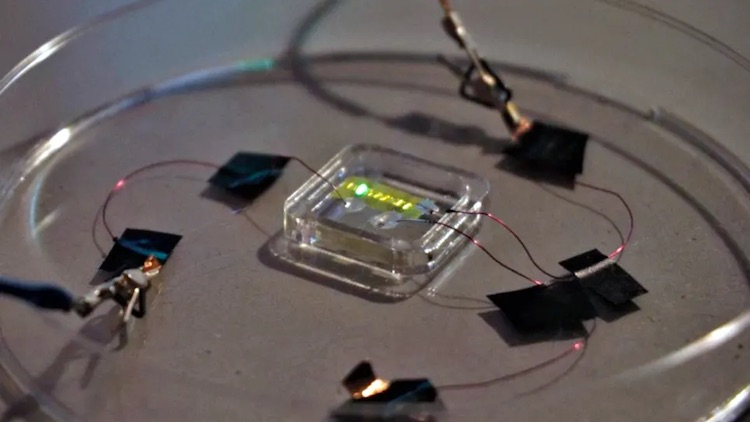 Usually, people use tattoos to preserve the memory of an important event or to express their dedication to something, to emphasize their other preferences. However, there are precedents for the use of tattoos for medical purposes. For example, cancer patients undergoing radiation therapy are tattooed with small dots on their skin, which are used as landmarks to accurately target equipment.

It should be noted that the idea of ​​decorating leather with luminous elements is also not new. Previously, people calling themselves biohackers implanted LEDs under the skin, but the result had no practical application other than attracting attention. However, British and Italian scientists went even further. They recently published an article in Advanced Electronic Materials called “Ultra-thin adjustable stand-alone tattooed light emitting diodes“. It describes a technology based on the same principles as flexible OLEDs used in smartphones. Flexibility is especially important for such a device because it must bend with human skin. without causing discomfort.

The design of light emitting tattoos includes an extremely thin layer of electroluminescent polymer that glows when a small current is applied. It is worth noting that the thickness of such a layer is only 2,3 micrometers, which is about a third of the diameter of an erythrocyte. It is placed between a pair of electrodes and sits on top of an insulating layer that is attached to the temporary tattoo paper using a special printing process. Such a tattoo can be easily applied to the skin surface as temporary decals designed for children. As a result, they can be easily washed off when needed. 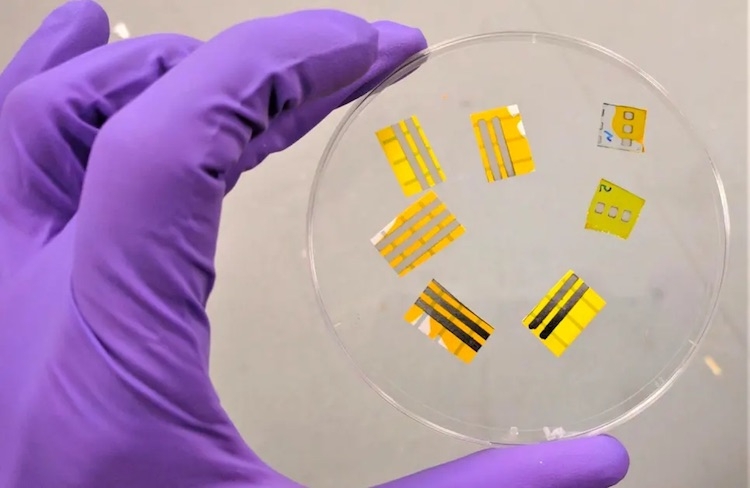 When energized, the OLED tattoo glows green, but the researchers assure that, if necessary, they can be given any color. Scientists claim that such tattoos have great potential as a medical tool. Combined with other technologies, they can be used, for example, as a warning light for athletes when it is time to rehydrate.

It’s worth noting that so far, researchers have only tested the new technology on static surfaces such as paper, plastic bottles, etc. Considering how often human skin is susceptible to mechanical stress, an OLED tattoo applied to it cannot provide acceptable durability. In addition, in laboratory conditions, such tattoos worked from an external power source, which is very inconvenient in the case of applying jewelry to the body, since the user will have to constantly be connected to the power source.