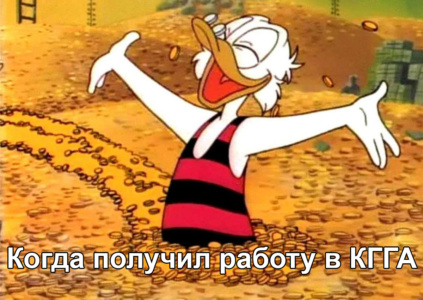 Maksim Bakhmatov presented the results of an investigation into the state of officials of the Kyiv City State Administration, which was conducted by the public organization Office of Transformation based on an analysis of open data.

The investigation was conducted using OSINT technology. At the same time, the organization’s specialists analyzed more than 1,400 declarations of officials of the Kyiv City State Administration, assessed their income, assets and accumulated property, and then identified the TOP-5 people with the largest fortune.

The fourth place was taken by the head of the department of organizational support and control in the Department of transport infrastructure Vladislav Voloshchuk. He owns assets worth UAH 33.5 million.

In second place is Nelya Komissarenko, who holds the position of chief specialist of the housing and communal policy department in the Housing and Utilities Department. It owns assets worth UAH 35.5 million. According to the declarations for 2019 and 2020, she received a salary at her main place of work in the amount of UAH 22.5 million and UAH 23.8 million per year – almost UAH 2 million per month.

The first place was taken by Yuri Nazarov, the former director of the Department of Information and Communication Technologies of the KSCA (he held the position from March 2017 to April 2020). In his position, Nazarov coordinated the work of the Kyiv Smart City project, which includes such areas as the Kyivan Card, the electronic queue for kindergartens, the Safe City video surveillance system, the electronic petition system, etc. According to Maxim Bakhmatov, during this time, Yuriy Nazarov appeared in the investigation of corrupt purchases from companies in which he previously held senior positions (as part of the Kyiv street video surveillance project). As a reminder, auditors used to draw a conclusion about the inefficient use of funds under the Kyiv Smart City program in 2015-2017 .

And a separate “Grand Prix” in the ranking was awarded to the head of the sector of tender purchases of the Department of Youth and Sports of the KSCA Valentina Petryk. Working in the public service since 1996, she and her family acquired 8 cars, 3 garden houses, 8 apartments, a large house in the Kherson region, 8 land plots and a garage.

Tesla shipped more than 343,000 vehicles to customers last quarter, a new record for the company

Late in the evening of October 3, Tesla reported on the volume of shipped cars in the last quarter – the largest manufacturer of electric vehicles in the world rehabilitated after a not very successful second quarter and, despite difficult... Read more

Google plans to gradually roll out a new extension platform for Chrome called Manifest V3. Starting with Chrome 112, in January 2023, the company may start deprecating Manifest V2 support in the early Canary, Dev, and Beta branches. Then in... Read more

We continue the traditional heading “PC of the month”. This time we’re looking at Multimedia, Progressive, and the updated Budget+ category. We decided to expand the range and increase the variety. In the October issue, we will compile balanced system... Read more

Firefly called the demonstration mission “Alpha Flight 2: To The Black.” As the name suggests, this was the second orbital launch for the rocket – on a previous flight in September 2021, one of the rocket’s four first-stage Reaver engines... Read more

The long-awaited launch of NASA’s Space Launch System rocket was pushed back from September 27 to mid-November following news of Hurricane Ian. The space agency has announced plans to launch the Artemis program between November 12 and 27. The SLS... Read more

The State Emergency Service of Ukraine, together with the Eastern Europe Foundation, has developed an online educational course “ Civil Security and Emergency Preparedness ” for students in grades 5-9. The main difference of the new course is that it... Read more

Military bonds appeared in the Diya application – with a maturity of 3 months to 1.5 years and a yield of up to 16%

On October 3, the Ministry of Digital Transformationheld a small presentation at the railway station in Kiev, dedicated to the launch of war bonds, which from today can be bought directly in the Diya application. To access the feature, the... Read more

On October 2, the official ceremony of launching the Hetman Ivan Mazepa corvette into the water took place at the RMK Marine shipyard in Turkey. It will become the flagship of the Ukrainian Naval Forces and will replace the Hetman... Read more

Arming NATO: what equipment does Ukraine dream of?

September 30 became rich in important news on an international scale. In addition to responding to the annexation of Ukrainian territory, President Zelensky announced that Ukraine is applying to join NATO on an accelerated basis. Help Such applications were made... Read more

The idea of moving the power connectors to the other side of the motherboard is not new. Gigabyte has launched its Stealth program, which includes GPUs, motherboards, and other components, and greatly improves cable routing inside a PC case. Help... Read more