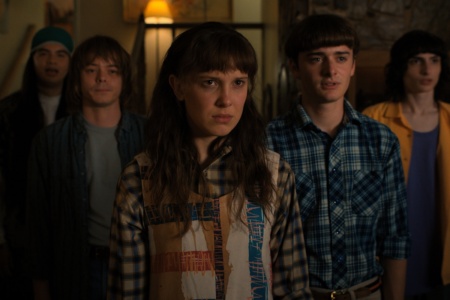 On May 27, a high-profile and long-awaited premiere was released on Netflix – the first part of the fourth season of the sci-fi series Stranger Things, created by the Duffer brothers, was released. The continuation of one of the best and most popular shows – seven episodes out of nine – is already available in the online cinema in the original dubbing (in English) with Ukrainian and Russian subtitles.

The total running time of these seven episodes is just over nine hours. Two more final episodes will be released on July 1, and the final one will last more than two hours. The titles of all episodes were announced at the end of 2021. 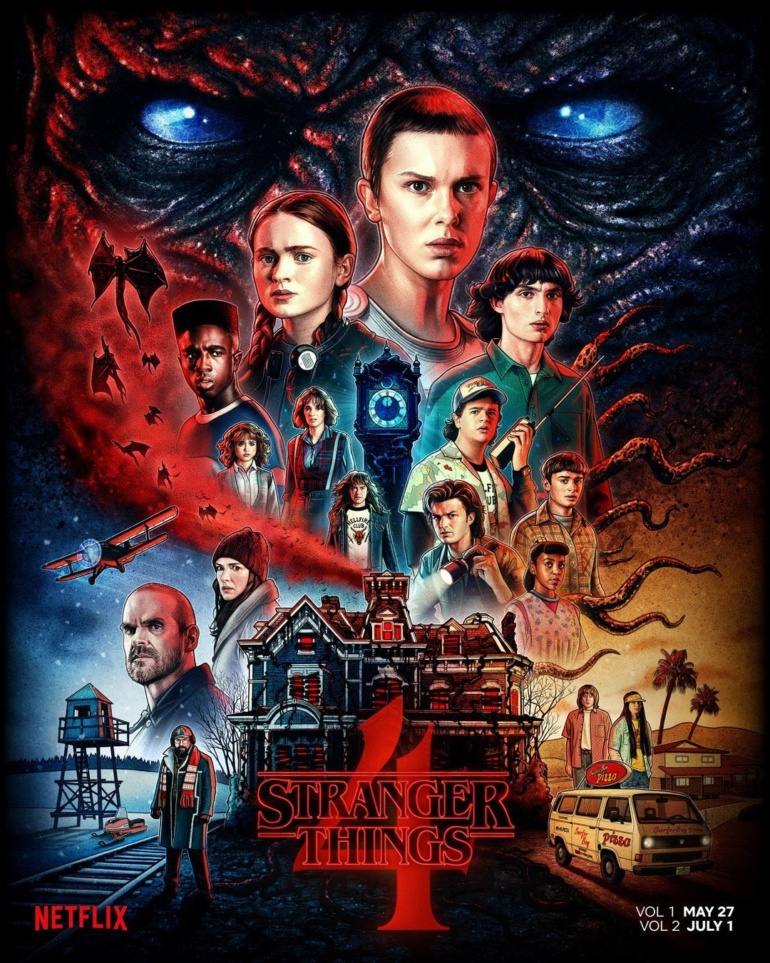 The continuation of the series came out three years after the third season was shown – the events in it take place six months after the previous finale outside the home town of Hawkins for the main characters (served as the setting for the previous three seasons), in particular, in California and … the USSR.

In addition to children – Eleven (Millie Bobby Brown), Lucas (Caleb McLaughlin), Mike (Finn Wolfgard), Will (Noah Schnapp), Dustin (Gaten Matarazzo) and Max (Sadie Sink), who are no longer children (since the release of the first season 6 years have passed – just look at Millie Bobby Brown below ), in the trailer you can also see other main characters performed by your favorite actors – Will’s mother Joyce Byers (Winona Ryder) and Sheriff Jim Hopper (David Harbour).

Stranger Things 4 is now on Netflix!

And here’s Millie Bobby Brown explaining this season in 60 secondspic.twitter.com/hAYE6NdClR

Also, fans in the continuation are waiting for new characters, including the hero of Robert Englund, known for his role as Freddy Krueger, and, of course, new monsters. The heroes will try once and for all to put an end to the troubles from the other world, which is called the “reverse side”.

Critics’ reviews for the fourth season of Stranger Things appeared last week (May 23) – and they were mostly satisfied. The sequel has a score of 68 out of 100 on Metacritic (based on 25 reviews) and 87% on Rotten Tomatoes (based on 70 reviews).

Stranger Things has already continued for a fifth season, which will conclude the current story arc. By the way, back in 2017, the creators of the project, the Duffer brothers, announced that the show would run for at least four or five seasons, but as part of the February announcement, they hinted at a possible spin-off.