Skip to content
Home itc In support of Ukraine, they created an NFT collection with Zelensky. He is in the images of superheroes, stars and athletes 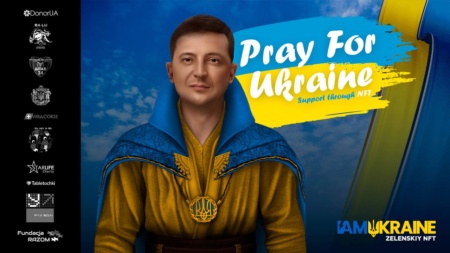 The Ukrainian studio “Ya-Ukraina” has developed an innovative project – Zelenskiy NFT. This is a collection of NFT tokens dedicated to the war in Ukraine. European and Ukrainian charitable foundations have already announced their participation in the initiative.

In the partner material with I-Ukraine, we tell the details about the project and how it will help Ukraine.

The Zelenskiy NFT project was developed by the Ya-Ukraine studio. This is a collection of NFT tokens that is dedicated to the war in Ukraine, as well as to its people. The goal of the project is to help refugees and people who are in dangerous areas.

The team calls Zelenskiy NFT a ChariFi project. This term comes from the words “charity” and “finance”. It is used to denote blockchain projects that monetize charitable activities. The user can earn a profit for participating in various charitable programs and his good deeds.

The I-Ukraine team already has experience in creating large-scale projects from NFT tokens based on blockchain technology. Members have worked with leading startups and Fortune 500 companies in the past.

“We created the Zelenskiy NFT collection to glorify the heroism and solidarity of the Ukrainian people together with President Zelensky,” says the I-Ukraine team.

Find out more details about the project.

What is the purpose of the project

The authors of the project want as many people as possible around the world to support Ukraine. The Zelenskiy NFT collection consists of 10 thousand works of art, which are generated according to a certain algorithm. Each of them depicts Vladimir Zelensky in different images: a superhero, a film actor, an outstanding figure, and so on.

“The idea is to reward good deeds, which will allow people to help Ukraine and receive unique NFT tokens or public goods,” says the I-Ukraine team. “We are talking about a loyalty system where NFT owners will receive discounts from project partners.”

How to purchase tokens 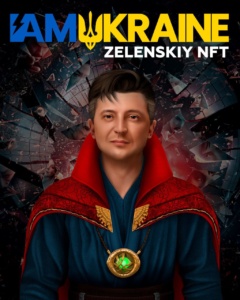 NFT tokens can be obtained in three ways.

First, there will be a pre-sale of 2k NFTs at a price of 0.15 ETH for whitelisted people. This sale starts May 31st. Such a list includes those who fill out the form and become the winner of the drawing.

Another 500 coins go to the reserve fund. On June 2, they will be awarded to war heroes, active community members and winners of various competitions. For example, the I-Ukraine team held a meme contest about Zelensky. Then 20 winners were chosen who will receive their NFTs.

You can fill out the form to be whitelisted here . 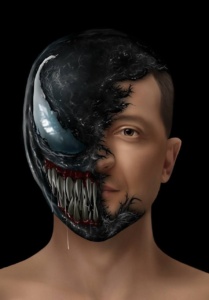 The initiative to create Zelenskiy NFT was supported by charitable organizations and medical institutions both in Ukraine and abroad, including Stand With Ukraine, The Right To Life, People’s Coalition, Med-Soyuz, DonorUA, Sartlife, Hope and Homes, Together ”, BALU and others.

They cover many areas: helping children who have suffered because of the war, food and medicine for people in dangerous areas, raising funds for the Armed Forces of Ukraine, and more.

The rest of the money is used for further development and support of the project.

“We have developed the project for long-term work,” say the authors of the project. “According to the roadmap, after the public launch in early June, the future plans are amazing.”

The IamUkraine studio is going to develop this project further and turn the ChariFi concept into an ecosystem with its products, DeFi services

Royalty payments will be distributed in the same way. Part – between the owners of NFT-tokens on a weekly basis, 4% of 10% of royalties will be sent to charitable foundations of Ukraine and the EU, and the rest of the funds will support the development of the project.

“Zelenskiy NFT is an example of how innovative technologies can be used to bring people together for a good cause,” says the team. “We believe this project also paves the way for new projects based on the ChariFi concept in the future.”

Learn more about the project

affiliate material ?
"I am Ukraine"