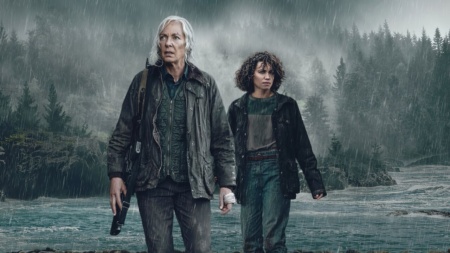 The director of the new thriller “Lou” was the German Anna Foerster. Before that, she directed episodes of various series and already had experience working with plots that featured strong main characters (Outlander and Jessica Jones). Her only feature film until that time was the latest installment in the Underworld franchise, which famously featured a tough female warrior in the foreground. But that movie turned out to be extremely unsuccessful, so now Anna Foerster has a great opportunity to rehabilitate herself. In the review below, we tell if she managed to do it.

In this era, stories of good women fighting bad guys are no longer surprising. Here’s a brand new Netflix movie “Lou”, co-produced by J. J. Abrams, trying to follow the same path. Although feminist motives are present in this thriller, they do not push the entertainment side aside, and for the viewer, what is most important for the viewer is how successful the genre product turned out to be.

An unsociable pensioner named Lou lives somewhere in the wilderness on the Pacific Northwest coast. She skillfully uses a rifle and is already planning to commit suicide with her help, but the unexpected abduction of her neighbor’s daughter Anna requires the woman to postpone her affairs for later and start looking for the kidnapper. It turns out to be the girl’s father, Phillip, a former commando and war criminal, whom everyone thought was dead. The situation is complicated by an unbearable downpour, due to which the heroines cannot contact the local sheriff. Therefore, they will have to take control of the situation and independently enter into an uncompromising confrontation not only with terrible weather, but also with a crazy and very dangerous enemy. 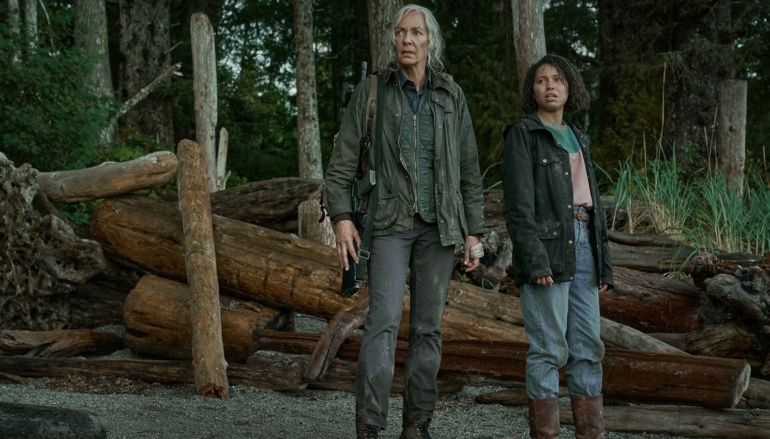 The tape begins slowly, but even in those moments when nothing important happens on the screen, some disappointment is felt, as if something bad is about to happen. This premonition is aggravated by the approach of a storm, which is reported on the radio. And this kind of suspense, setting the viewer in a certain way, seems really appropriate here. With the onset of rain and heavy wind, the exposition ends, and action-packed events begin: the kidnapper is trying to carry out a villainous plan, and two women are chasing him, overcoming all sorts of obstacles in their path. It’s worth noting that this is the most interesting part of the movie, because it’s here that Lou and her newfound partner come to grips with the criminal’s accomplices and the circumstances that work against them.

But as soon as the script begins to gradually reveal its not-too-inventive twists to the viewer, the narrative turns in a completely different direction, and the thriller with elements of an action movie and a survival film now prefers to seem something dramatic, in fact it is not. The ephemeral nature of this drama, its obvious artificiality, is felt mainly due to the indistinct backstory that is mentioned in some fragmentary moments and wooden dialogues. And the result is that it will be difficult for the viewer to empathize with the characters in such adverse conditions and, in the end, to be imbued with this pseudo-drama. 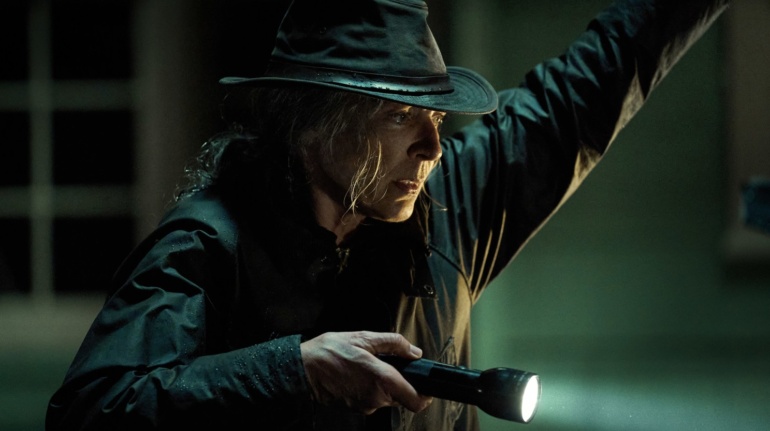 At the same time, “Lou” does not work very well as an action-packed genre project, because there are not so many interesting adventures for the entire duration, and the showdown between the warring parties looks strange, if not pointless. The lion’s share of the action takes place at night, so there are many dark scenes in the film, which deprives the story of quality entertainment. The motives of the villain played by Logan Marshall-Green also do not make much sense, so his actions raise a lot of questions.

As for the titular heroine Lou, her typical genre “dark past” is already read from the first frames, so there is no surprise when the viewer is revealed to who she really is. This is Lorraine Broughton, retired, forced back into her old ways. It was rather unusual to see 62-year-old Allison Janney in such a role, but she adequately coped with this role.

Even at the very beginning, somewhere in the background in the frame, they will show a television speech by Ronald Reagan and a report that the CIA obviously played an important role in the 1953 Iranian coup d’état. This information will be provided for a reason, because in the climax, it will be she who will give an explanation to some events. But the trouble is that these events will have almost no effect on the main storyline and its local conflict, and therefore the political elements in the plot will play a purely decorative role. In general, the authors of the film did not succeed in either a qualitatively disturbing thriller, or a spectacular action movie, and, moreover, at least some kind of poignant drama.

Cons: weak dramaturgy, indistinct disclosure of the background of the characters, pitch darkness in many scenes, a small number of “adventures” that can really captivate

Conclusion: “Lou” is a mediocre thriller that begins to pretend to be a drama as events unfold. But due to a poorly written storyline, it is not able to evoke sincere emotions.