Skip to content
Home Technology Close to the Sun: A Game of Lost Opportunities 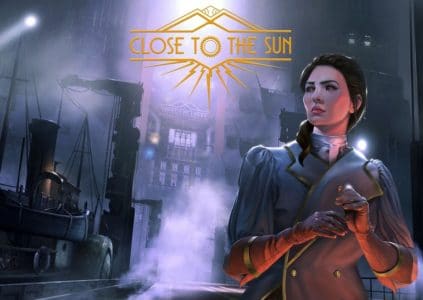 The horror/adventure trailers Close to the Sun from the Italian studio Storm in a Teacup looked very promising. A colossal ship built by a brilliant scientist; fantastic art deco interiors; a mysterious experiment that killed almost everyone on board; the lonely protagonist, who arrived in order to sort out what had happened and save her sister. Not surprisingly, many have decided that we are waiting for something in the spirit of BioShock 2 , BioShock Infinite or Prey . No, Close to the Sun is a completely different game, and by the time you get to the end credits, you want to call it nothing more than a game of missed opportunities.

It all starts with a letter that journalist Rose Archer receives from her sister. Ada Archer is a talented young scientist who works with the brilliant Nikola Tesla on the giant Helios ship he built, which embodies the most advanced ideas of the inventor. An alternative 1897 is in the yard, and the Helios cruising in neutral waters has become a Mecca for scientists from all over the world who, at the invitation of Tesla, live and work on board the ship. Tesla and the Wardenclyffe Corporation (named after the same Tesla Tower) provide them with the most comfortable conditions and help in research. And now Ada Archer asks Rose to come to Helios and help her deal with one problem. Attached to the letter is a strange portable transmitter. Rose sets off on a journey on an automatic shuttle ship, so that upon arrival on board the utopian ship, she discovers that something terrible has happened on the Helios and the ship is quarantined.

The beginning of Close to the Sun is so reminiscent of the BioShock series that you involuntarily expect gameplay in the same vein. Moreover, visually the game is similar to BioShock. On the chic liner, there are many cyclopean rooms decorated in the Art Deco style. Residential apartments; offices; labs filled with bizarre appliances with huge incandescent bulbs and round dials beloved by hipsters; huge ballrooms with marble columns; rooms for rest and games; giant greenhouse; colossal theater; machine rooms; lecture halls; infirmaries… Damn it, it has its own in-ship monorail with many stations designed almost like full-fledged stations. And chaos reigns everywhere, discord and destruction, corpses are lying around … So you are waiting for a splicer to pop out from around the corner and you will shoot it with a bunch of plasmids … But no, this is a completely different game.

Close to the Sun is an interactive story with horror elements. According to the developers themselves, the inspiration for the project was such games as Outlast , Layers of Fear , Firewatch and SOMA. So no role-playing system and shooting, you will leisurely wander around the locations, studying rare documents, communicate by radio with your sister and a couple of other characters, and in case of danger, run away from opponents.

The problem is that unlike the games mentioned above and, again, the BioShock series, Close to the Sun is not good at telling stories through environments. Yes, we quickly realize that there was an atmosphere of paranoia on the ship and the security team grabbed everyone indiscriminately, trying to catch the mythical Edison agents who supposedly entered the ship. Yes, it is clear that Nikola Tesla suffers from megalomania, imagined himself equal to the gods and built a real personality cult on Helios … And that’s it. Close to the Sun, with its predilection for megalomania, is sorely lacking in small stories of individual people, conveyed not through forgotten photographs and newspapers, but through interior details, through bloodstains, body positions, etc. In the same Tom Clancy’s The Division 2 , there are more such background stories in one city block than in the entire Close to the Sun.

However, not everything is in order with the main storyline. In fact, already in the fifth chapter (there are ten of them in total, the title of each refers to some of the ancient Greek myths) you will understand who is the villain in this story and how it will end. Moreover, one gets the impression that initially the game was supposed to be at least twice as large, but then it was crumpled, leaving the end of the story for the second part – Close to the Sun ends literally in mid-sentence. Considering that the game can be completed in just 2, maximum 4 hours, if you explore all the nooks and crannies in search of collectibles, such haste looks like an intentional division of the game into two parts, simply because the authors did not have enough resources and time to finish the project. Yes, 6-7 hours of gameplay, as the developers promise, is not in the game at all.

But what about the horror elements, you ask. Well, formally they are in Close to the Sun. Developers will scare the player mainly with screamers – an ominous shadow that suddenly appears; abruptly closing the door; knocking behind the wall; the enemy who jumped out from around the corner. The tension of the moment is emphasized with the help of a beating heartbeat and disturbing music, and … it does not work. Close to the Sun isn’t scary at all.

Yes, from time to time the developers release opponents against the unfortunate Rose, with whom the girl cannot cope and must run away. But these action-episodes are perhaps the worst thing in the game. In a leisurely interactive story focused on exploring the environment and solving simple puzzles, action elements look out of place, their control is too inertial and inconvenient. And for the arrangement of timings for escaping from the killer at the monorail station of the developers, I really want to curse with the most terrible curses. It took me more than 10 attempts to run away from danger and, judging by the videos on YouTube, this is not only my problem. There are more than five such chases, during which you do not have time to enjoy the environment and how much the light curses the authors, in the game, and this, given its very short duration, is a clear overkill.

What is the result? Close to the Sun has stunningly beautiful, thanks to Unreal Engine 4, art deco-themed locations; there is a good soundtrack; there’s Tesla, which is interesting in itself… and there’s a lot of missed opportunities. These locations would have an interesting story, good role-playing or shooter gameplay, memorable characters … But no, Helios turned out to be beautiful, but completely empty. The developers repeated the fate of their heroes, they flew too close to the sun, forgetting that apart from short-lived wax, there is nothing in their game that could withstand the heat.

Conclusion: Promising in the trailers, Close to the Sun was a game of many missed opportunities.